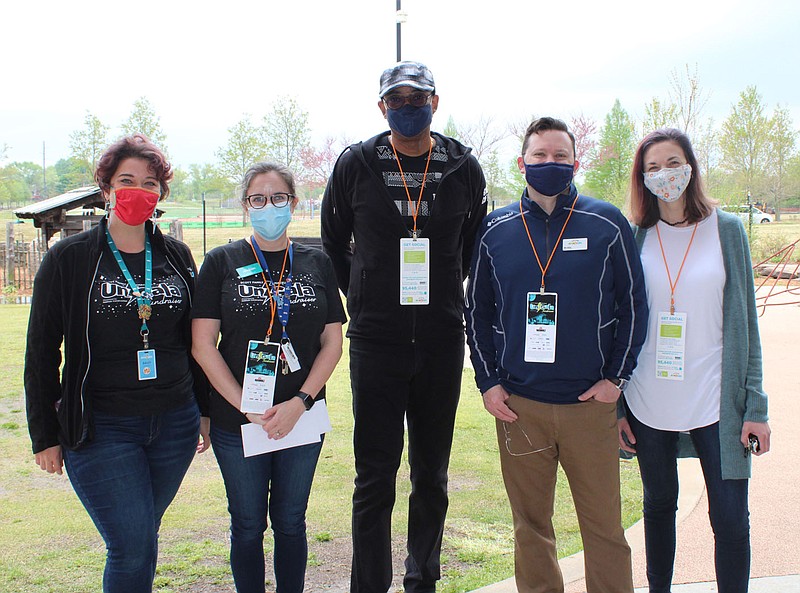 Adults took over the Scott Family Amazeum in Bentonville for a casual day of play April 24 in support of the museum.

During the in-person portion of the two-part UnGala, guests got the chance to unleash their creativity at pop-ups around the children's museum that included playing the Flame Organ; building watercraft using materials such as polyethylene foam, chenille stems, craft sticks, straws and sponges; and a glow in the dark zone working with black-light painting and glow in the dark "scribble machines." Scribble machines are analog robots made from recycled materials that use a battery-powered motor to travel around with highlighters attached.

Guests took their turns playing on the "Impulse" seesaw installation in the museum's parking lot. The installation consists of a dozen "interactive light- and sound-enabled 30- to 40-foot-long seesaws that when activated through play create a dynamic, ever-changing composition of light and sound -- an ever-changing symphony depending on the number of seesaws activated." Impulse will be open to the public day and night through May 10. Admission to the museum is not required.

"The entire Amazeum team wants to thank the community for joining us at this year's UnGala FUNdraiser to support our Amazeum 4 All accessibility initiatives and trusting us to create an event that prioritized the health, safety and well-being of our guests," says Paul Stolt, marketing manager. "After a year of socializing virtually, it felt good to see the joy in people as they playfully explored experiences inside and outside the museum. We want to thank all our sponsors, especially presenting sponsor Nabholz Construction, for making this event a great success."

Stolt tells me Maker Sessions for teens and adults return to the museum this month. Acadia Kandora, museum maker-in-residence, and team members will introduce tools and techniques for block printing. "We are working to engage teens specifically in exploring their personal brand of curiosity." Sessions are set for May 12 and 17 for ages 13 to 17; May 13 and 20 for adults 18 years and older; and May 15 and 22 for ages 13 to adult.

The museum will offer a full slate of day camps this summer with a different theme each day. Theme categories are set to include Take Aparts, Fantasy, Maker Days, Whoa! and Try It Out. Spaces are limited, but you can find more information at amazeum.org/programs/camps/2021/. 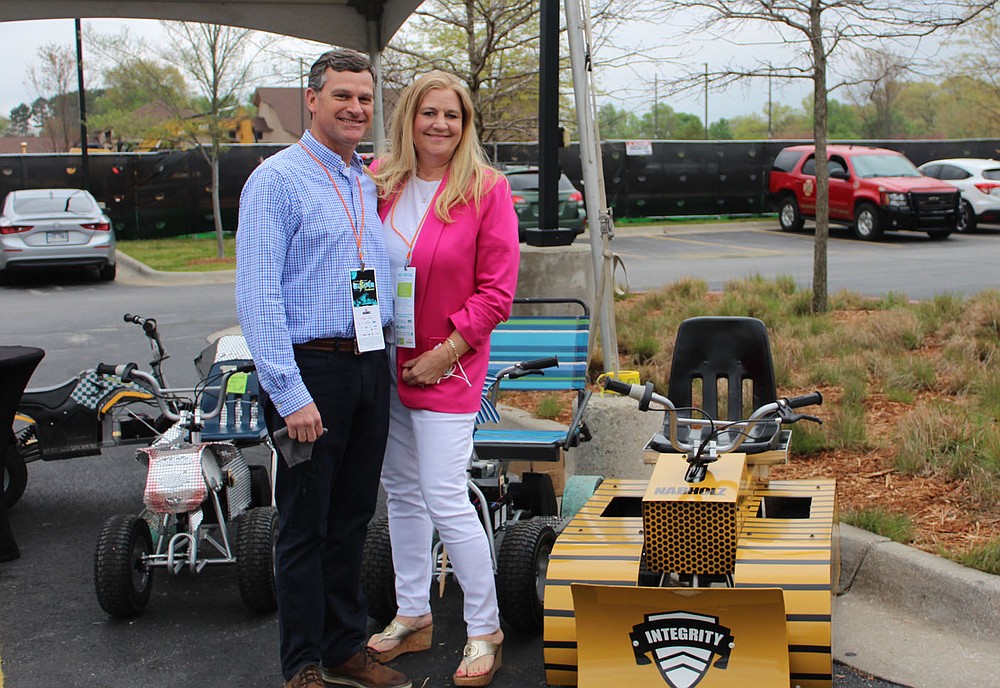 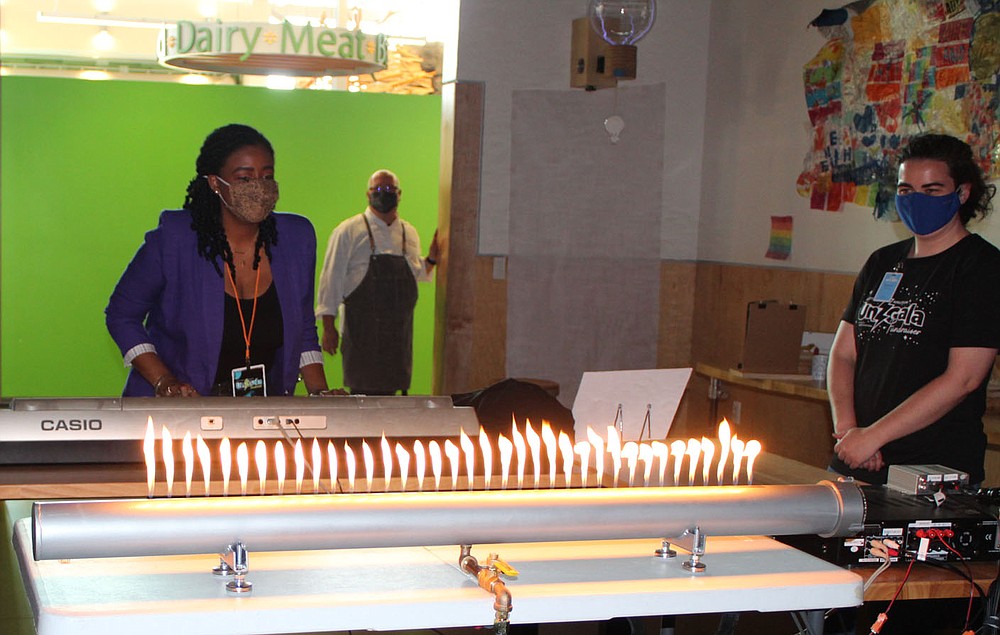 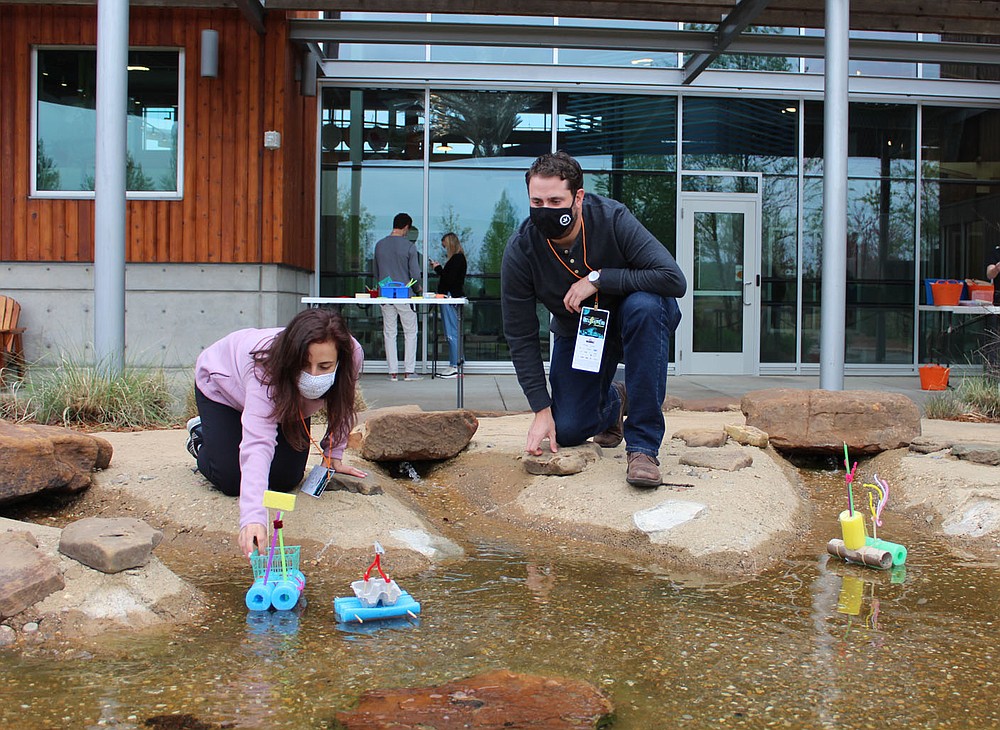 Melissa and Michael Belman launch the boats they constructed at the UnGala. (NWA Democrat-Gazette/Carin Schoppmeyer) 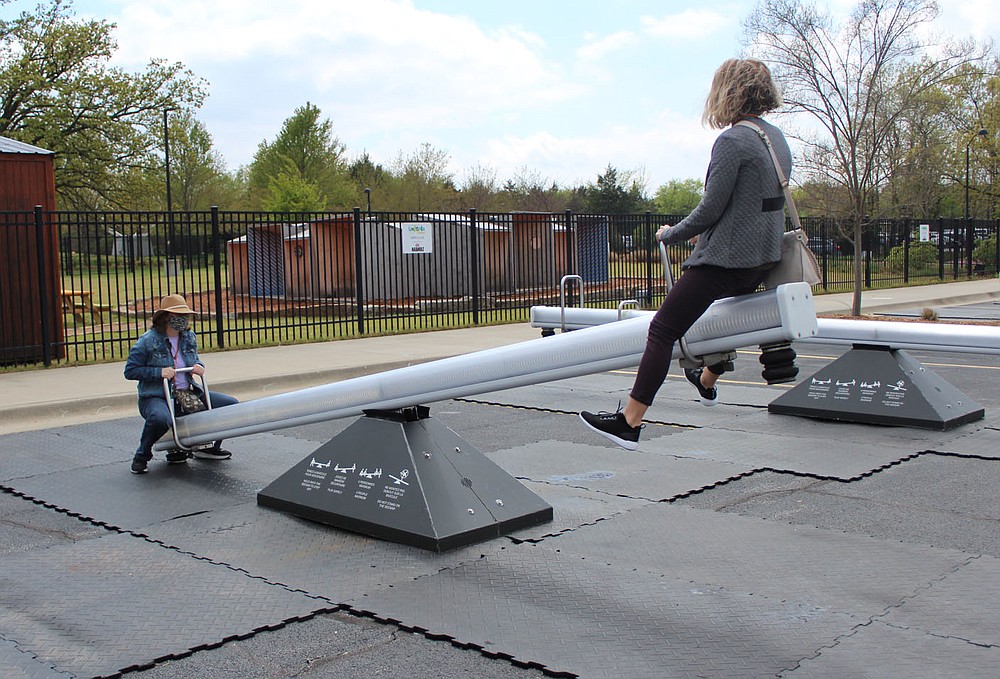 Edna Stanley (right) gets airborne as she and Dora Poage play on the Impulse seesaws installation at the Amazeum. (NWA Democrat-Gazette/Carin Schoppmeyer) 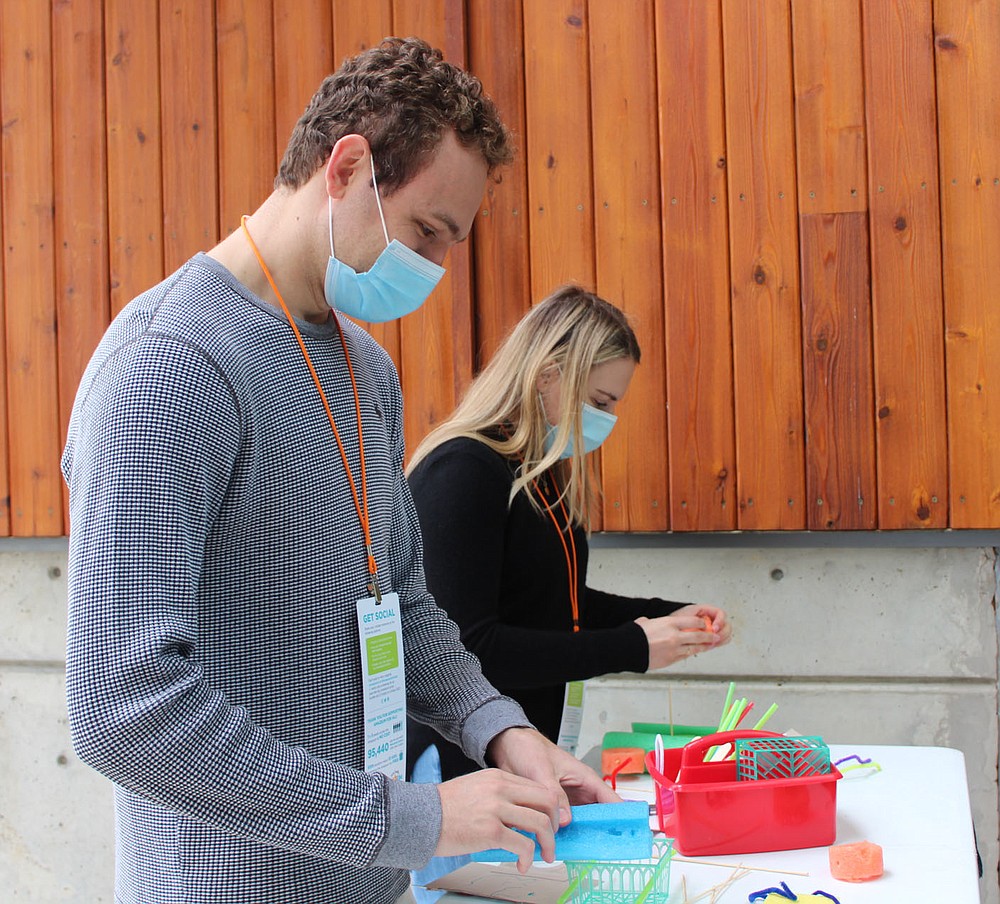 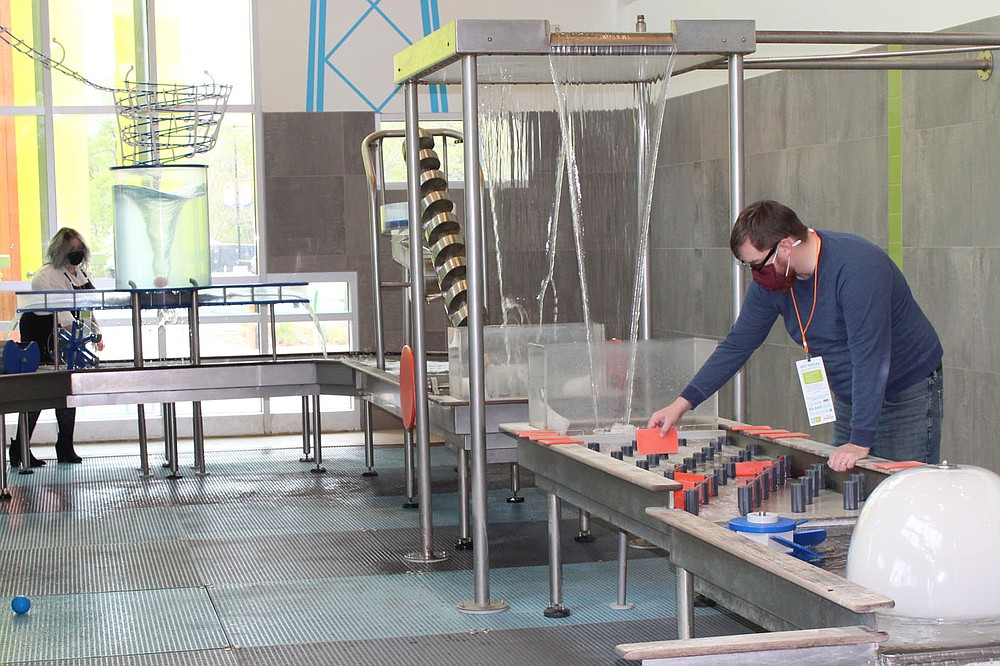 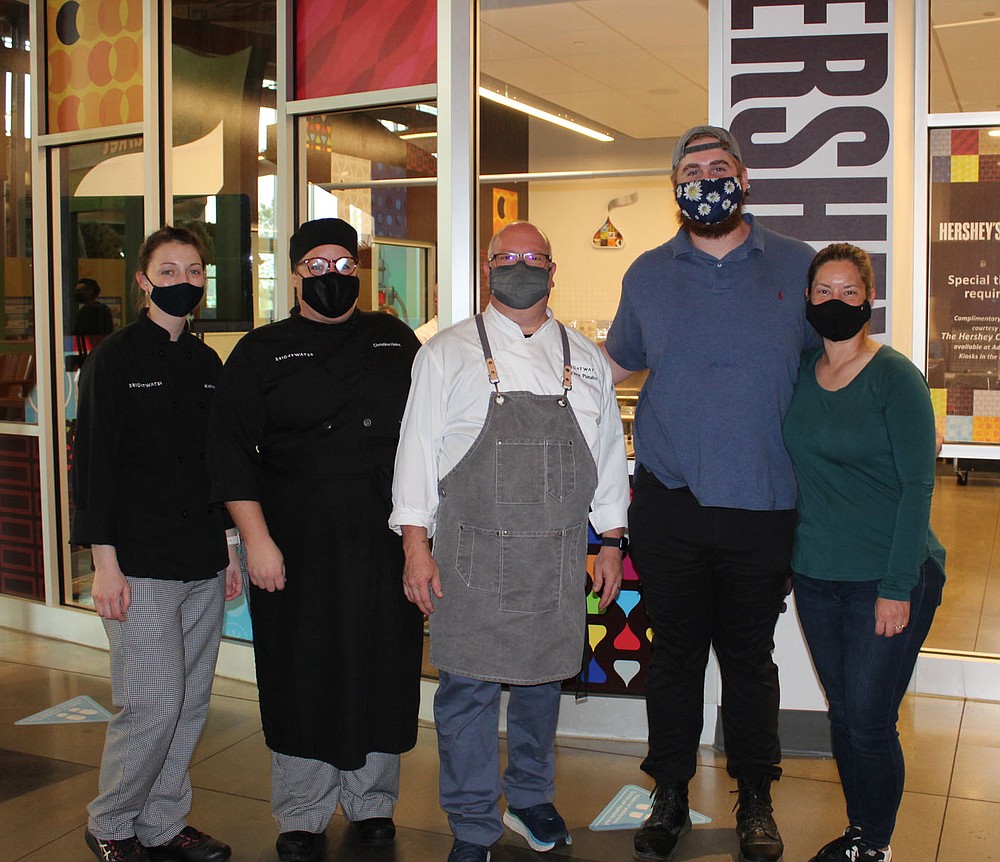 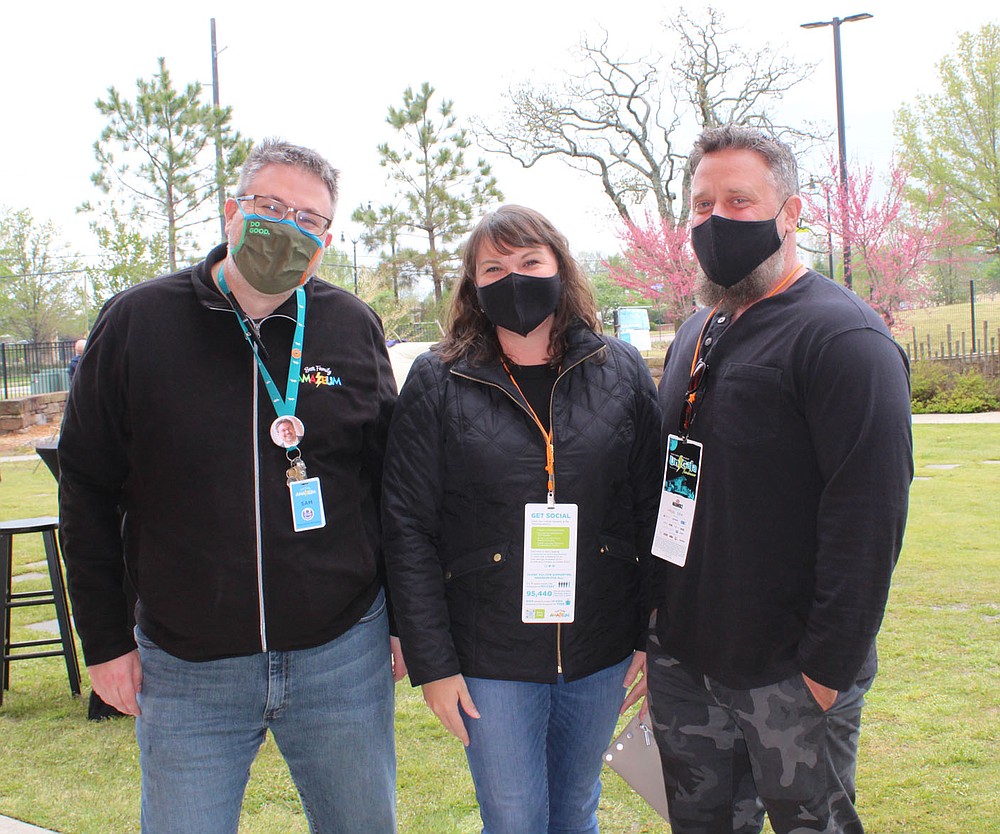 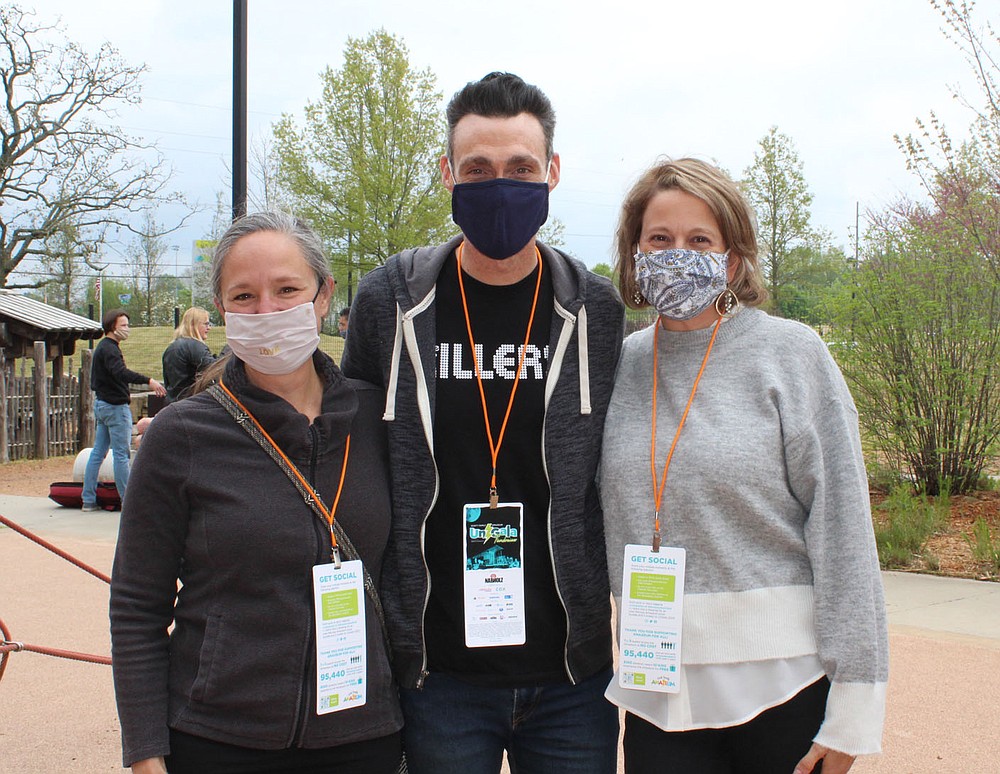 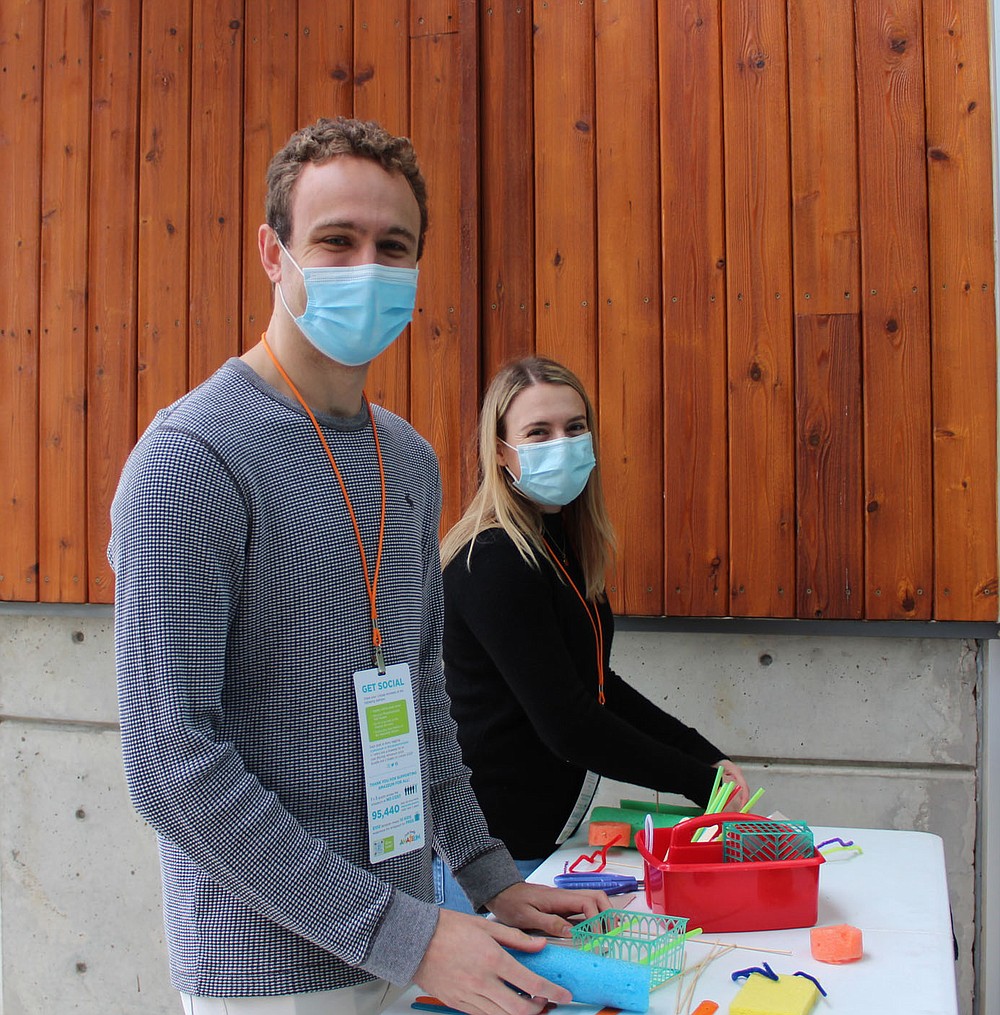 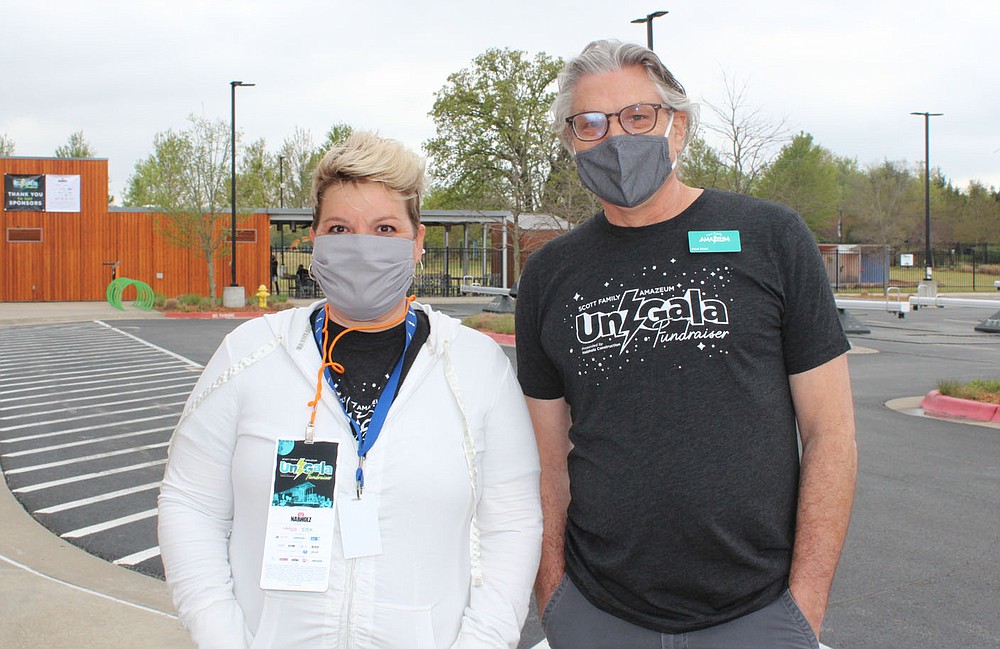 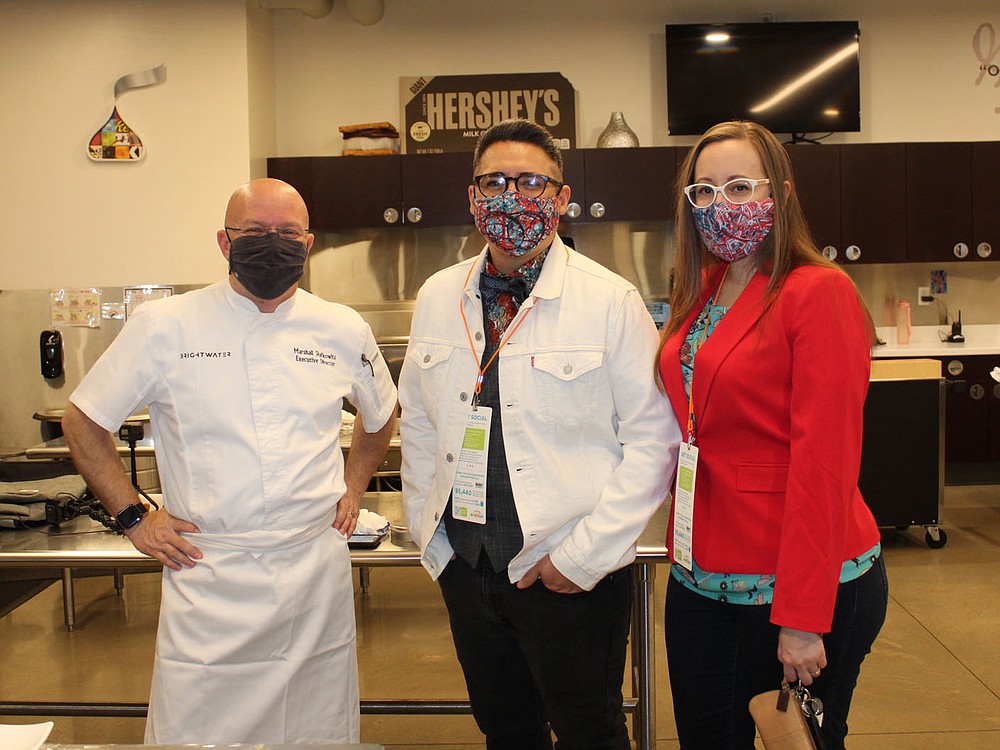 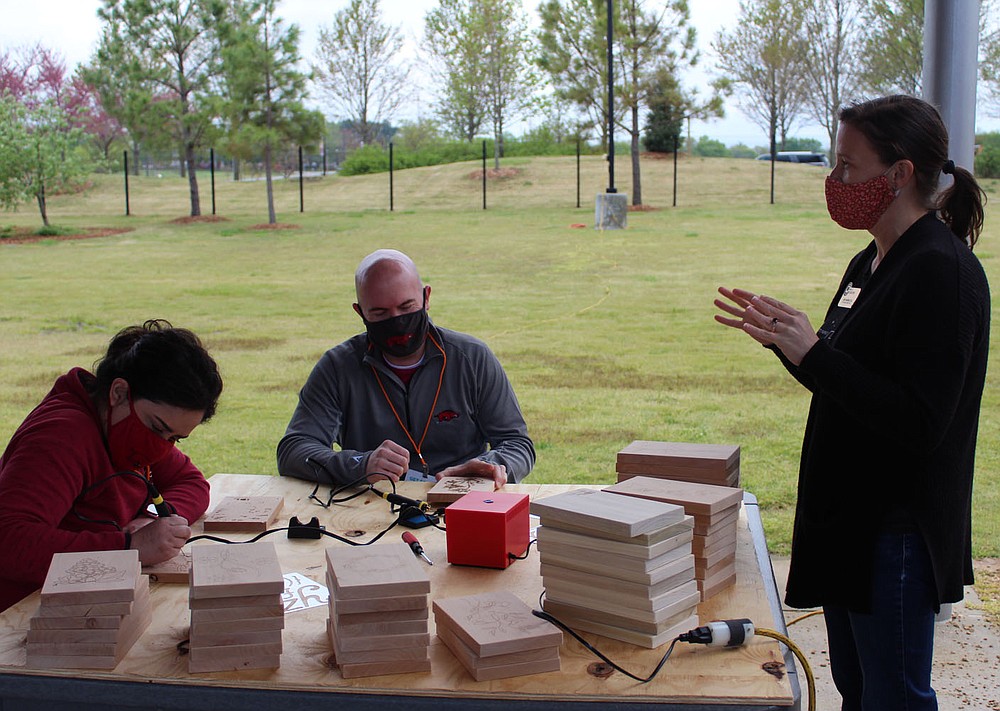 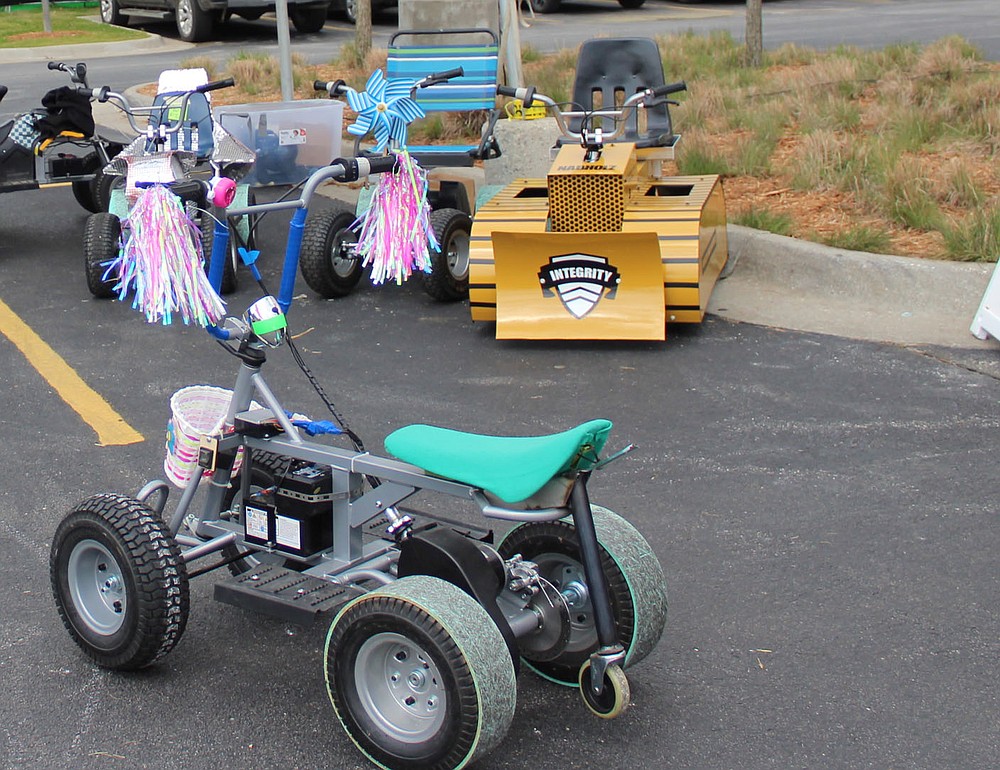 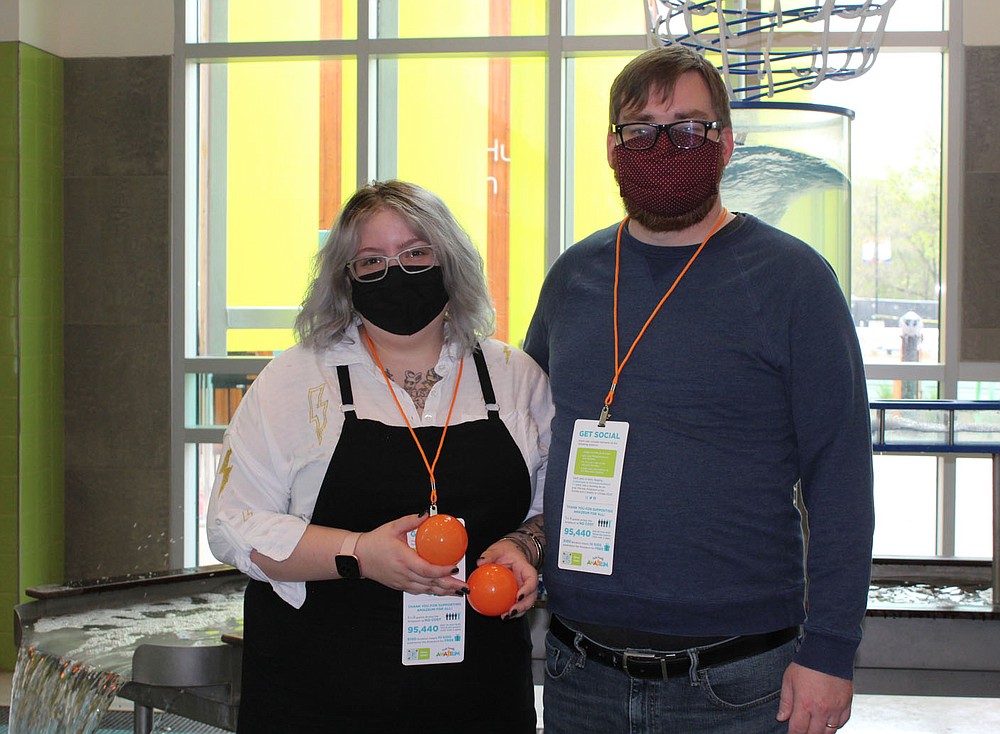 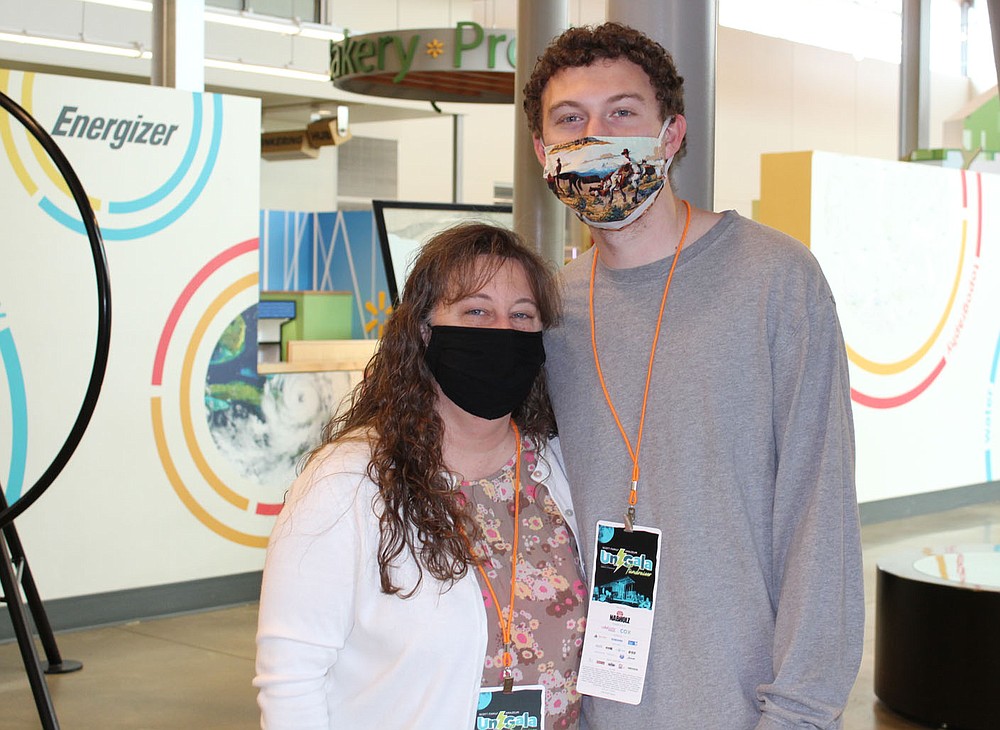 What: Adults took over the children’s museum for a day of play.

Where: The museum in Bentonville