Big split needed for Amazon to get in the Dow 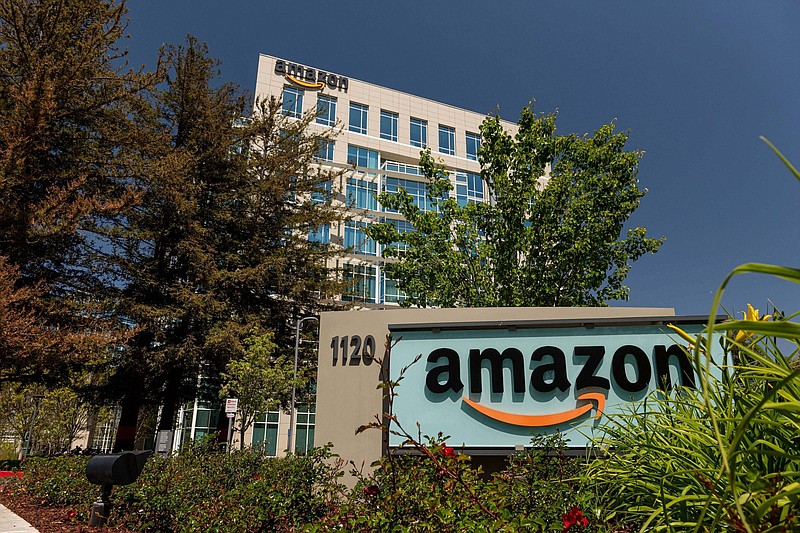 The Amazon Lab126, a research and development company owned by Amazon.com, headquarters in Sunnyvale, Calif., on April 21, 2021. MUST CREDIT: Bloomberg photo by David Paul Morris.

It's a speculation that often blows up around earnings season: Now would be a good time for Amazon.com to split its shares, as a prelude to getting into the Dow Jones Industrial Average.

One byproduct of the stock's relentless surge is that it would take a big split to pull it off.

At more than $3,450, the online retailer's shares trade far too high to be put in the Dow, where the price tag of the stock is what determines its weighting. Even a 10-for-1 split, taking the shares to around $345, wouldn't make it a shoo-in.

"The main problem for the Dow index is that it's price weighted so it matters what the price is -- not the market cap," said Chris Zaccarelli, chief investment officer for Independent Advisor Alliance.

The Dow is a 124-year-old stock gauge made up of 30 blue-chip companies that cover all industries except for transportation and utilities. Inclusion -- or ejection -- from the measure tends to make a splash: in August, Exxon Mobil, Pfizer and Raytheon Technologies were kicked out of the gauge, making way for Salesforce.com, Amgen and Honeywell International.

A 10-for-1 split would make Amazon.com the Dow's third-biggest weighting, behind UnitedHealth Group with a price tag of almost $400 and Goldman Sachs, recently trading near $350.

Keith Lerner, chief market strategist at Truist Advisory Services, says Amazon.com's potential inclusion would be more about prestige than anything else, considering the Dow is one of the most commonly quoted indexes.

"Getting into the Dow is symbolic more than anything and it just shows you that you are a leading company on a global stage and a leader in your industry," he said, adding that a split could make its shares more accessible to retail investors.

Independent Advisor's Zaccarelli agrees that should a potential split bring its per-share price down to between $100 and $300, it could make the stock more attractive to mom-and-pop investors. That's because retail investors "do care what the actual dollar price of the stock is," though institutional investors "could care less."

To be sure, big stock splits are not unheard of when it comes to companies angling for a place in the Dow. Apple, for one, announced it was splitting its shares 7-for-1 in April 2014, nearly 11 months before being added.

The economic benefit from stock splits is almost non-existent. But for retail investors who tend to shun high-priced shares, a stock that suddenly becomes cheaper on face value tends to draw interest, even if just temporarily. It's perhaps one reason why stocks have historically outperformed the market right after a split announcement.

After studying 450 splits among S&P 500 members over the past 20 years, Morgan Stanley found that the stocks tended to beat the market by a median 2.4% between the announcement and the effective date, with a 68% hit rate.

But, inclusion in the index "hasn't seemed to be a focus for some of the tech giants," said Giorgio Caputo, senior fund manager at J O Hambro Capital Management. "They certainly don't lack for index representation at this point." The sector makes up 26.9% of the S&P 500, the index's largest weighting.

Shares of Amazon.com were little changed late last week, with the e-commerce firm approaching record highs ahead of its earnings results, scheduled to be released after the market closes. Some investors are speculating the company could take that as an opportunity to announce a stock split, dividend or buyback program.

A stock split is something that seems nearer than something like a dividend or buyback, Telsey Advisory Group analyst Joe Feldman said on Bloomberg TV and Radio.