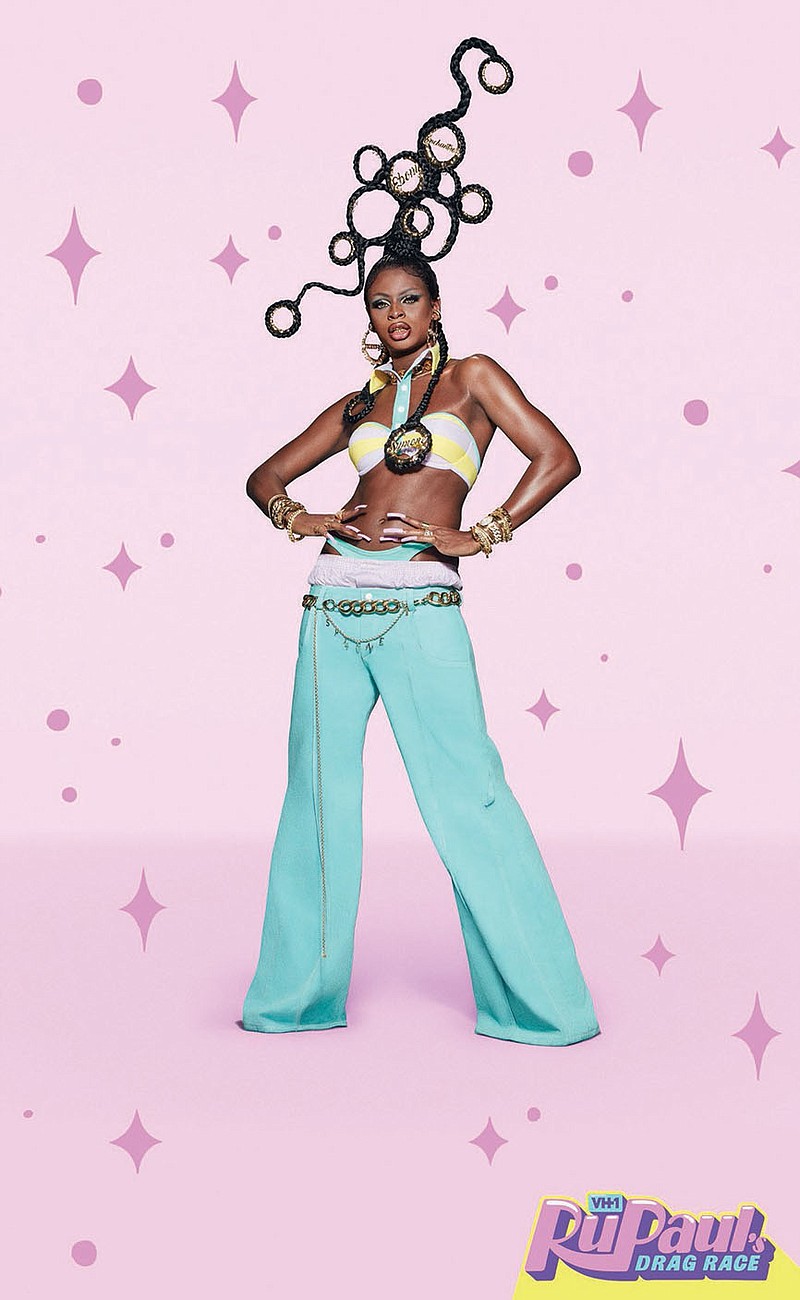 Symone, a drag queen who grew up in Conway, appears in the 13th season of Rupaul's Drag Race. She is the first contestant from Arkansas on the series.

Symone, who grew up in Conway, made it to the "Drag Race" final four against Gottmik, Rose and Kandy Muse in the Season 13 finale April 23 on VH1. Symone's win was announced at 8:30 p.m. and celebrated on the show's official Twitter account.

"It's been so beautiful," Symone said from Los Angeles before the winner was announced. "It's been a lot of joy, a lot of self-reflection and a lot of love. I couldn't have foreseen all of this."

Symone, whose real name is Reggie Gavin, has been a favorite throughout the series and, before she was crowned, had notched the most wins with four.

Tvline.com called her "unforgettable" and raved about her powerful runway work.

"I say this humbly. I came in there strong. I don't know if the girls saw that at first. They probably saw another pretty girl. I look quiet, and I'm not the loudest in the room, but when people saw what I could do in challenges, they were like, 'Where did she come from?'"

Not that it was all a breeze. She had to lip sync for her "Drag Race" life a couple of times during the series.

"Obviously, those times were not fun," she said with a laugh. "But I would not take a single moment back. I learned some things."

Symone lives in Los Angeles with fellow members of House of Avalon, a queer art collective that originated in Arkansas.

House of Avalon member and North Little Rock native Marko Monroe, who designs clothes for rapper Lizzo and others, collaborated with Symone on her "Drag Race" looks.

"Mark is my dog," she said. "He sees me so authentically, and we're able to communicate with each other in a way that is very specific. I can explain to him my inspirations and what I want to look like, and he is able to translate my vision and make it into what I want."

Symone had been watching each week (except for the penultimate episode, when she had to quarantine before the finale) with the other House of Avalon members, which include Hunter Wade Crenshaw, Grant Vanderbilt and Caleb Feeney.

"At first, it was nerve-wracking," Symone said. "I wanted to make them so proud. There was a lot of anxiety for me, but as the weeks went on, I learned to shave that away."

It wasn't unlike her experience on the show, she says.

Crenshaw, who grew up in Bald Knob, first met Symone about seven years ago at the Little Rock club Sway.

When the House of Avalon moved to Los Angeles in 2017, Symone followed a year later.

Crenshaw says Symone's time on "Drag Race" has helped her overcome her insecurities.

Symone says she now sees what her friends saw and says the show was a therapeutic experience.

"I come from a very self-loathing place. I was very shy and didn't really like myself growing up, but going through the competition, I had to make a decision to pull myself up to what I know Symone is. In a way, doing that translated into me out of drag and into my confidence."

She says her family and friends back home were supportive of her rise on the show.

"My mom has been so proud of me, and she has told me about people in my family who I never thought would be interested in drag have been watching every week. My friends back home, and even people who weren't the kindest to me, have reached out and been really lovely."