A Lot Of Art, A Little Magic: Little Craft Show back, better and more inclusive 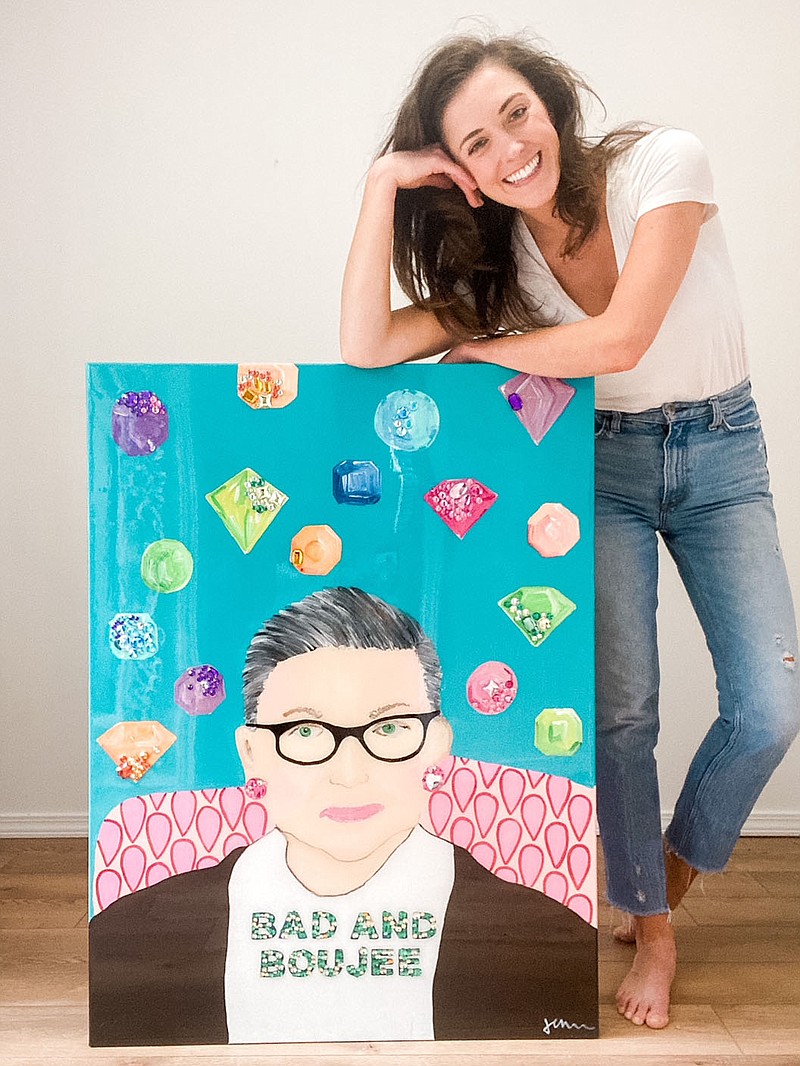 As for most people, 2020 offered the Little Craft Show's Monica Diodati some of the steepest challenges she had ever experienced. Four years ago, she moved to Northwest Arkansas because of its abundant natural environment and signed on to help LCS' founder, Amber Perrodin, run the event. In 2020, she took over the reins of the organization -- just in time for a global pandemic to shutter large events. Diodati was on the hook to decide whether the LCS should go forward or not with its scheduled May 2020 event.

"It was definitely a difficult decision," she confesses. "Especially because so many makers depend on markets like ours to raise awareness of their businesses and make sales, so it's difficult not to provide that platform for our makers."

But like so many other organizations, Diodati made the difficult decision that to open up would be too much of a risk -- so it's been over a year since a Little Craft Show has opened its doors to eager shoppers in Northwest Arkansas. That's not the only thing that makes May 8th's show an exciting event: Diodati has changed the model of the LCS, turning it into a cooperative in which all participating makers have a share in the overall profits.

"For all vendors, their booth fee that they pay basically entitles them to a share of our profits as a business," Diodati explains, adding that vendors will still keep 100% of their own profits. "The way [the LCS makes] money is from vendor fees and sponsorships. We'll pool all the vendor fees and our sponsorships and then distribute those funds back to the vendors based on the their booth fees and what percentage that entitles them to. I'm pretty excited about that, because I've been thinking this past year about redistributing wealth and how to make our organization more equitable and sustainable. The vendors are really what make this event, and so I feel like they should have ownership of that, as well."

Diodati says that in an effort to increase the diversity of the vendors participating in the LCS, she's offering double the profit sharing to self-identifying BIPOC makers, according to the website, "as a small act of reparations."

"I think that's really added an incentive for more diversity at the event," she says. "We want to make it more inclusive and encourage makers of color to participate. I would say ever since we launched this model, we've gotten a lot more interest from makers of color."

In fact, she says, the reaction so far has been positive from all makers she's spoken to about the new model.

"I think most people I've talked to are pretty excited about it. And I would say it has encouraged more vendors to participate, which has been great." In fact, Diodati says this year's show brought in more applications than in years past.

Though the event will be held outside at Springdale's Shiloh Square, Diodati says booths will be spaced farther apart than normal to allow for plenty of social distancing, and masks are required. Around 80 vendors will be participating, including makers from around the country as well as local favorites.

"We're going to put more focus on the interactive elements of the event," says Diodati. "We have an artist, Cory Perry, who is going to be doing a site-specific art installation under the pavilion that I'm really excited about, and we're also ramping up our live music programs. We'll have Mariachi Joya Azteca coming to do some roaming mariachi during the event and also Kayln Fay, who's a great folk artist that splits her time between Springdale and Oklahoma. So I'm excited about the live music this year and the art. We're going to focus more on those things that make it a little magical."