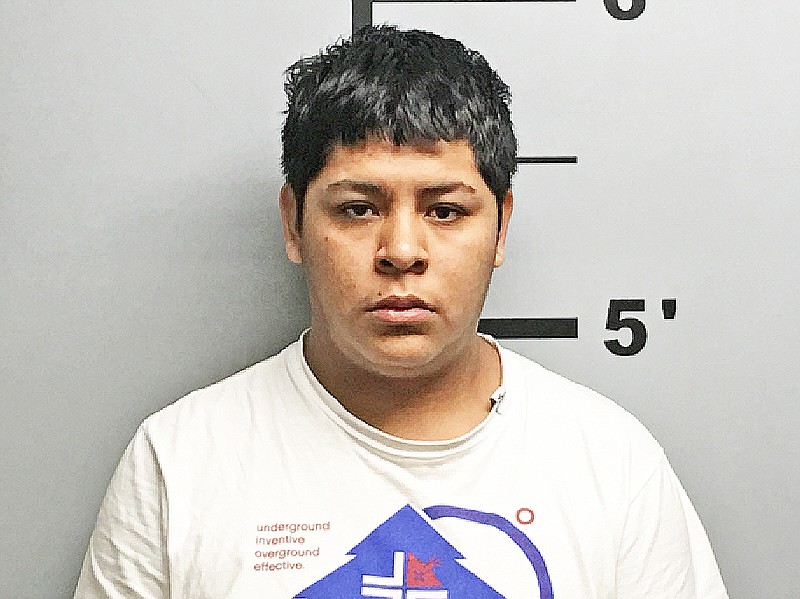 BENTONVILLE -- A Springdale man pleaded guilty to a felony charge in connection with the death of one of his friends.

Fernando Ortiz, 19, pleaded guilty Tuesday to manslaughter and no contest to theft by receiving. He pleaded guilty without the benefit of a plea agreement, so his punishment is in the hands of Benton County Circuit Judge Brad Karren.

Karren ordered a pre-sentence report to be done and scheduled Ortiz's sentencing for 9 a.m. Aug. 26.

Officers found Pena with a gunshot wound in his neck. He was pronounced dead at Northwest Medical Center-Springdale, according to a probable cause affidavit.

Ortiz said he found a shotgun the week before along the creek in J.B. Hunt Park, according to the affidavit.

Pena and three other friends -- Gabriel Blevins, Daemon Blevins and Mauricio Roman -- were at the house playing video games, the affidavit said.

Ortiz said he picked up the gun by the trigger, and as he was walking, the gun went off and hit Pena, according to the affidavit.

Pena's body was sent for autopsy to the state Crime Laboratory. His body had a wound in the neck and a wound in the center of the back, indicating downward trajectory into the victim's neck and out of his back, according to the affidavit.

Police found the 12-gauge pump action Mossberg shotgun and discovered it had been stolen in a residential burglary in Springdale, according to court documents.

Roman told police he loaded the gun with several shells while Ortiz was out of the room. Ortiz returned and took the gun from him. Roman said Pena started recording a Snapchat video with his phone, and Ortiz pointed the gun at Pena and pulled the trigger, according to the affidavit.