U.S. credits relief payments for strong gains in both areas by MARTIN CRUTSINGER THE ASSOCIATED PRESS | May 1, 2021 at 1:54 a.m. 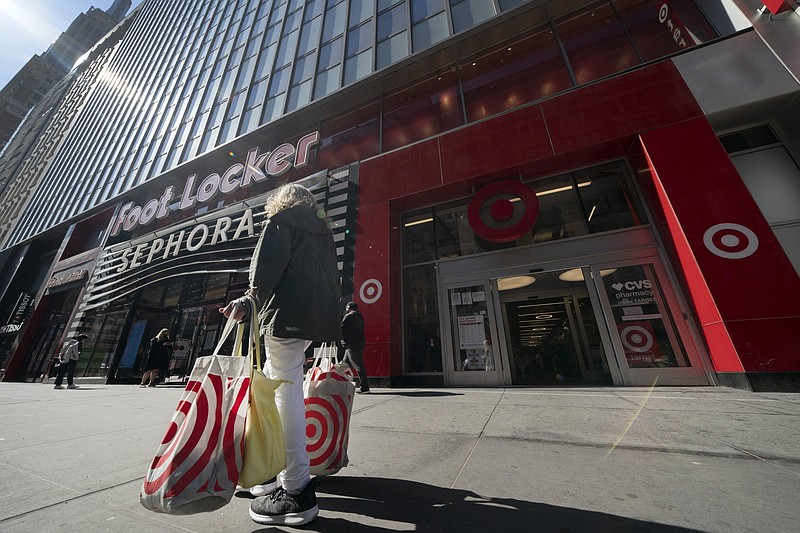 WASHINGTON -- U.S. consumer spending rose at the fastest pace in nine months while personal income soared by a record amount in March, reflecting billions of dollars in government support payments aimed at putting the country firmly on the road to recovery.

Consumer spending rose 4.2% in March, the Commerce Department said Friday, the best showing since a 6.5% spending increase in June. Spending had fallen 1% in February as frigid winter weather disrupted sales.

Incomes surged by a record-breaking 21.1% in March after having fallen 7% in February. The big gain reflected delivery of billions of dollars in relief payments with individuals getting up to $1,400 payments from the $1.9 trillion support package President Joe Biden pushed through Congress last month.

The strong gains offer yet more evidence that the economy is poised for a rapid recovery after last year's pandemic-triggered recession. Economists are counting on strong consumer spending, which accounts for two-thirds of economic activity, to power a rebound this year with a trio of economic factors coming to a head: trillions of dollars in government support; increased mobility because of vaccinations; and a surge in pent-up consumer demand.

The government reported Thursday that the overall economy, as measured by the gross domestic product, rose at a robust annual rate of 6.4% in the January-March quarter. Many analysts believe that growth in the current April-June quarter will be even stronger, perhaps topping 10%.

Friday's report showed that inflation rose 2.3% in March compared with the same month a year ago. Excluding volatile food and energy, the gain was 1.8%.

The Fed at this week's meeting kept its key interest rate at a record low of 0% to 0.25%, and Fed Chairman Jerome Powell said the central bank will not be concerned by what it expects will be a temporary blip in inflation this spring.

Friday's report showed that consumers saved a lot of their big surge in incomes in March, pushing the savings rate to 27.6%, up from an already elevated 13.9% in February.

Excess household saving now totals around $2.3 trillion, a figure that has been climbing over the past year of lockdowns.

Analysts believe consumers will start spending this savings stockpile in coming months as increased vaccinations get them back into stores to shop, providing a strong boost to the overall economy this year.

Daco forecast that consumer spending will increase by more than 9% this year, the strongest performance since 1946.

Friday's report showed that the 4.2% rise in spending reflected an increase of 8.1% in the purchase of goods and a smaller 2.2% rise in the purchase of services, a category which includes restaurant dining, entertainment and other activities which have suffered the most from the pandemic shutdowns. The expectation is that spending on services will keep rising if the virus situation keeps improving.

The record 21.1% jump in incomes included a 1.1% rise in wages and salaries, reflecting strong hiring in March, and a 95.1% surge in the category of government receipts covering the increased payments from Biden's $1.9 trillion rescue package. That package has so far delivered more than 163 million economic impact payments totaling $384 billion with payments of up to $1,400 per individual.