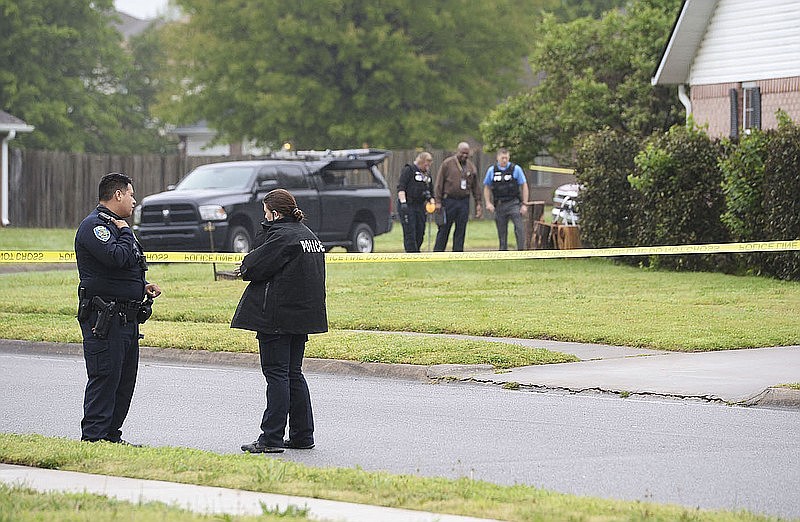 Fayetteville Police Department officials collect evidence Thursday, April 29, 2021, at 702 Daisy Lane after responding to a shooting report. A man was found in the driveway at that address with a gunshot wound. He was transported to the hospital with life threatening injuries, according to police. Visit nwaonline.com/210430Daily/ for today's photo gallery. (NWA Democrat-Gazette/Andy Shupe)

FAYETTEVILLE -- Police say a man who was shot Thursday morning has died.

"The victim's body will be sent to the Arkansas State Crime Lab to determine cause of death," according to a police department social media post.

The man was shot during an argument outside a house at 702 Daisy Lane, Sgt. Tony Murphy, police spokesman, said Thursday. He was taken to a local hospital where he died late Friday.

Police have not identified the man.

Murphy said the man argued with someone either on the phone or social media and knew someone was coming to the house. When the man went outside, there was a fight and several shots were fired, Murphy said. Police found the man lying in the driveway at 6:36 a.m.

Murphy said the suspect or suspects left before officers arrived and the investigation is continuing.