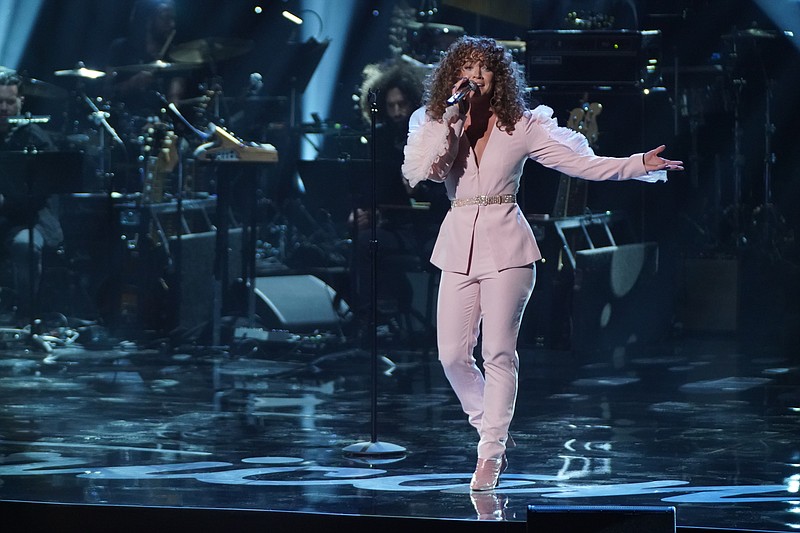 Fayetteville native and American Idol hopeful Madison Watkins had a good start to her week.

It was revealed on the Monday night (March 29) episode of the singing competition on the ABC network that Watkins would move on to the Top 24.

The 25-year-old gave a powerhouse performance of James Brown's "It's a Man's Man's Man's World" to cap off "Hollywood Week," which earned praise from the three judges: country superstar Luke Bryan, pop icon Katy Perry and the legendary Lionel Richie.

"So, overall, how do you think you did?" Richie asked Watkins when she entered the room to learn her fate.

"I really feel like I did the best that I could this week," Watkins replied with a smile.

There are three judges who agree with her, Richie said, as he congratulated Watkins for making it to the Top 24.

Moving forward, finalists will continue to be eliminated based on viewer voting, with each step in the competition moving Watkins closer to a spot on the American Idol tour (usually the Top 10) and, of course, a record contract for the ultimate winner.

Watkins' other performances during this 19th season of the popular show include a duet with fellow contestant Deshawn Goncalves of "Stay" by Rihanna ft. Mikky Ekko, and her audition with original song "Your Little Girl," written for her father.

Listen to What's Up! Associate Editor Jocelyn Murphy's interview with Watkins here, and keep up with Watkins' journey on American Idol and beyond on Instagram @madison_watkins.