OPINION | TOM DILLARD: How a boyhood friend’s mother introduced me to the joys of tilling the soil 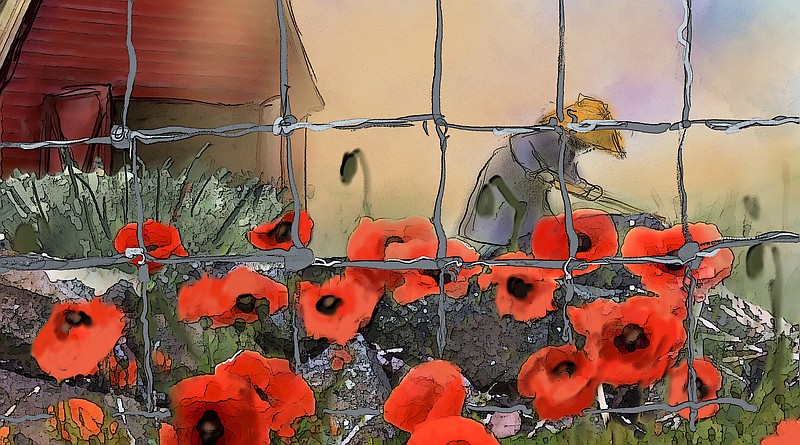 I will never forget Ruby Anderson. I owe her a great debt of gratitude, since she was the woman who got me interested in gardening. I don't recall when I first met Ruby, for she was a looming presence for me in the little village of Sims, near where I grew up in a verdant valley nestled among the Ouachita Mountains.

In Britain she would have been an archetypal vicar's wife; in this isolated community where we lived she stood out as a very different kind of person indeed. Ruby was intellectually curious, and she had taught at the local school in her younger years. Musically inclined, Ruby played piano at church and gave lessons.

An amateur naturalist, Ruby learned taxidermy, and in a tiny spare bedroom at the back of her home she maintained what seemed to me at the time to be a veritable natural history museum. During middle age she married a widowed local minister, and with her new husband came two boys — the younger one of whom, Lloyd Wayne, was a playmate of mine. It was while I was visiting Lloyd Wayne one spring morning that I got a first glimpse of the magic that is gardening.

It was a Saturday morning, that most special time of week for adolescent boys. Lloyd Wayne and I were playing about the place, which was little more than a farmstead stuck in the middle of the tiny settlement. In addition to a small chicken house, there was a miniature barn for the one Guernsey cow, which provided the family milk, and, more importantly, manure for Ruby's garden.

But it was the garden that took my attention that morning as the sun shone so brightly, reflecting in a thousand radiant diamonds of dew on the tender leaves of young vegetable seedlings pushing up from the newly cultivated soil in Ruby's garden. More than 50 years have passed since that spring morning, but the images still burn brightly in my mind — I can still see the bright red poppies.

These were self-sown poppies, and they ringed the vegetable garden, growing lustily among the

rocks that were discarded along the base of a hog-wire fence, that kept livestock and preoccupied adolescent boys from intruding into Ruby's garden. Young gourd vines climbed up the wire fence, their leaves covered in a velvet softness that would later in the summer become prime targets for hungry cucumber beetles.

It is the poppies, however, that stand out in my mind. To say they were red is so very inadequate, for poppies can have the most saturated red to be seen outside a May Day parade in Moscow. Perhaps you know the painting of a poppy flower done by Georgia O'Keeffe? That is a red to remember!

Ruby Anderson welcomed me into her garden. She was not by nature a patient person, but she probably sensed that I was intrigued by her garden. I was drawn to the neat, orderly rows, the smell of the freshly tilled soil, the smooth brown patina of her well-used hand tools. Without being aware of what I was doing, I found that practically every Saturday morning I visited the Andersons, but not solely to play marbles or go exploring with Lloyd Wayne. As Ruby made her way through the garden, her head covered in a wide straw hat, I tagged along, asking questions and occasionally making a comment that betrayed my gradually increasing interest in growing plants, too.

One morning Ruby was not in the garden when I arrived on my red bicycle, having easily peddled the mile or two from our small farm. I occupied myself by covetously rummaging through Ruby's arrowhead collection and geological specimens that filled several outdoor shelves at the back of the white frame house. Just as I picked up a large quartz crystal, a mineral that is ubiquitous to the rugged Ouachita Mountains, I heard the screen door open.

Ruby Anderson was emerging from her home with a priceless gift for me, a gift that, like all great gifts, lingers in the memory, surviving all the mishaps of the teenage years and the tribulations of adulthood.

"I thought you might want some of these gourd seeds," Ruby said as she extended a hand that was both feminine and callused from her years of gardening.

The seeds were odd looking, each one smooth and shaped something like a tiny brown beer bottle. Ruby got the seeds mail-order from Shumway Seed Co. The company still exists, and every time I see their advertisements in gardening magazines I am transported back to that spring morning when Ruby Anderson introduced me to what has become a passion for me — gardening. Ruby died while I was away at college, so I never got to thank her for the great gift she gave me.

Back at home, I planted Ruby's gourd seeds along the fence surrounding our family vegetable garden. I had probably planted other seeds earlier, but these gourd seeds are the first I can recall. Since then, I have spent hundreds of dollars on vegetable and flower seeds.

A few years ago, in an homage to Ruby, I sent for the Shumway seed catalog. Nowadays the company, which was established at Rockford, Ill., in 1870, is owned by the gigantic J.W. Jung Seed Co. Like its predecessors, the modern Shumway catalog carries a goodly number of old, nonhybrid varieties, along with a selection of modern plants. But it is the catalog's antique look — its use of century-old typefaces and lithographs — that reminds me of Ruby Anderson. 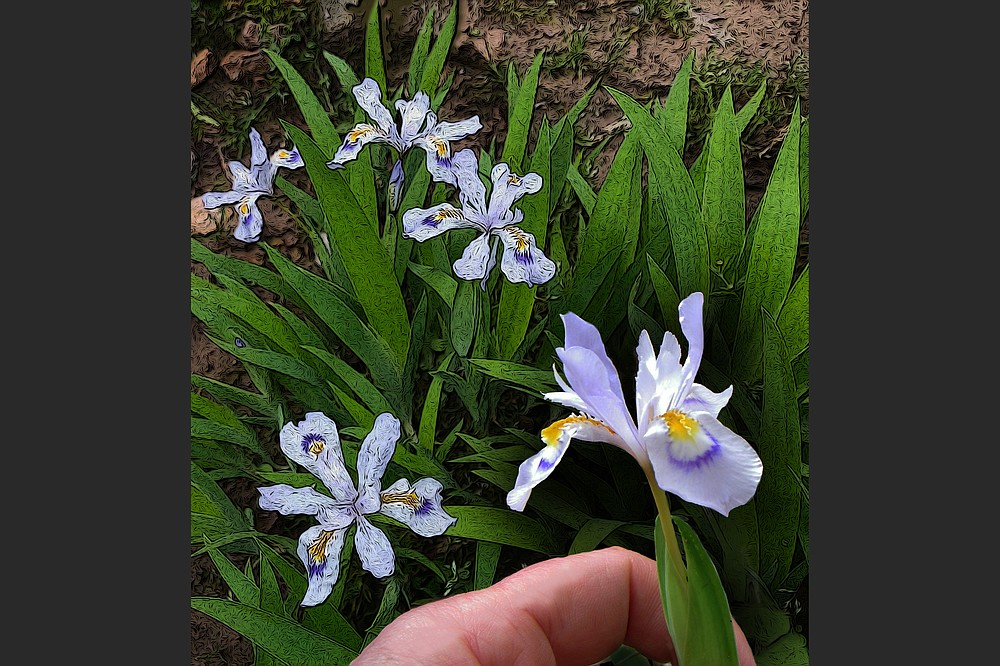 Another great gift from Ruby was a realization that gardening is part and parcel of the larger natural world. While Ruby never taught me about wildlife and natural history directly, I must have absorbed her curiosity about the natural world. Like Ruby, I accumulate unusual objects from the natural world — interesting stones, odd bones, colorful feathers, turtle shells and too many plants to count.

My first plant collecting occurred when I was in the 11th grade. Just before school dismissed for the summer, my class at Oden High School went on a picnic at a nearby U.S. Forest Service campground. After a nice lunch and wading in the creek, my girlfriend and I stole away into the woods for a little courting.

As we sat on the ground in a wooded glen, I looked about and noticed that my girlfriend was surrounded by small but beautiful blue blooms of what I was to later learn was the crested iris. She was irresistible — as were the flowers, and I dug several plants to take home. I still grow the diminutive crested iris in my garden today.

As an adult I have tried to pass along the gardening riches Ruby shared with me when I was but a small boy. My own son, who showed no interest in gardening as a child, has pleased and surprised me now that he owns his own home and emails me pictures of his flower beds; and he overwinters a banana plant in his garage.

The most important gift Ruby shared was her enthusiasm and the joy she found in gardening. That enthusiasm continues, but I am no longer able to physically sustain my numerous enthusiasms. Today, after half a century of tilling the soil, I identify with President Thomas Jefferson's comment that "though an old man, I am but a young gardener."

I do wish I had the knees of a young gardener!

Tom Dillard, a historian and retired archivist, lives near Malvern. He grew up on a farm in the Ouachita Mountains of western Arkansas. He was the founding president of the Central Arkansas Horticultural Society in Little Rock. The Garden Club of America, through the Little Rock Garden Club, has recognized his work in gardening research, writing and education.