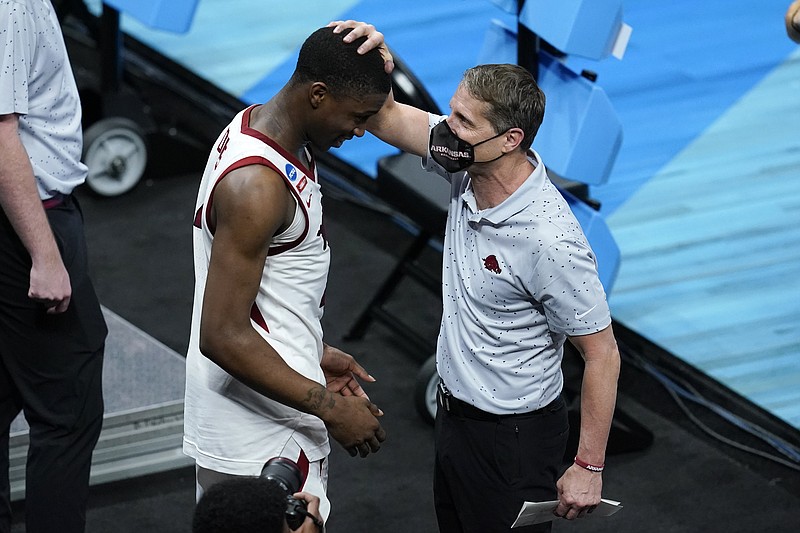 A major Arkansas target wasn't able to see the Razorbacks’ victory over Oral Roberts on Saturday, but he has seen enough to know Eric Musselman’s impact on the program.

“I was playing (a game), but I know them making the Elite Eight is a huge deal for Coach Musselman,” said 4-star point guard Austin Nunez. “He has had a huge impact with the short time he’s been at Arkansas.”

Nunez, 6-2, 170 pounds, of San Antonio Wagner, said the Razorbacks, Baylor, Texas and Virginia were the schools most actively recruiting him in February.

Arkansas will face the Bears in the Elite Eight on Monday for the right to advance to the Final Four. It would be the Razorbacks' first appearance since 1995.

“It was a great game,” said Dunning, who is rated ESPN’s No. 11 small forward and the No. 34 overall prospect in the nation. “Went down to the wire, having Arkansas fight all the back to the very end.”

“I’m extremely happy that they get a chance to play in the Elite Eight and I’m glad they are finally getting the respect they deserve,” Pinion said.