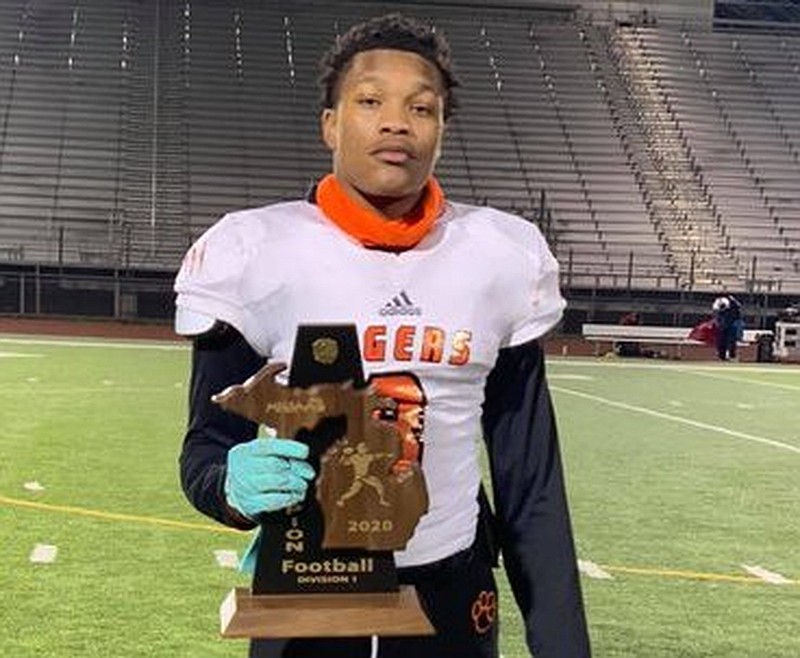 "They really made me feel at home. They always talked to my mother and my dad too, and not just me. They built a relationship with my whole family."

ESPN rates him the No. 12 safety and No. 181 overall prospect for the 2022 class. CBS Sports Network national recurring analyst Tom Lemming called the Rowser pledge "massive."

"He's a top-five player in Michigan," Lemming said. "I've loved him the last couple of years. He can do it all. Quick twitch athlete with the speed to cover fast receivers and the strength to stay with tight ends. Good IQ, speed, strength, passion for the game.

"All-state performer who has played free safety, cornerback and nickel. He's a 4-star-plus prospect. Super talent. It's the biggest catch under Pittman."

Rowser recorded 61 tackles, 3 tackles for loss, a sack, 3 interceptions, 10 pass breakups and 2 forced fumbles as a junior. He said his relationship with Carter put the Hogs over the top.

"It was really Coach Carter, for real," said Rowser, who did a virtual tour with Arkansas on Feb. 6. "Our relationship is really close. He was just himself. I feel like we connect because I like to be myself, too."

He plans to make an official visit to Arkansas on June 4. Rowser is the eighth oral commitment for the Hogs in the 2022 class. Oral commitments are nonbinding.