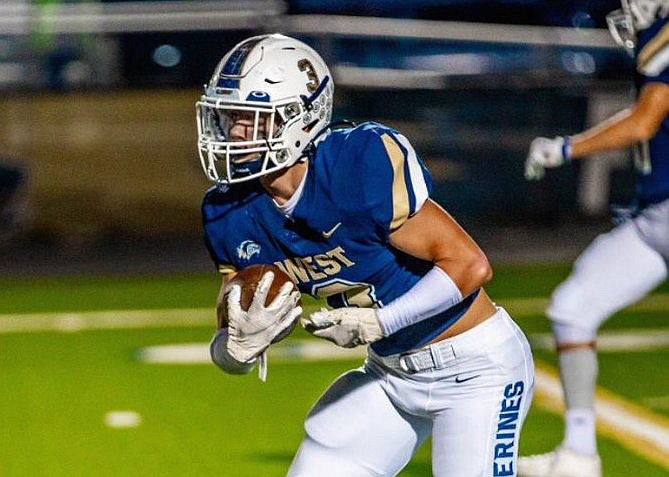 Bentonville West sophomore linebacker Braden Jones’ play this past season stood out, as did his recent testing.

“He’s a kid that continues to grow,” Wolverines coach Bryan Pratt said. “He’s had a phenomenal offseason. His tests were off the roof the other day. He’s a kid that's really worked hard at it, and his dad is my offensive coordinator. Obviously he’s a coach's kid. I coach my son and it’s hard to do, but those coach’s kids have grown around it since they’ve been growing up.”

“We took pictures of what we consider our standard. I think he was in every picture we had from the weight room to the testing,” Pratt said.

Jones also played some quarterback in the Wildcat formation and had 3 carries for 18 yards and a touchdown.

“He understands the offense, but he’s a really good open-field tackler,” Pratt said. “Outside linebacker is his go-to position. He’ll play a lot of running back for us now. He’s definitely a guy we want to get the ball in his hands."

Pratt is also high on sophomore running back Carson Morgan and defensive back Nick Bell, the son of former Razorback Geno Bell.

The covid-19 pandemic hampered the recruitment of athletes around the nation, but Pratt is confident Jones will garner the attention of college coaches in the near future.

“He’s going to turn some heads quick,” he added. “I don’t have any doubt about that. He makes us a different team when he’s out there.”