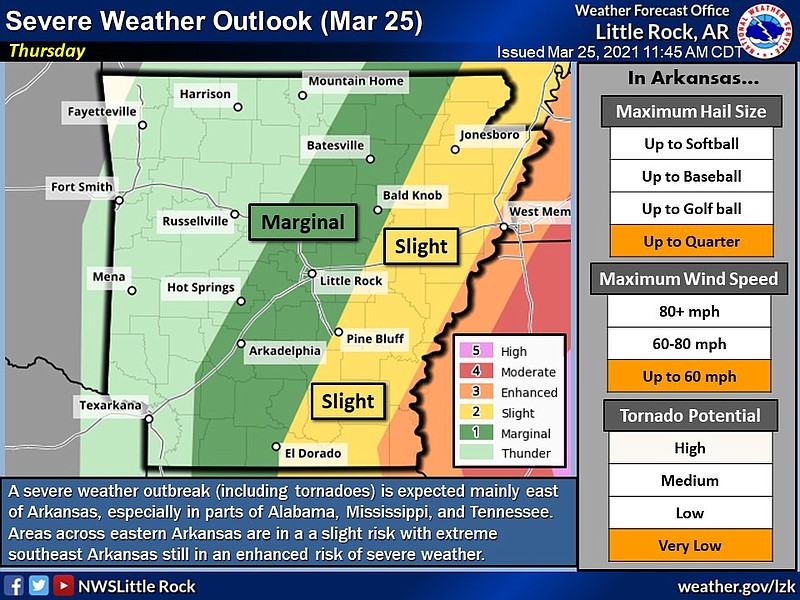 This National Weather Service graphics shows areas along the Mississippi River in Arkansas were at an enhanced risk of experiencing severe weather Thursday.

Risks include golf-ball-sized hail, winds up to 80 mph, and a “low” potential for tornadoes, according to a Thursday morning briefing by the National Weather Service.

Areas along the Mississippi River are at an enhanced risk for severe weather, forecasters said, with decreasing chances further west.

In the Little Rock area, tornado probability is 5%, with chances of damaging winds and large hail listed at a 15% probability, according to the briefing.

Forecasters predict severe weather associated with the system will be most likely to occur in areas east of Arkansas, including parts of Alabama, Mississippi and Tennessee, the briefing states.

This story has been updated. It was originally published at 11:40 a.m.