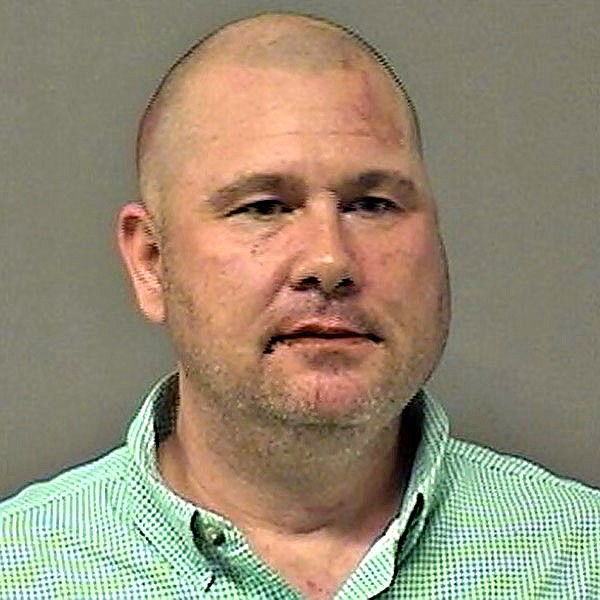 BENTONVILLE -- A firefighter has been placed on leave after he was arrested in connection with hitting an Asian man whom he described as not being American, according to a probable cause affidavit.

Benjamin Snodgrass, 44, of Bentonville was charged with misdemeanor battery and public intoxication in connection with the March 13 incident, which happened outside Oaklawn Casino in Hot Springs.

He pleaded not guilty to the charges.

Snodgrass has worked for Bentonville's Fire Department for 14 years. He was promoted to captain in 2019, according to a city news release at the time.

"The city has learned of an arrest of a city employee in Hot Springs," Mayor Stephanie Orman said in a statement Thursday. "Due to the nature of the alleged offense, the employee has been placed on leave pending investigation of the matter."

The victim said Snodgrass approached him outside the casino, asked if he knew he was in America and started pushing him. The man said he hit Snodgrass with a fist in self defense because Snodgrass hit him multiple times in the face, according to the affidavit.

Snodgrass was sitting nearby talking with security personnel. The officer described Snodgrass as having bloodshot and watery eyes and a strong odor of intoxicants, according to the affidavit.

Snodgrass told the officer he didn't know what happened. The officer continued to question Snodgrass, and he responded, "I don't know guys. I am hammered," according to the affidavit.

Snodgrass' knuckles were red, and he had blood on his left ear lobe and lips, according to the affidavit.

Snodgrass was arrested and taken to the Garland County Detention Center, where he refused to take a portable breath test. He was later released from custody on $1,500 bond. He has been ordered not to have any contact with the other man.

Snodgrass' trial date is scheduled for 8:30 a.m. May 6 in the Garland County District Court.

News of the incident comes at a time of increasing attention nationally to reports of violence against Asian Americans, particularly since the March 16 shootings at three spas in the Atlanta area that killed eight people, including six Asian women.

"The City of Bentonville does not condone or tolerate any form of discrimination or violence," Orman said.

The mayor noted the city recently formed a task force to guide the city's diversity and inclusion efforts.