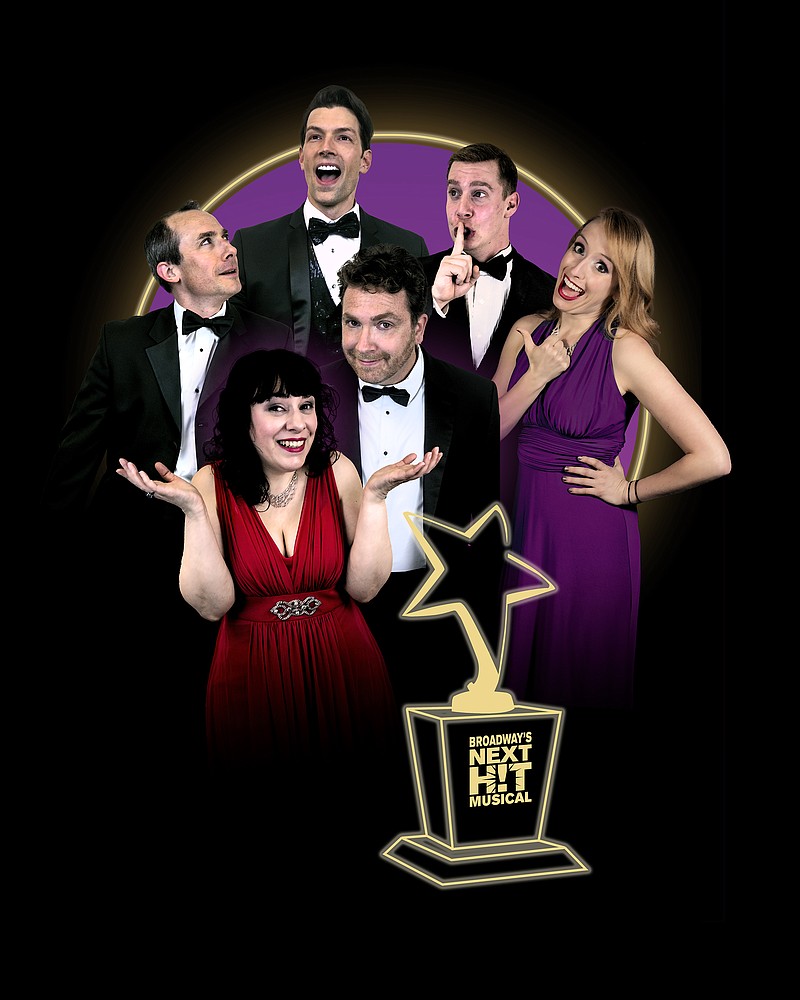 For the very first time since the pandemic shut down theaters across the country, the troupe of master improvisers/actors/comedians behind "Broadway's Next Hit Musical" finally took the stage again last night at the Walton Arts Center in Fayetteville to share the improvised musical comedy that blends "Whose Line Is It Anyway?" with the Tony Awards.

During the first act, the cast makes up songs on the spot based on previously submitted audience suggestions. The audience votes on which song will win the "Phony" Award for Best Song, and in the show's second act, they'll see the winning song's whole "show."

The NWA Democrat Gazette's own Monica Hooper attended opening night and shared her thoughts on one of her first times back inside a theater:

"Now I know what love can be / in the time of covid-19" sang both the actors and the audience at the end of "Broadway's Next Hit Musical" at the Walton Arts Center for its opening night last night, March 18. However, with covid-19's ever present influence on the evening's performance, it could easily be, "now we know what theater can be in the time of covid-19."

All but one of the four nominated songs for the evening's "Phony" award was a reflection on the last year of dealing with the pandemic. Thankfully, in the hands of such a talented, funny and energetic cast including Heidi Gleichauf, Mallory Kinney, Pat Swearingen and Rob Schiffmann, the audience could laugh about it -- 6 feet apart. It was really impressive how fast the four singers accompanied by one piano player, Gary Adler, could play a sort of charades and come up with four very different musical numbers, and then a short impromptu musical, in less than two hours.

Also worth mentioning was how well the emcee, Greg Triggs, was tuned into life in Fayetteville (I really hope you marry a Walton, buddy). It's always fun to hear a New Yorker's perspective on this region.

Overall the performance was a lot of fun. While transitions between scenes weren't always fluid, the cast was quick and their energy was palpable. Theater-goers were very well spaced apart for the performance, and it was nice to have the extra room to stretch out and finally see some live theater.