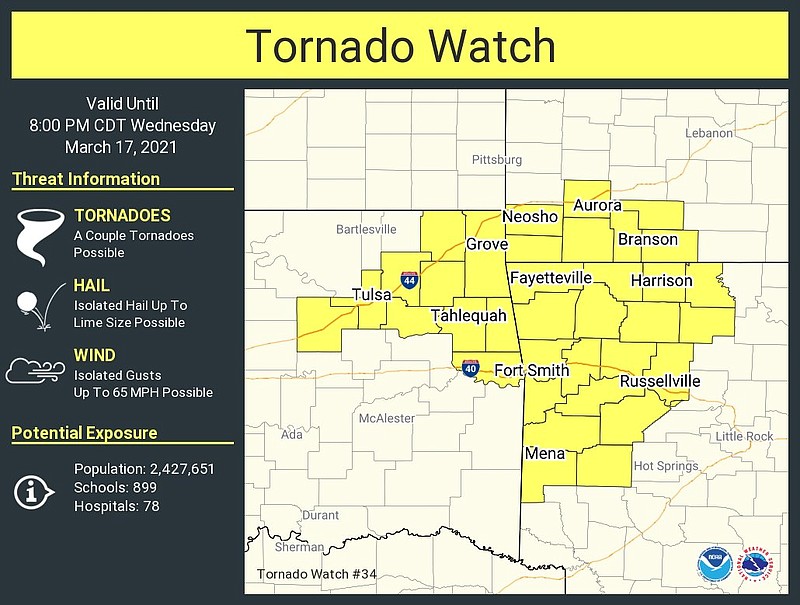 A tornado watch is in effect Wednesday for Northwest Arkansas, as well as parts of east Oklahoma and southwest Missouri, until 8 p.m., according to the National Weather Service.

Tornadoes, lime sized hail and wind gusts up to 65 miles per hour are possible, according to a social media post by the service.

A tornado watch is in effect for central and eastern parts of Arkansas on Wednesday as one round of storms sweeps across the state ahead of a second round expected this afternoon, according to forecasters.

The watch is in effect until 1 p.m.

The first round of storms, already underway, is expected to last through the morning, a briefing by the National Weather Service states.

An Entergy outage map reported 5,922 customers were without power shortly after 10:45 a.m.

Forecasters said a break in the storms was possible about midday before additional storms move east through Arkansas during the afternoon.

The afternoon storms are expected to be severe and are “very likely to cause damaging winds and large hail,” the briefing states. Forecasters said winds have the potential of reaching in excess of 80 mph and hail is predicted to be up to baseball-sized.

Tornadoes are also more likely in the afternoon, according to the National Weather Service.

Southeast Arkansas is at a high risk of seeing severe weather. Arkansas has not had a “high risk” issued by the Storm Prediction Center since 2014, the briefing states.

The weather service recommends families have a plan in place in the event a tornado watch or warning is issued. Tornado warnings are often issued five to 10 minutes before lead time, according to the briefing. 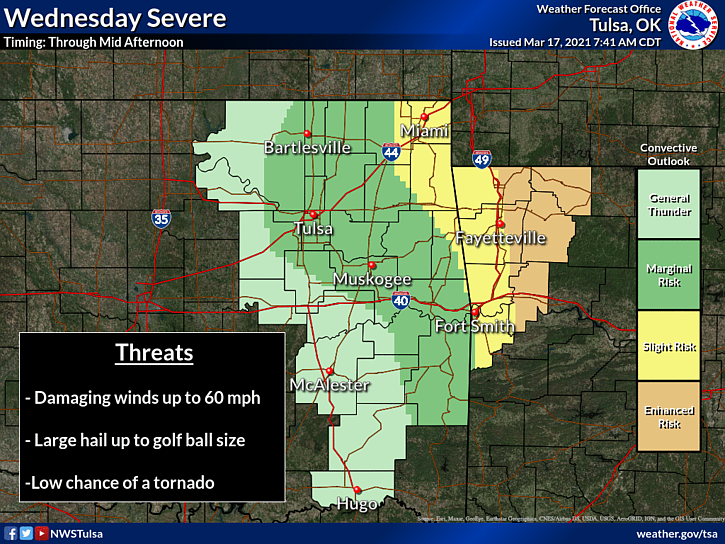 This story was originally published at 11:35 a.m.