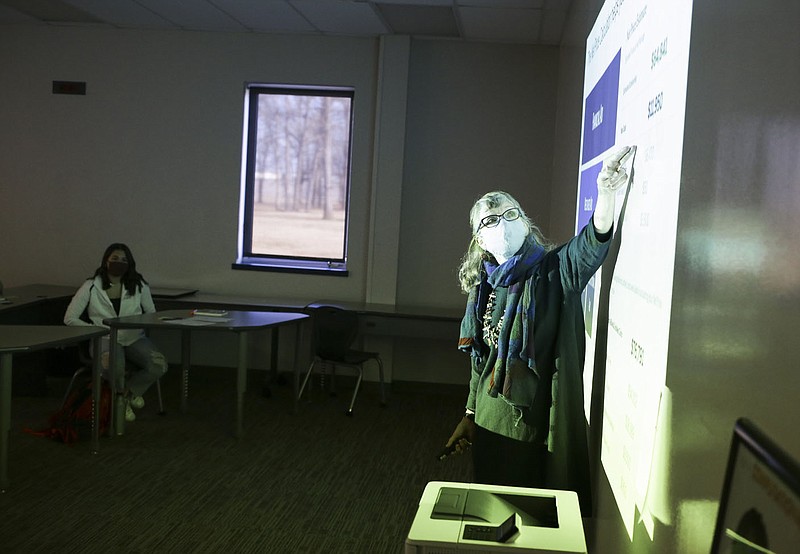 ROGERS -- A college readiness program is showing early signs of success in helping students afford and get into their school of choice, said Carla Fontaine, academy director.

Rogers Honors Academy works to help students at Rogers, Heritage and New Technology high schools prepare for the ACT, tour colleges and navigate the complicated college application process, Fontaine said. The academy isn't a school in itself, she said, but has counseling and academic space in all three locations.

The program began in 2017 with the goal of getting 75% of participating students accepted into top colleges and universities, she said. The academy uses rankings by U.S. News and World Report and The Princeton Review to determine the top schools, she said.

The class of 2020 had 42% of students accepted to top colleges against a goal of 20%, Fontaine said.

"In 2020, we had 64% of our RHA students improve their ACT score by three or more points, against our goal of 50% of students," she said. "In addition to our quantitative goals, our qualitative goal is to support our students as they aim high and dream big and, in the process, realize their potential."

It's important for the district to help students get into the right college, Fontaine said.

"The high school and immediate post-high school years are critically important to a student's trajectory in their life and career," she said. "By making conscious, informed choices after they've researched what schools have to offer and done the self-reflection needed to help guide their decision, there is a much greater chance of a positive college experience that leads to a more fulfilling and productive life."

District student enrollment in top colleges like Stanford and Harvard has increased since the program's inception, Fontaine said, growing from 20 in 2016 to 62 in 2020, a 210% increase.

Such outcomes are indicators of the program's success, but the most important measure is the impact on the individual student, she said.

"They speak about their classes and professors, their new friends and new environment, their exposure to different clubs and activities," Fontaine said of students who've graduated and attend college. "I hear the excitement in their stories and their sense of the limitless potential in their experiences."

The program began with 200 students and has grown to serve 323 this school year, Fontaine said. Students enroll in the academy their sophomore years. The first group of participants graduated and entered college in 2019, she said.

Academy counselors work with students in groups and individually to guide them through program curriculum and identify student needs, she said.

Students approved to participate in the program demonstrate signs of scholastic success, Fontaine said, and must have GPA's of 3.5 and be enrolled in at least two Advanced Placement or Pre-Advanced Placement classes their sophomore years. Juniors and seniors are encouraged to take three such classes and must have 3.75 GPA's, she said.

"We're looking to see that they're challenging themselves, which we know the colleges will look for," she said.

The academy measures its success by students getting into the schools they apply for, Fontaine said.

Some 95% of program participants received an offer from a four-year college in 2020, she said. About 28% of those students are attending top colleges, she said.

The average acceptance rate for four-year colleges in the U.S. is about 66%, according to a 2017 report from the National Association for College Admissions Counseling.

Ensuring that a school is the right fit for a student is also a factor of the program success, Fontaine said.

Brad Campbell, 18, graduated from Rogers High in 2020. The former academy participant said he's pursuing a computer science degree as an Air Force ROTC cadet at Harvard University in Cambridge, Mass. The academy was instrumental in helping him decide between Harvard and Vanderbilt University in Nashville, Tenn., Campbell said.

The academy personalizes the effort to help students. Traditional school counselors are helping students not only with their college applications, but with other things that affect students' health and well-being, Fontaine said.

"That's what makes it different from anything else that's being offered right now," she said of district programming.

Fontaine follows up with students after graduation to assess how the academy and student decision-making shaped their college experience, she said.

"She's kept in touch with me, asked me how I'm doing and given me books on how to navigate college life," Campbell said.

The feasibility of going to college was never a concern for Campbell, whose education is being funded through the ROTC in exchange for him getting a four-year Air Force officer commission after graduation.

Helping students get into schools they can afford is also an important aspect of the program, Fontaine said.

About 34% of the district's students are economically disadvantaged, she said.

New Technology senior Jesus Ballesteros, 18, is a first-generation American child of Mexican immigrants, he said. His mother works as a waitress and his stepfather is a metal frame worker.

"I really didn't understand my situation for a long time. I come from a lower-income family," Ballesteros said. "I did begin to see what a college education does for students trying to escape poverty."

Ballesteros has been accepted into Stanford University in California, he said. The university costs about $78,000 to attend annually.

"That kind of money is kind of insane to come up with," Ballesteros said.

Academy counselors helped Ballesteros apply for and secure several local, state and national scholarships, as well as obtain financial aid through the university that will pay for his entire education.

Ballesteros was also accepted into Vanderbilt and Emory universities and is waiting to hear back from Princeton University, he said. He aspires to be an immigration attorney and start a nonprofit to provide legal services to immigrant families like his own. 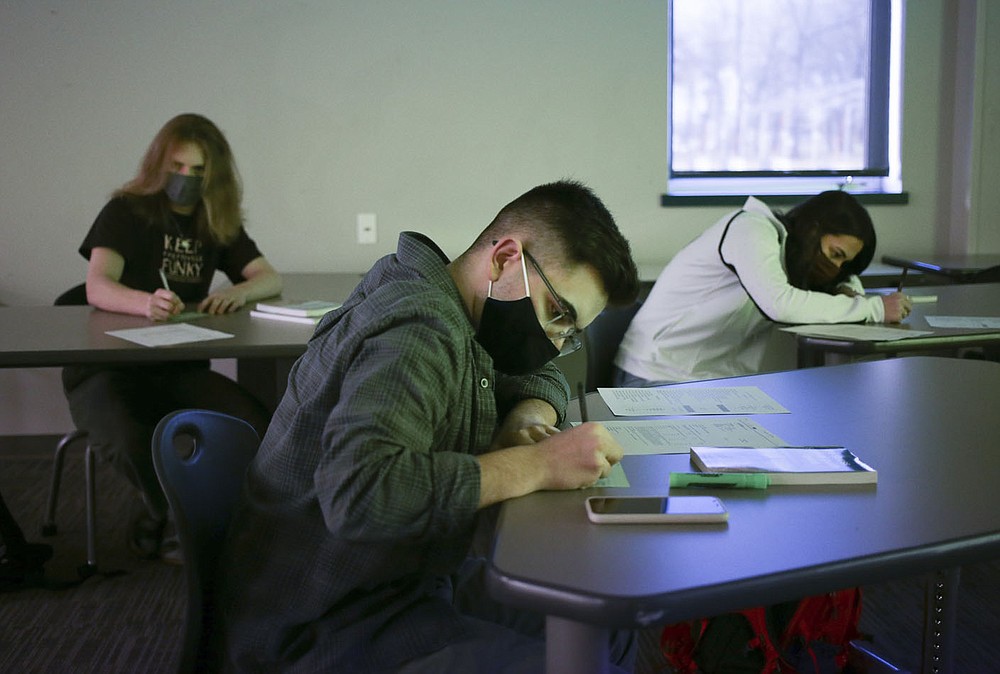 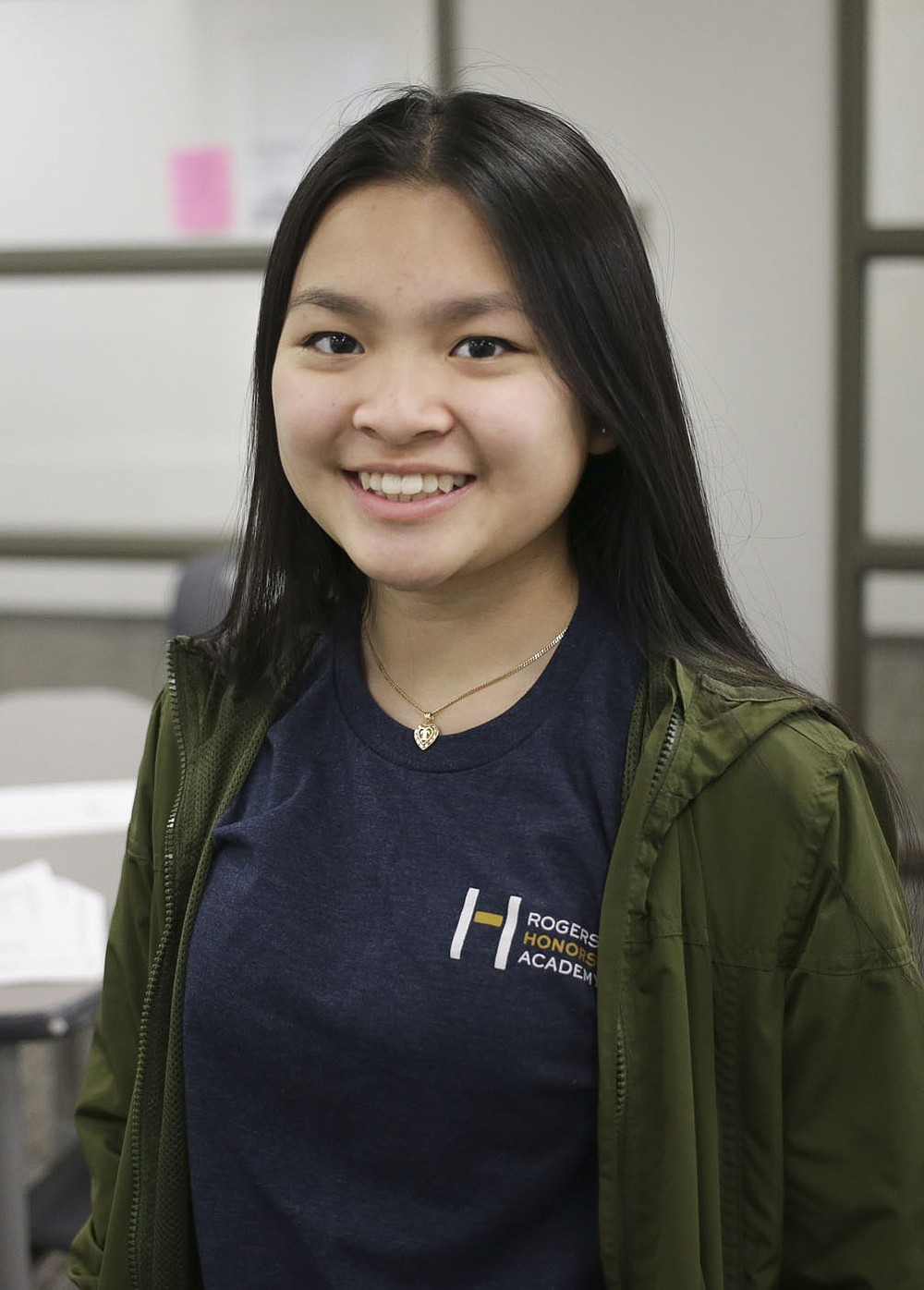 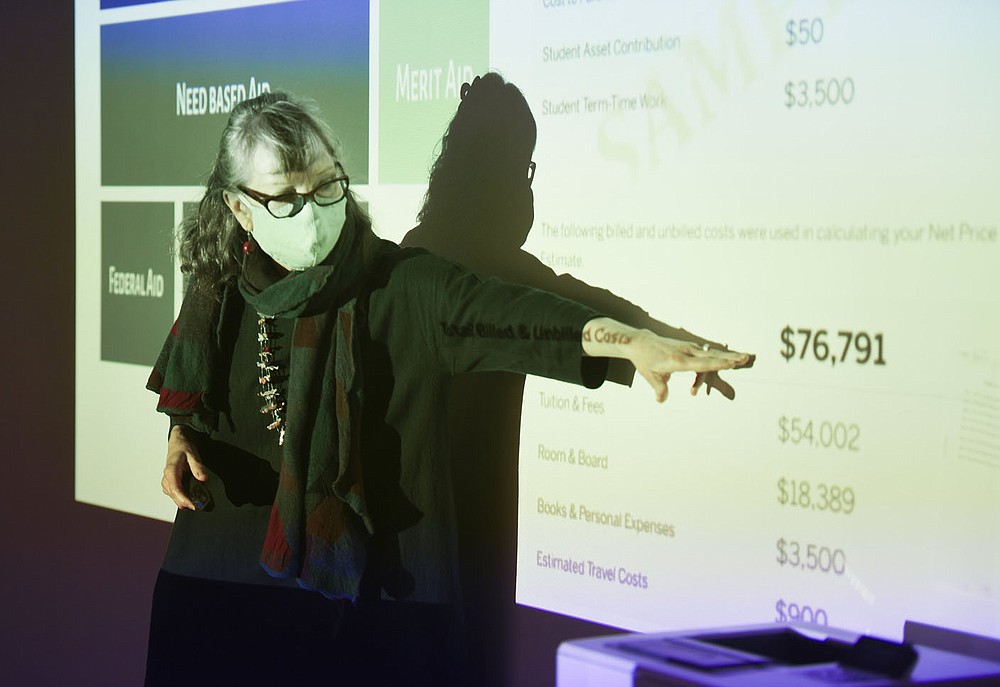 Here’s how many students graduated from the Rogers School District the past two years and how many went on to enroll in higher education.