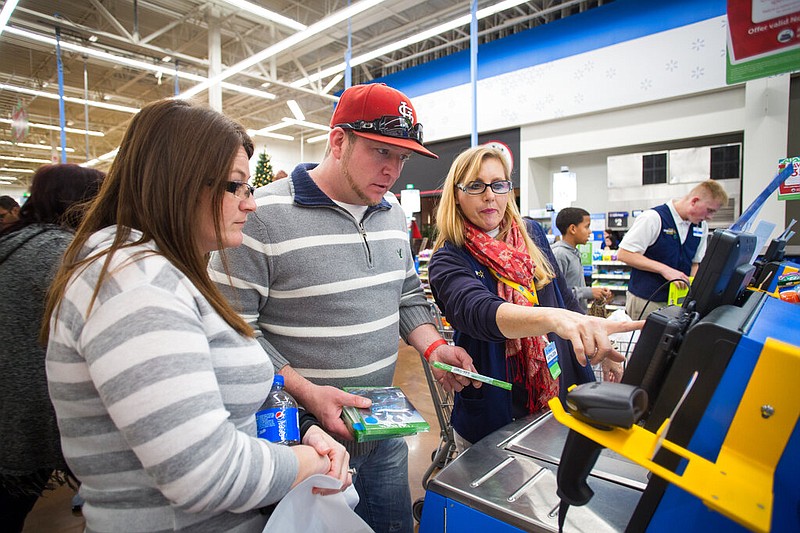 A federal judge has sealed records in a lawsuit claiming Walmart Inc. stole trade secrets from a surveillance technology company.

U.S. District Judge Susan Hickey on Wednesday signed a request by the plaintiff to seal the original complaint. Everseen Ltd. of Ireland filed the suit Feb. 16 in U.S. District Court for the Western District of Arkansas.

Supporting documents also are sealed. Only a redacted form of Everseen's complaint is available to the public, in accord with Everseen's request to protect proprietary information.

"Billions of dollars of retail merchandise are lost every year due to innocent errors and deliberate theft at registers (also known as 'shrinkage')," Everseen said in the complaint. "Recognizing the magnitude of this problem, Walmart worked for years [redacted] to develop technology to mitigate these losses. It failed."

This technology, which Everseen calls Checkout Process Intelligence, helps companies transition from manned registers to self-checkout while improving customer experience and reducing loss from shrinkage, the company said in the complaint.

While working with Walmart between 2015 and 2020, Everseen said, it shared with Walmart how Checkout Process Intelligence works. Then, Everseen said in the complaint, "Walmart grew unhappy with its increasing reliance on Everseen's technology and began to look for an alternative."

Everseen said in the document that the Bentonville-based retailer used the knowledge it had gained to develop its own version of the technology.

Further, Everseen claims Walmart is now selling this technology to other retailers, "competing with Everseen for business using technology it developed by misappropriating and misusing Everseen's trade secrets and confidential information."

Trade secrets are "any practice or process of a company that is generally not known outside of the company," according to Investopedia.com. This information "gives the company a competitive advantage over its competitors and is often a product of internal research and development."

A Walmart spokesman said Tuesday that "this matter is in litigation, and we are not providing additional comment on it."

Walmart employees have previously expressed concern about what they saw as flaws in Everseen's technology.

Business Insider reported in 2019 that Everseen was one of several companies supplying Walmart with camera surveillance technology for what the retailer called its Missed Scan Detection program. The system was in use at checkout stands in more than 1,000 Walmart stores, the publication said, and shrink rates at those stores had declined.

Cameras use artificial intelligence, computer vision systems and big data to track and analyze behavior at both manned and self-checkout stations, according to the Business Insider report.

In May, online tech news site Wired said it had received a note from a small group of corporate Walmart workers who claimed the Everseen scanning technology made frequent mistakes, flagging innocuous behavior as theft while missing genuine incidents of stealing.

Wired granted anonymity to the employees, whose jobs included knowledge of Walmart's loss-prevention programs, because they were not authorized to speak to the media. The workers said Walmart's management had rebuffed their concerns, so they turned to the media after seeing the Business Insider article.

Wired also said it had obtained emails from Walmart in which corporate workers expressed concern about the failure of Everseen's system to prevent theft in 2017 and 2018.

In response to the employees' claims, Walmart told Wired that Everseen's surveillance system was meeting its standards. And Everseen declined to answer Wired's questions about the technology.