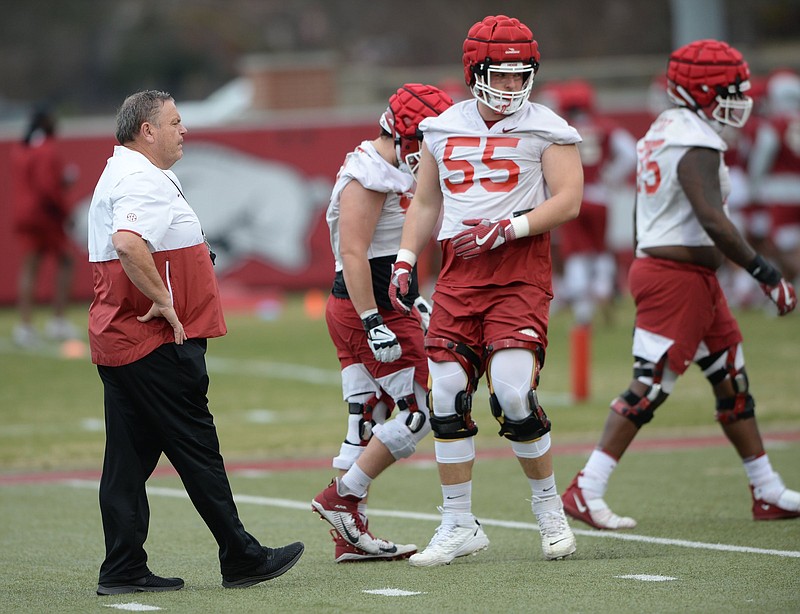 A Louisiana lineman plans to visit Arkansas once the NCAA dead period is lifted.

He has offers from Arkansas, Georgia, Tennessee, Kentucky, Florida State, Mississippi State, Tulane and others. East did a virtual visit with the Razorbacks on Feb. 27.

“The highlight of the visit for me would probably be the weight room,” he said. “When I go into a weight room I’m comfortable and surrounded by family. The weight room made me feel at home.”

He said they had a long and “deep conversation” on Tuesday.

ESPN rates Willis a 4-star prospect, the No. 9 safety and No. 136 overall prospect for the 2022 class. He’s expected to announce his top five schools on March 24.

If he chooses to be a Razorback, he’s expected to play multiple positions in Arkansas’ defensive scheme.

In a late January interview, Smith said, 'As of right now, definitely Arkansas” would be one of his visits when the dead period is lifted.

• Little Rock Parkview running back James Jointer, who committed to the Razorbacks on Saturday, has said he and fellow pledges Dax Courtney and JJ Hollingsworth are recruiting in-state and out-of-state talent to be Razorbacks.

Morris, 6-2, 195 pounds, of Atlanta Pace Academy, has more than 30 scholarship offers, including ones from Arkansas, Alabama, Florida, Georgia, Florida State, Auburn, Miami, Michigan and others.

ESPN rates Morris a 4-star prospect, the No. 6 dual-threat quarterback and the No. 57 overall recruit in the nation for the 2022 class.

Arkansas offensive coordinator Kendal Briles has formed a good relationship with Morris. He said the bond is still going strong.

Morris has said he “most definitely” will visit Arkansas when he dead period is lifted.