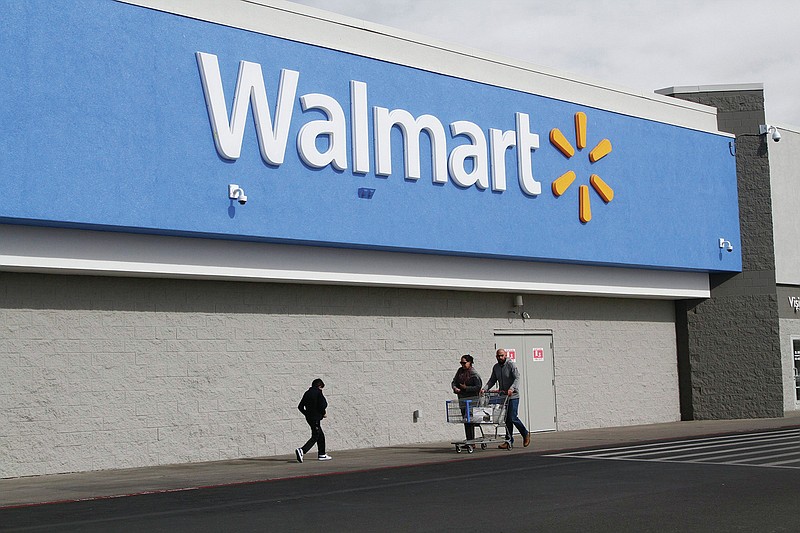 People shop at a Walmart Thursday, Feb. 6, 2020, in El Paso, Texas. The Justice Department is suing Walmart, alleging the company unlawfully dispensed controlled substances through its pharmacies, helping to fuel the opioid crisis in America, a person familiar with the matter told The Associated Press. The civil complaint being filed Tuesday, Dec. 22, 2020 points to the role Walmart’s pharmacies may have played in the crisis by filling opioid prescriptions and by unlawfully distributing controlled substances to the pharmacies during the height of the opioid crisis, the person said.

Walmart Inc.'s vice president of marketing has been named to a list of top women in retail technology. Cynthia Kleinbaum Milner works on the Walmart Plus program, the company's mobile app and its online pickup and delivery services.

As part of the awards event, Kleinbaum Milner took part with two other retail technology executives in a panel discussion on female representation in the field and the future of the industry in general.

On the number of women in retail tech, Kleinbaum Milner said, "It was not a welcoming environment" when she started her career, "Chain Store Age" reported. "We're not where we need to be, but we're on the right path," she said.

As for the direction retail technology might take in the next year or so, Kleinbaum Milner said she expects live-streaming to grow as a digital commerce tool among North American retailers, as it has in China for years.