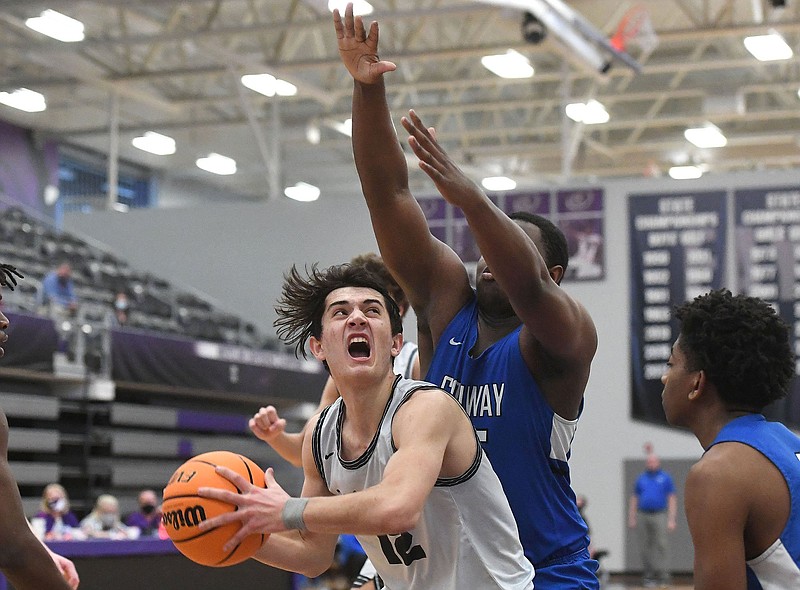 Bentonville West's Riley Buccino looks for an opportunity to shoot against Conway Tuesday March 9, 2021 during the 6A Boys State Basketball Tournament at Bulldog Arena in Fayetteville. West won 59-56 in two overtimes.(NWA Democrat-Gazette/J.T. Wampler)

Riley Buccino scored the final six points of overtime to lead the Wolverines to a first-round win in the Class 6A state boys basketball tournament.

Buccino’s offensive putback with 12 seconds left gave the Wolverines the lead for good in the second overtime, and he added two late free throws to seal the West win.

Jayden Williams led the Wampus Cats with 17. D.J. Lockhard added 15 points, all in the second half and Paul Harris finished with 13.

West will advance to the second round of the tournament to take on Little Rock Central on Thursday.