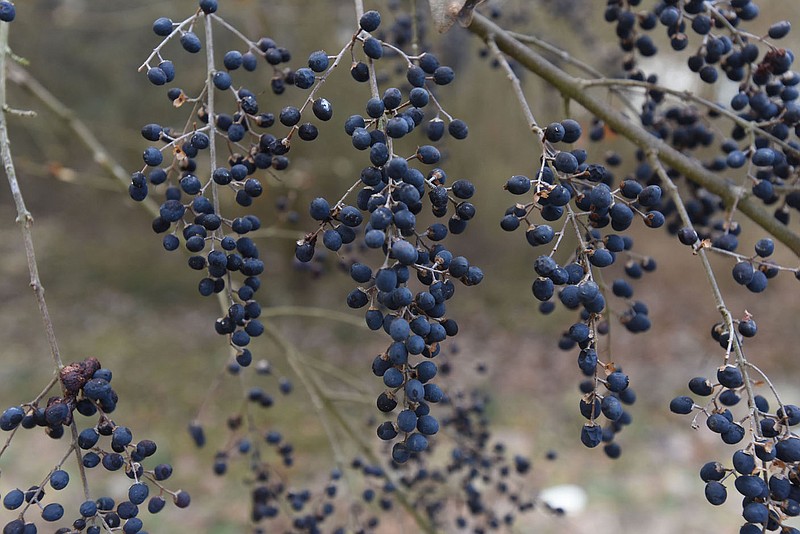 People weren't the only ones shivering during the subzero cold and snow in mid-February. Birds, too, felt the brunt of the polar vortex.

Scores of bluebirds succumbed to the cold inside bluebird boxes set up in the region.

Groups of bird enthusiasts monitor a lot of these bluebird boxes, so bird watchers have some idea about the scope of bluebird mortality during the Arctic-like event, Neal said.

"I'm guessing, because people don't monitor robin roosts, that the mortality on robins was huge."

Twenty degrees below zero at Drake Field on the morning of Feb. 18 was a killer as the day struggled to get above zero. Many saw bird behavior they'd never witnessed, particularly with robins. That was the case far and wide, as well as here at my shack-ri-la in the wilds of east Benton County.

There's a small stack of firewood on the porch and robins were trying to squeeze into every nook and cranny between the logs of that wood pile. Neighbors reported the same thing. We could walk out on the porch and stand right next to those freezing robins. They had no fear of us at all.

Other robins sat puffed up on the concrete under the porch, their heads turned backwards and nestled into their back feathers like sleeping ducks do. We could stand right beside them.

In the days after the freeze, we found seven dead robins around the yard. Three more were dead in a hollow tree stump across the road. Only dead robins were found, no other species.

Neal said the social media of the birding world lit up with similar reports from around the state. One post from Hot Springs noted nine dead bluebirds in a single bluebird box.

Another event we witnessed: Robins gorged on the berries of Chinese privet trees at the edge of a wood lot, eating the purple berries like crazy. Neal said privet berries don't carry much nourishment for birds. Much better are the blue-ish berries of the eastern red cedar trees found all over the region. Robins love them, Neal said.

Trouble is, this has been a bad year for the berries on those cedar trees. More of those birds may have survived if they'd been better nourished. Privet berries are a "starvation food at best," said Neal, who has written several books and hundreds of articles about birds and birding.

Those nine dead bluebirds in the Hot Springs box? A layer of privet seed was under them, Neal said, seeds the birds had pooped out.

Snow on the ground didn't help matters, making it even more difficult for birds to find food.

Such extreme cold can send flocks of birds migrating farther south. That didn't do them much good, Neal said, because the deep freeze was so widespread.

Terry Stanfill lives out in the country near Decatur. Stanfill, whose outstanding nature photos appear regularly here in NWA Outdoors, said he didn't notice unusual robin behavior where he lives.

"What I did notice was huge numbers of waterfowl on Swepco Lake" near Gentry, he said. "It was the only open water around. I've never seen so many ducks on that lake."

The water at 500-acre Swepco Lake stays warm all winter. That's because hot water from the Flint Creek Power Plant is discharged into the lake. Water drawn from the lake heats up during electricity production. It's close to 100 degrees when it goes back into the lake.

Neal noted the nationwide population of robins is enormous. There are still lots of robins around. Yet seeing so many dead robins was a sad sight.

"Nature can be real cruel, not just to birds, but to other wildlife," Neal said.