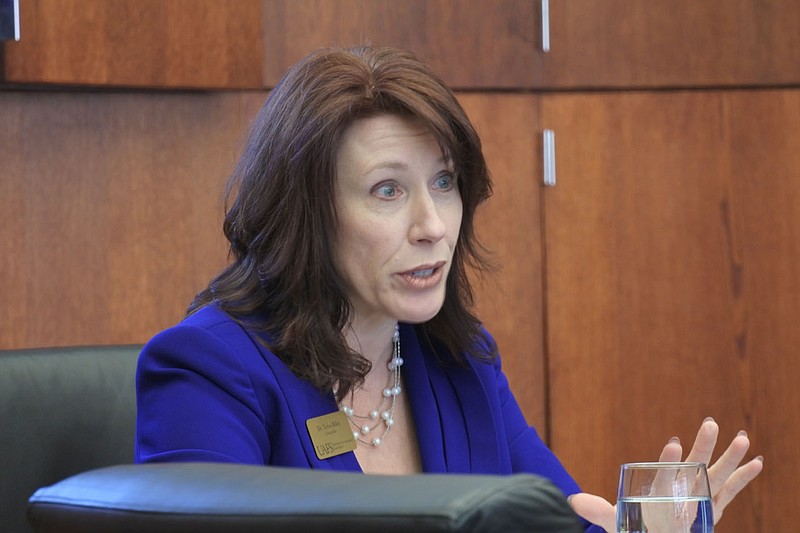 Terisa Riley, chancellor of the University of Arkansas-Fort Smith, speaks February 2020 during the UAFS Board of Visitors meeting. (NWA Democrat-Gazette/Thomas Saccente)

FORT SMITH -- The University of Arkansas-Fort Smith has seen enrollment drops and a budget deficit this school year, but less than it estimated.

The university won't have to rely as much on its reserves to pay expenses as officials had previously thought, according to Chancellor Terisa Riley. University leaders are working to cut costs and increase revenue in order not to dip into reserve next fiscal year, she said.

Riley made her remarks during a homecoming "chancellor chat" held via Zoom in mid-February.

The university predicted it would lose about 15% of its enrollment for the fall semester as a result of the covid-19 pandemic and budgeted accordingly, she said. Fall enrollment was down by 5%.

Riley attributed the better-than-expected figure to "a lot of hard work" from faculty and staff, such as those in admissions and financial aid.

"We got scholarships into students' accounts," Riley said. "We got keys to residence hall rooms in their hands. They had truly, I think, an overwhelming response as a campus to come together and make sure that if students wanted to be here, we could make it safe for them to do so."

Riley said learning online is not for everyone. The university knew some students who were struggling in the fall and expected its enrollment would decline in the spring. Enrollment dipped 11% compared to spring 2020, although the school budgeted to be down 15%.

Last fall's enrollment was 5,887, which includes concurrent, undergraduate and graduate students, according to information provided by Rachel Putman, associate director for strategic communications. Official enrollment is taken the 11th day of classes. The 2019 fall semester enrollment was 6,265.

"And the only thing universities can do is to compete for the lower number of students by being our best," she said. "So we expected enrollment declines to occur naturally from a lower number of people graduating because there are just fewer people who were born, but the pandemic has served a worse scenario for us."

Riley said the university believed it could have a budget deficit of more than $8 million for fiscal 2021. Officials instituted a hiring freeze last spring that is ongoing, Putman said.

She noted exceptions, such as hiring John Blue as its first executive director of diversity, equity, and inclusion in December, may be approved if the position is deemed critical to the university.

Riley said the school also put together its first budget council this past year, as well as multiple subcommittees, to come up with suggestions to generate revenue, to decrease spending and to make smart investments. The university hasn't furloughed or laid off anyone throughout the pandemic.

Kathy McDermott, interim vice chancellor of finance and administration and chief financial officer at the university, said there are about 140 recommendations brought forward by the budget council's six subcommittees and three working groups.

McDermott estimated about one-third of the recommendations have been implemented this fiscal year, such as "Project Clean Up," a university-wide effort to remove excess furniture and equipment and consolidate storage of items.

McDermott said while all of the recommendations are under consideration, some may take longer to carry out.

Sebastian County voters in November rejected a proposed 10-year extension of a 0.25% county sales tax that has been a source of revenue for the university since voters approved it in 2001. The tax is due to end Jan. 1.

The sales tax provides the school an average of about $6 million a year, about 8% of its annual budget, Riley said last year.

She said university leaders over the past year had assumed a reduction in the sales tax and worked to start paying off the institution's debt with other money to compensate for the sales tax expiration. 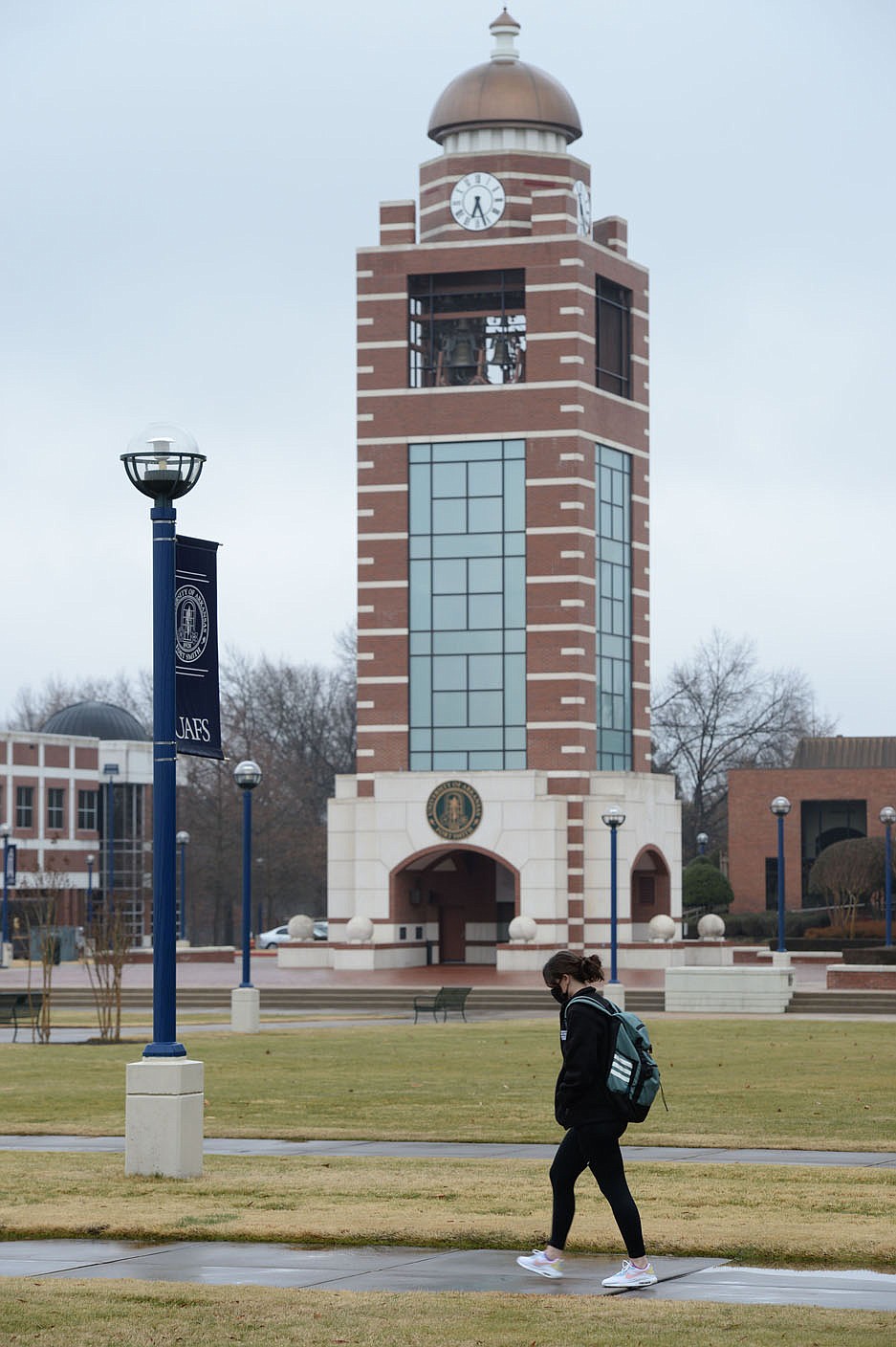 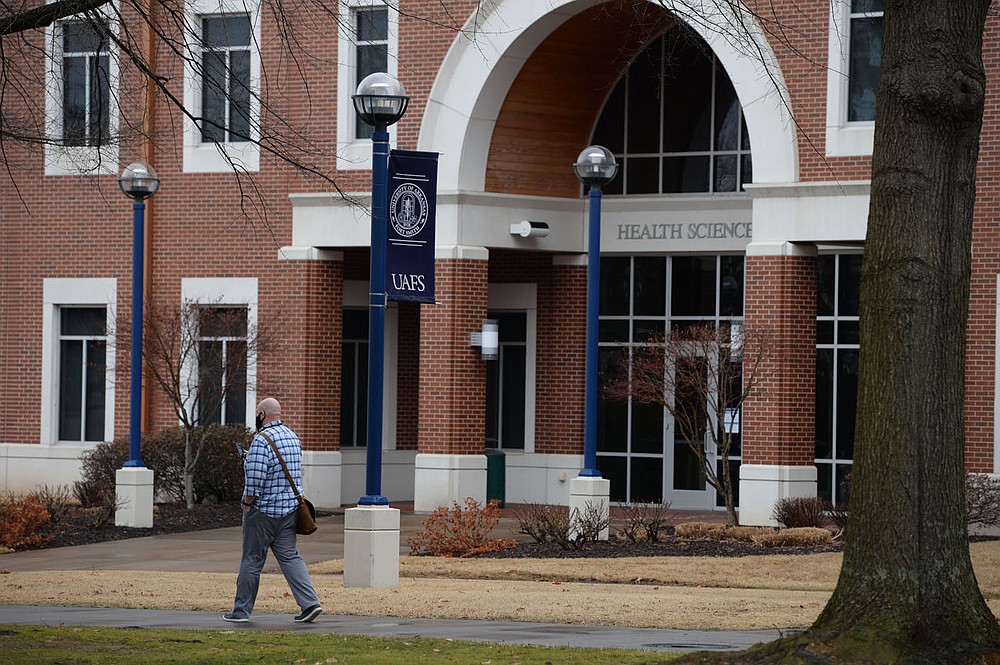 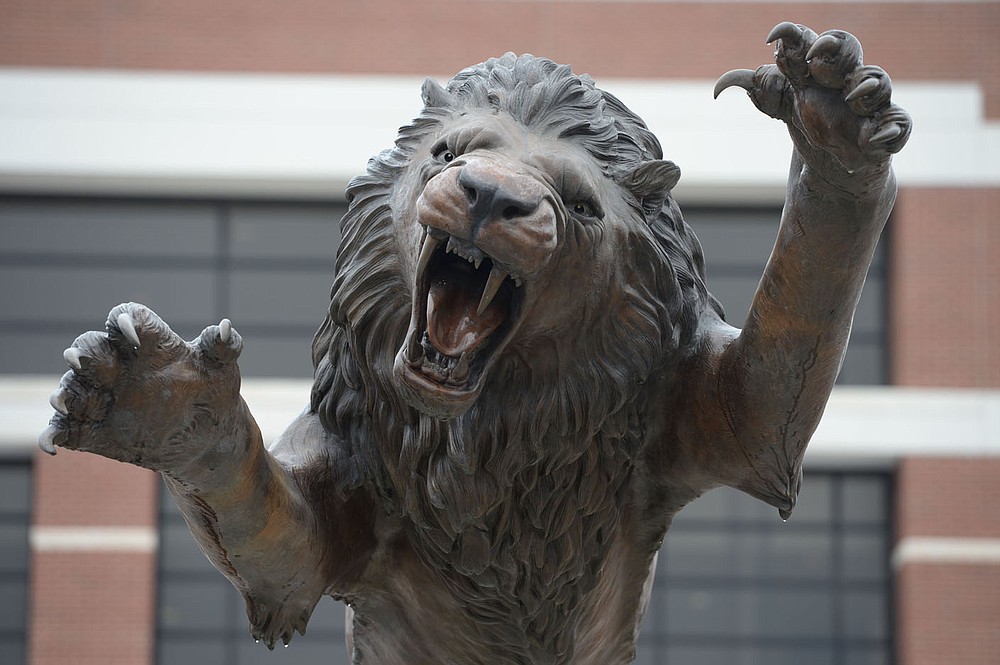 University of Arkansas-Fort Smith’s enrollment for the past two school years, as of the 11th day of classes each semester: