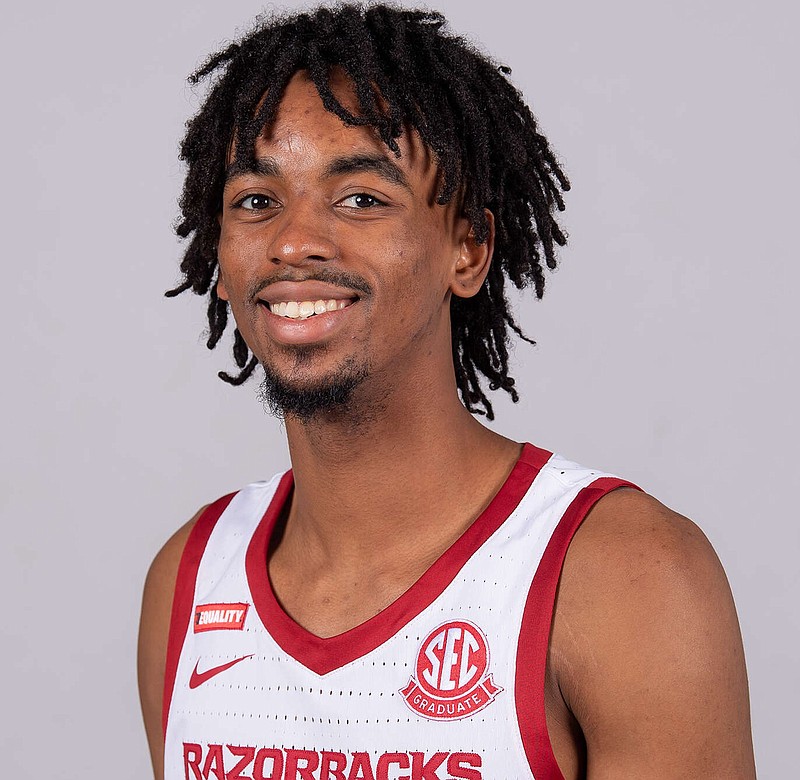 FAYETTEVILLE -- University of Arkansas point guard Jalen Tate picked a fine way to recover from an off-night, scoring 22 points and grabbing a team-high seven rebounds in the No. 12 Razorbacks' 87-80 win over Texas A&M on Saturday.

Tate struggled against South Carolina's zone Tuesday, often playing as the entry man near the free-throw line, where he had defenders clawing at the ball from in front and back of him. He went 1-of-5 shooting for 2 points with 1 assist, 1 rebound and 3 turnovers in Columbia, S.C.

The 6-6 grad transfer played more up top against the Texas A&M zone and did a good job penetrating for mid-range jumpers and kicking out to the wing. Tate shot 9 of 17 from the field, made both of his free throws, had 4 assists and 1 turnover in 37 minutes.

"I still have to put the work in when I'm not having nights that I want to have, honestly, and finding ways to help my teammates in other ways," Tate said. "I was focused on being on the glass a little bit if I couldn't score, or just affecting the game in any way I could and finding any way I can."

[Video not showing up above? Click here to watch » https://www.youtube.com/watch?v=vc8b1PMapMM]

Tate had a +13 in the plus-minus ratings and was second on the team behind Moses Moody's +15.

"He did a great job," Coach Eric Musselman said. "I mean, defensive rebounding was an area that I didn't think we were good enough tonight at, and he went out and ... had six defensive rebounds, which was huge for us."

"I don't think he played very well at all," he said. "I thought it was one of his worst games, actually."

Tate hit a mid-range jumper to give Arkansas its first lead of the second half with 11:52 remaining and played winning ball aside from whiffing on an uncontested layup.

"The biggest thing to me with Tate tonight was he played 36 minutes and 44 seconds and had one turnover and led us in defensive rebounding," Musselman said. "Then you add in the fact that he had 4 assists and 22 points, he was phenomenal."

Arkansas won for the fourth time when trailing by 10-plus points at home this season, following similar comebacks against the University of Central Arkansas, Auburn and LSU.

The Aggies' hot shooting created a football-like score of 35-21 midway through the opening half.

"Do we have areas we've got to get better at? Yeah," Coach Eric Musselman said. "But we're 4-1 when trailing at halftime at home, so we've done a good job of coming out of second halves. And winning the last two minutes of the game when we're down is important for us moving forward."

Williams has become a key part of the rotation in SEC play. In his absence, senior forward Justin Smith played 40 minutes.

Texas A&M made 7 of 15 three-point shots in the first half, more than the Aggies had hit in 11 of their previous 16 games.

Texas A&M finished 10 of 23 (43.5%) from three-point land, its third-highest total of the year behind its 12 made threes against New Orleans in the season opener and against LSU on Jan. 26.

Texas A&M Coach Buzz Williams said the team played with invigorated offense against Arkansas at the end of its first week of competition in more than a month.

Texas A&M opened the game by hitting 13 of 20 shots, including 6 three-pointers. The Aggies opened a 35-21 lead before Arkansas closed to within 41-38 at the half.

Running with the Razorbacks was OK by Buzz.

"Yeah, I think they're top 20 in the country in regards to pace of play," Williams said. "How it started, relative to the rhythm, I think any time you're able to make consecutive baskets, it kind of gives the team a level of confidence.

"And we don't have enough evidence to play with a great deal of confidence just because it's the first week we've played in so long, but I do think our guys are playing with a level of confidence and almost liberated, if that's the appropriate word, after what they've been through."

Arkansas took the lead for good at 79-78 on Moses Moody's three-pointer from the right wing with 56 seconds remaining.

The lead bounced back and forth six times in the final 11:01 and 22 times overall.

The Hogs had two critical baskets waved off in the second half. Justin Smith's tip-in of a three-point miss by Moses Moody early in the half was ruled basket interference when the score would've pulled Arkansas within one point.

With 1:23 remaining, official Mike Nance called a blocking foul on Texas A&M's Andre Gordon on a made basket by Jalen Tate for a potential three-point play. However, an official review showed Gordon was standing outside the defensive arc and the goal was waved off by Nance, and a foul curiously assessed to Justin Smith, with the scored tied 76-76.

With Arkansas up 63-62 after a JD Notae three-point shot, Emanuel Miller lowered his shoulder and plowed into Moses Moody, who had just switched onto him for Justin Smith. Miller was called for charging to create an Aggie turnover. On the Aggies' next possession, big man Luke McGhee was called for an illegal screen, another turnover, after stepping into an Arkansas defender to set a pick.

The Razorbacks didn't score after the first error, as Notae turned the ball over in the paint, but Jalen Tate capitalized on the second with a jumper from the elbow.

In the closing moments, Aggies guard Jay Jay Chandler was called for an offensive foul by shoving Tate in the chest with 3:13 remaining and Arkansas ahead 74-71.

Mason Jones, the 2020 SEC player of the year as chosen by an Associated Press panel, attended the game and received a big round of applause when he was shown on the video board early in the game.

For the first time this season, the national anthem was sung in person, and Mary Heather Hickman did the honors. Hickman sings in a band that also includes Razorback Foundation Executive Director Scott Varady.

• The high-scoring start came without the SEC Network broadcast. The network did not pick up the broadcast until the 15:49 mark with Arkansas leading 14-13 during the first TV timeout.

• A selection of UA students showed up wearing hazmat suits, a clear reference to Texas A&M's covid-19 issues, which helped keep the Aggies from playing in February. 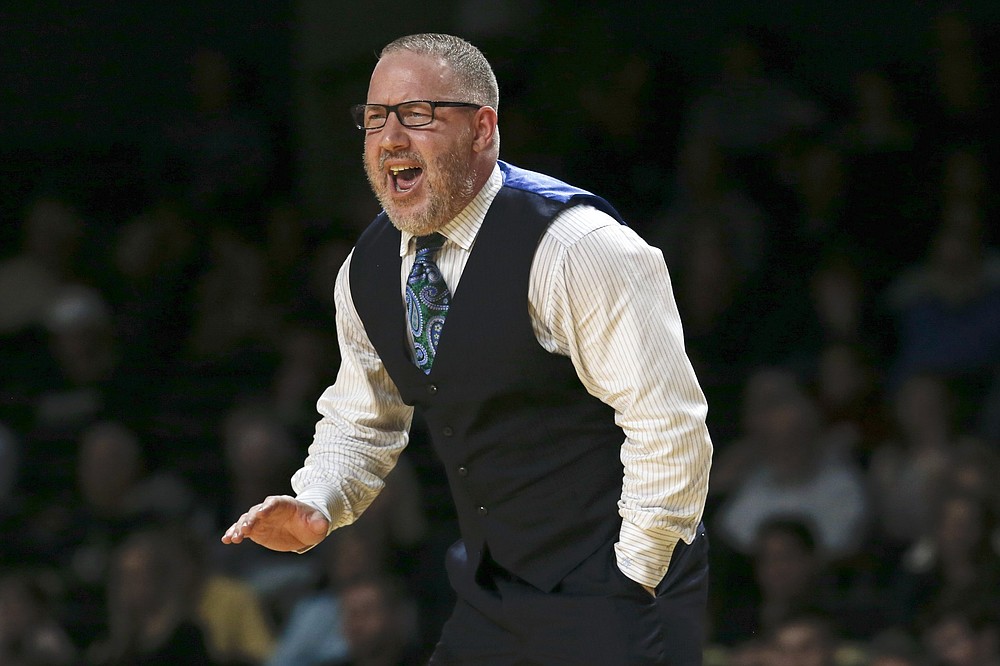