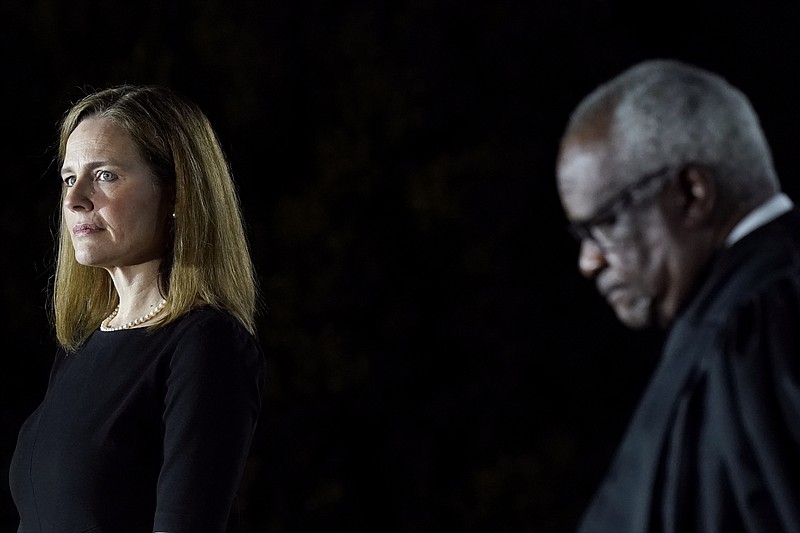 FILE - In this Oct. 26, 2020, file photo Amy Coney Barrett, left, and Supreme Court Justice Clarence Thomas listen as President Donald Trump speaks before Thomas administers the Constitutional Oath to Barrett on the South Lawn of the White House in Washington after she was confirmed by the Senate earlier in the evening. (AP Photo/Patrick Semansky, File)

WASHINGTON -- President Joe Biden has two seats to fill on the influential appeals court in the nation's capital that regularly feeds judges to the U.S. Supreme Court.

They are among the roughly 10% of federal judgeships that are or will soon be open, giving Biden his first chance to make his mark on the American judiciary.

Barring an improbable expansion of the Supreme Court, Biden won't be able to do anything about the high court's entrenched conservative majority any time soon. Justice Clarence Thomas, at 72, is the oldest of the court's conservatives, and the three appointees of former President Donald Trump, ranging from 49 to 56, are expected to be on the bench for decades.

Democrats traditionally have not made the judiciary a focus, but that is changing after four years of Trump and the vast changes he made. Biden's appointments are also the only concrete moves he has right now to affect the judiciary at large, though there is talk about expanding the number of judges on lower courts.

The nearly 90 seats that Biden can fill, which give their occupants life tenure after Senate confirmation, are fewer than Trump inherited four years ago. That's because Republicans who controlled the Senate in the final two years of the Obama White House confirmed relatively few judges.

Included in the tally are 10 seats on federal courts of appeals where nearly all appeals, other than the few dozen decided by the Supreme Court each year, come to an end.

One seat is held by Merrick Garland, whose confirmation as attorney general is expected in the coming days. Another longtime judge on the court, David Tatel, has said he is cutting back on his duties, a change that allows Biden to appoint his successor.

Chief Justice John Roberts, Justice Brett Kavanaugh and Thomas were appellate judges at the courthouse at the bottom of Capitol Hill before they joined the high court atop the Hill.

The late Justices Antonin Scalia and Ruth Bader Ginsburg also served on the appeals court, where they first formed their lasting friendship.

Following Scalia's death five years ago, President Barack Obama nominated Garland to the Supreme Court, but Senate Republicans didn't give him a hearing, much less a vote.

When Trump took office in January 2017, he had a high court vacancy to fill. He ended up making three Supreme Court appointments to go along with 54 appellate court picks and 174 trial judges, aided by then-Senate Majority Leader Mitch McConnell's determination to, as he put it, "leave no vacancy behind."

Democrats and their progressive allies say they've learned a lesson or two from the Republicans, and intend to make judicial nominations a greater focus than in past Democratic administrations.

"It's an exceptional situation where you have a president and the people around him ... who really see this as a high priority," said former Sen. Russ Feingold, the Wisconsin Democrat who served in the Senate with Biden for 16 years. Feingold now is president of the American Constitution Society.

Biden already has pledged to name a Black woman to the Supreme Court if a seat opens up. Justice Stephen Breyer, 82, is the oldest member of the court and could retire, but he has not announced any plans.

Democrats are in search of several kinds of diversity after the Trump years, in which more than 75% of judicial nominees were men and 85 percent were white.

In addition to race and gender, liberal groups are pushing for diversity of experience so that public defenders and public interest lawyers are considered along with lawyers from big law firms and prosecutors who have predominated in recent administrations.

"Our view is we would like to see them prioritize experiential diversity, which would be new and different from the two previous Democratic administrations," said Nan Aron, president of the liberal Alliance for Justice. 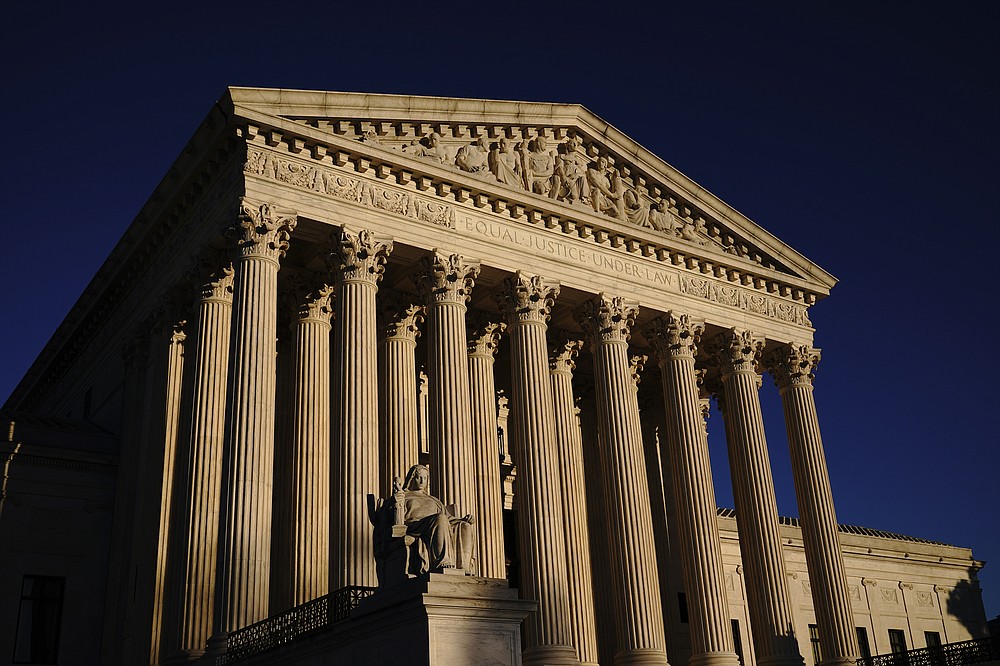 FILE - In this Nov. 2, 2020, file photo the Supreme Court is seen at sundown in Washington. President Joe Biden has two seats to fill on the influential appeals court in the nation's capital that regularly feeds judges to the Supreme Court. (AP Photo/J. Scott Applewhite, File) 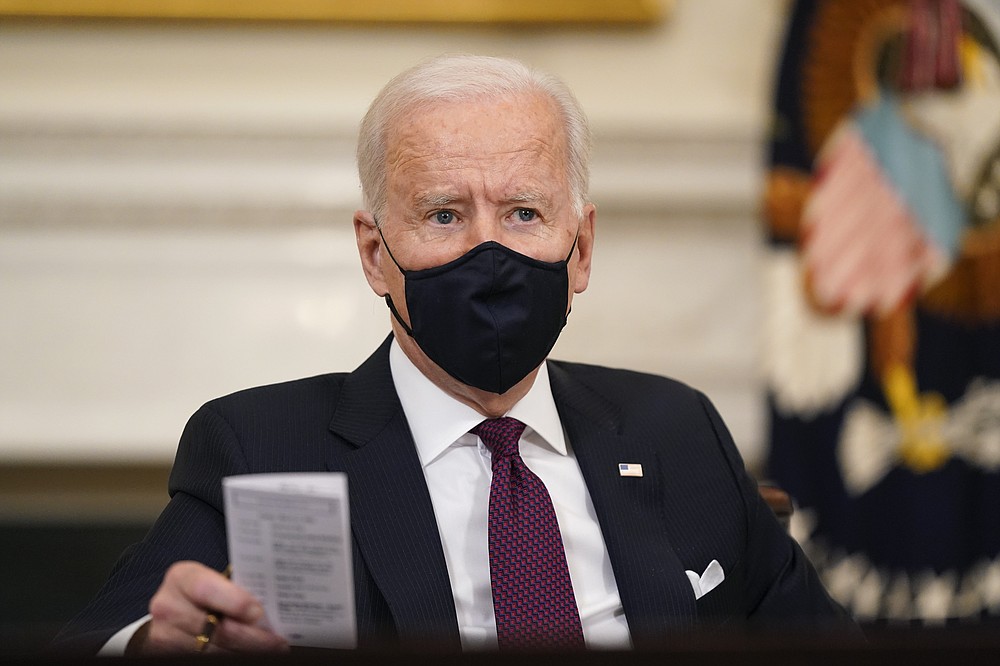 President Joe Biden participates in a roundtable discussion on a coronavirus relief package in the State Dining Room of the White House in Washington, Friday, March 5, 2021. (AP Photo/Patrick Semansky) 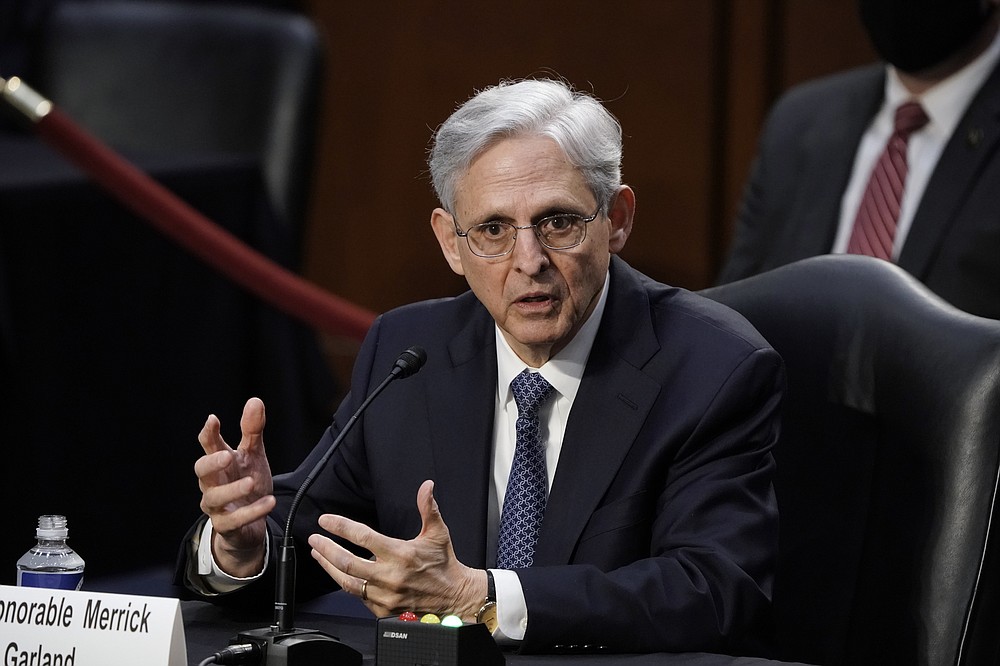