WHO chief presses waiver to get vaccines to poor 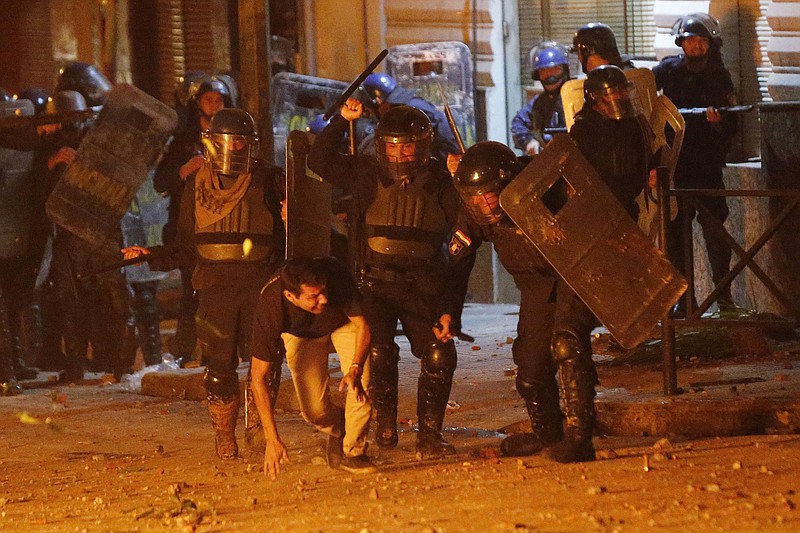 Riot police pursue a protester during a protest against the government of President Mario Abdo Benitez in response to the shortage of medications for COVID-19 patients in hospitals and the low availability of the vaccine against the new coronavirus, amid the resignation of the country's health minister, in Asuncion, Paraguay, Friday, March 5, 2021. (AP Photo/Jorge Saenz)

The director general of the World Health Organization on Friday renewed calls to waive some intellectual property rights for coronavirus vaccines, a move he said is needed to boost global supply and ensure greater access for poorer countries -- requisites for ending the pandemic.

"Flexibilities in trade regulations exist for emergencies, and surely a global pandemic, which has forced many societies to shut down and caused so much harm to business -- both large and small -- qualifies," Tedros Adhanom Ghebreyesus wrote in an op-ed in the Guardian published Friday, railing against "a 'me first' approach to vaccination."

"We need to be on a war footing, and it's important to be clear about what is needed," he wrote.

In recent days, Tedros has made his most pointed plea yet for the waiver of some patents -- the intellectual property protections behind vaccine formulations -- for coronavirus vaccines and medical supplies. The 164-member World Trade Organization is deadlocked over a proposal to do so put forward by India and South Africa on behalf of countries with little or no vaccine doses. The idea has been roundly opposed by the United States and largely other western countries, where major pharmaceutical companies are based.

"If a temporary waiver to patents cannot be issued now, during these unprecedented times, when will be the right time?" Tedros tweeted Thursday. "Solidarity is the only way out."

The WTO is to meet virtually next week, after a deadlock over the matter in meetings Monday and Tuesday. The WTO works via consensus, meaning that all member-nations must agree on any measure.

Though the development of the coronavirus vaccines has happened at an extraordinarily rapid pace, their production and rollout is still at nascent stages. The vast majority of the 225 million vaccine doses so far administered have been in wealthy, western countries, Tedros said. Public health experts have warned that the longer the virus circulates globally among unvaccinated populations, the greater chance there is of more easily transmissible variants developing.

A spokesperson for U.S. Trade Representative Adam Hodge said in an email last week that the Biden administration "is evaluating the efficacy of this specific proposal by its true potential to save lives."

Opponents of the WHO proposal say waiving intellectual property rights in this case would diminish the financial incentive for companies to invest the time and money in future research and development.

[Video not showing up above? Click here to watch » https://www.youtube.com/watch?v=lPC5oBIwBFw]

During the HIV/AIDS crisis, the WTO agreed on a licensing model that expanded affordable access to lifesaving medicines for patients, particularly in hard-hit sub-Saharan Africa, and included in it mechanisms for compensating companies. The fast-paced development of the current vaccines -- which involved companies taking expensive research risks -- was also bolstered by funding from governments like the United States and Britain, he said.

"Waiving patents temporarily won't mean innovators miss out," Tedros wrote in the Guardian. "Like during the HIV crisis or in a war, companies will be paid royalties for the products they manufacture."

He continued, "It's also important for low- and middle-income countries to build on their domestic manufacturing capacity. Just as the yellow fever vaccine is now produced in Dakar, Senegal, an investment in manufacturing could see the same done with coronavirus vaccines."

Meanwhile, Canada is getting a fourth vaccine as the country's health regulator has cleared the Johnson & Johnson shot that works with just one dose instead of two, officials said Friday.

Like many countries, Canada does not have domestic production and has struggled with an immediate shortage of vaccines. The U.S. so far isn't allowing locally made vaccines to be exported, so Canada -- like Mexico -- has been forced to get vaccines from Europe and Asia.

Prime Minister Justin Trudeau said Canada has an agreement with Johnson & Johnson for 10 million doses before September. It was not clear when it would get its first shipments.

But Trudeau said Pfizer would deliver an additional 1.5 million doses to Canada in March and another 1 million doses ahead of schedule in April and May.

"We have reasons to be optimistic. We're going to be able to move things forward," Trudeau said. "But at the same time, we also know that these are global supply chains that are being set up, and there's always possibility for disruptions."

"Of course I understand Italy," French Health Minister Olivier Veran said in an interview with RMC radio. "We could do the same thing."

The support from a major EU country comes after Australia called on the European Commission to examine Italy's actions. The bloc has struggled to distribute shots to its population and sparred with the Anglo-Swedish drug company over production delays.

Italy informed the commission that it would withhold the vaccine shipment, using a new rule that obliges member states to inform the EU executive when it decides to stop doses being exported outside the bloc. The commission didn't oppose Italy's decision, an EU official said. The company declined to comment.

The Italian foreign ministry said the decision involving 250,700 doses was a consequence of continued vaccine scarcity in Italy and elsewhere in Europe, and took into account AstraZeneca supply delays. It also said Australia was considered a "nonvulnerable" country.

Information for this article was contributed by Miriam Berger of The Washington Post; by Rob Gillies of The Associated Press; and by Viktoria Dendrinou, John Follain and Francois de Beaupuy of Bloomberg News (WPNS). 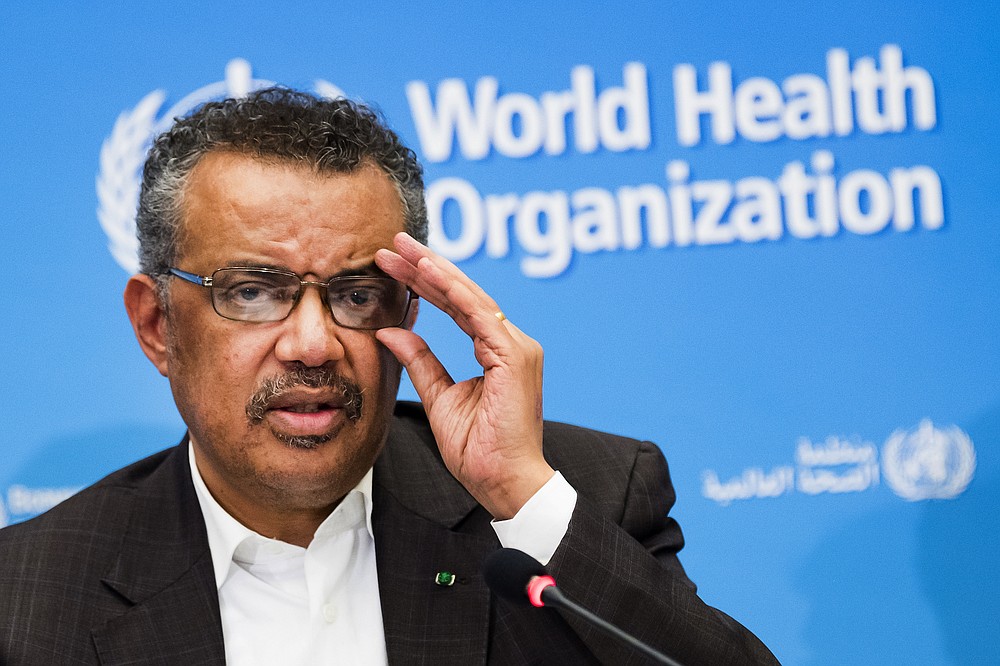