MUSIC MADNESS: Take up a Bad Habit, revel in resurgence of live music 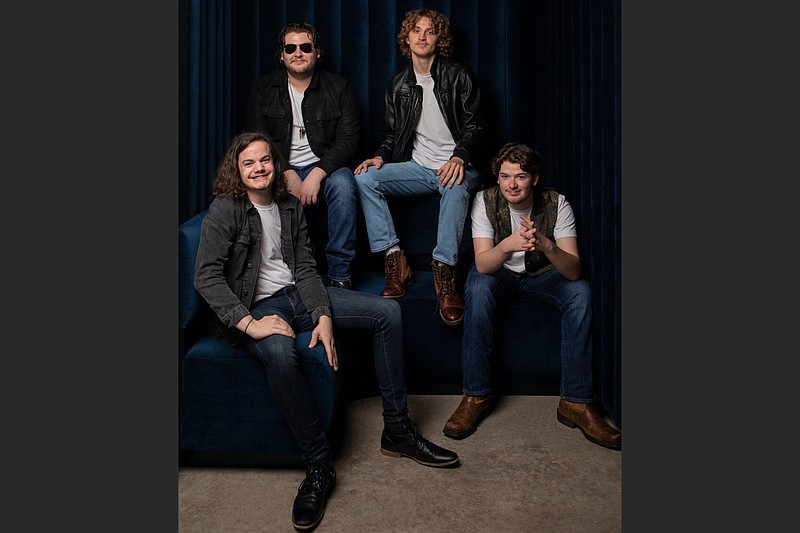 Bad Habit, along with opening act Amy McBryde, will perform at 8 p.m. Saturday at Stickyz Rock 'n' Roll Chicken Shack in Little Rock. Tickets are $10 and reservations are required. If any tickets remain at showtime, they will be $12. (501) 372-7707; stickyz.com.

Grand Duo is Paul Tull and Don Tucker, veterans of the Little Rock music scene, and coordinators for the Central Arkansas chapter of the Nashville Songwriters Association. They are also both involved with Freedom Sings, an organization that helps veterans by writing songs about their military time.

Thirty vendors will be at the event, along with food trucks and lawn games; the Easter Bunny will hop around from 11 a.m. to 1 p.m. for free photos.

"Mad Battle," a battle of the bands which was to have been Feb. 20 — but postponed due to weather — will be 7 p.m. Saturday at the First Financial Music Hall in El Dorado. Tickets are $10 in advance, $15 the day of the show. Children 6 and under will be admitted free. The show will be the first in 2021 for the venue. For tickets and information go to eldomad.com.

Hyde, a guitarist, is also a reporter for the Jonesboro Sun newspaper and Cox, who lives in Missouri, has been the lead guitarist/vocalist for the group Canyon for 14 years.

A virtual donation box will be available for those wishing to contribute to center programming.

◼️ Cole Ritter and the Night Owls will perform at 8 p.m. Friday at The Station Inn in Nashville, Tenn. The event will be free in-person as well as streamed on Facebook.

◼️ Singer-songwriter Malcolm Holcombe, who creates his music in the Blue Ridge mountains of North Carolina, will perform his 2005 album, "I Never Heard You Knockin'," which will be No. 14 in his "Backyard Shed Series," at 1 p.m. Sunday. Holcombe, a frequent visitor to White Water Tavern in the pre-covid era, will perform an acoustic version of his album on Facebook and YouTube.

◼️ John Hiatt will be featured from 2-3:30 p.m. Sunday on "Sundays with Mary Gauthier" on Facebook Live. The show is free to watch.

◼️ Jonathan Byrd will host an event, "Shake Sugaree for Safe Passage" at 6 p.m. Wednesday in a free Facebook event.

◼️ Cruz Contreras will perform at 8 p.m. Wednesday at Nashville's Station Inn in a live show on Facebook. Viewing is free.

Singer-songwriter Amanda Shires, who has headlined shows at Stickyz, has posted a video for her 2014 song, "Look Like a Bird." She also notes on her Facebook page that she is taking questions and comments on the site. One such question came from a 60-year-old wondering if he or she was too old to learn to play the fiddle, which Shires has taught in the past. No, said she, noting that she has taught students from ages 8 to 80.

◼️ Fans of St. Louis jazz rock group, The Dave Weckl Band, will be intrigued to know the band reunited to record an album, "Live in St. Louis at the Chesterfield Jazz Festival 2019." The album, the band's first since 2005, will be released April 9. Those wanting to hear the first single, "Big B Little B," can do so at tinyurl.com/hfrceyw9.

◼️ Country singer Sammy Sadler has released his "re-imagining" of a song, "Church on Cumberland Road," which also features the voice of Marty Rybon, lead singer of the band Shenandoah, which first released the song in 1989 — the same year Sadler was wounded in a shooting on Nashville's Music Row that killed his friend. It took Sadler nearly a decade to recover.

The song will be on Sadler's forthcoming album, "1989," to be released in the spring. The song can be heard at tinyurl.com/ ye8cdmpt.

◼️ D. Black's The Black Project and The Blickity Project, a double collection of 28 songs produced by Black, can be heard on Spotify, Apple and YouTube.

Larkin Poe, the folk rock duo of sisters, was to perform March 14, 2020. The performance was later rescheduled to August, then to March this year, and has now been rescheduled again to Dec. 8 at Pulaski Tech's Center for Humanities and Arts on Scenic Hill in North Little Rock.