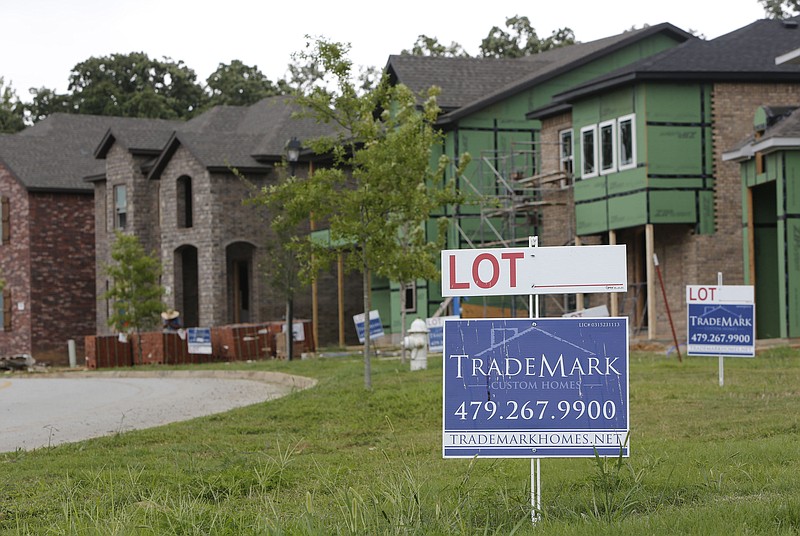 FAYETTEVILLE — It will take coordination across public and private sectors to meet a growing housing demand, and the effort needs to start now, panelists agreed during a forum Monday on residential development in the city.

Hamilton said the city is facing a systematic problem, and it will take city planners, builders, developers and res- idents coming together to solve.

Average home sale prices in the city rose 75% from 2011 to last year, from $137,750 to $240,907, Hamilton said. That’s not as bad as some cities in the nation, but it will take a combination of planning for new construction and building on lots throughout the city to meet demand, he said.

For instance, there were 184 new home sales within 1.5 miles of the U.S. Post Office on Dickson Street from 2011 to last year, Hamilton said. That’s about 1% of all home sales in the city during that decade, he said.

The figure shows most of the developable lots within the city’s core have been built on, so careful planning is needed to develop other parts of the city and to redevelop buildings, Hamilton said.

“We’re at a point right now where our supply and demand is just about to be very much out of line,” he said. “I think that’s a problem nationally. I don’t think there’s any one party in this ongoing conversation that anybody can point fingers at, but it is something that we all will have to pull together to solve.”

Hoffman said the city will basically have to rebuild it- self over the next couple of decades. The Northwest Arkansas Regional Planning Commission projects the city’s population will reach 113,000 by 2030 and 142,000 by 2040, a 25% increase each decade. Estimated population at the beginning of 2020 was just more than 90,000.

It will take housing projects that are allowed under city code and zoning regulations, mixed with what is marketable and convenient to build, to keep the combined housing and transportation cost per resident from soar- ing, Hoffman said.

“Every project we reject in Fayetteville doesn’t go away, it just goes farther away,” he said. “This creates a situation like what we have now, where basically people have to do what we call, ‘drive until you qualify.’ You just have to go farther and farther out into the hinterlands.”

Marquess said while the city pushes its infill development goals, planners need to remember people still like to live in single-family homes. The number of homes selling for under $250,000 is declining, and when potential homeowners can’t find them, they go elsewhere in the re- gion, he said.

The rare amount of available, relatively low-cost land in the city makes it difficult for developers to build affordable homes, Marquess said. Public-private partner- ships, in which builders and city planners identify certain tracts of land to build housing with commercial uses mixed in, could help, he said.

“It all has to come together more in unison than as piece- meal,” Marquess said. “I think that’s our biggest challenge.”

Quinlan said city code historically has made it eas- ier for developers to build single-family homes because those are exempt from drainage and tree preservation requirements. The city’s single-family zoning district allowing up to four units per acre makes it difficult to build smaller homes on smaller lots, she said, resulting in frequent rezoning requests.

There’s a growing tension between developers wanting to build infill projects in neighborhoods and residents who want to keep their neighborhood’s character preserved, Quinlan said.

“Our code forces us to do neither of those things and to grow in a way that both camps hate — low-density, auto-centric development that disturbs significant land area for each new housing unit provided, but still results in increased costs,” she said.

The city also is lagging on multifamily development, panelists agreed. Hudson said based on his calculations, the city will need to build about

400 new multifamily units each year over the next 20 years to keep up with de- mand. The city is building about 175 new units a year on average, excluding student housing, he said.

Indications are the student housing market in the city may have reached demand, which puts less pressure on the conventional multifamily market, Hudson said. However, the city’s historically low vacancy rate for those units — about 3% consistently for one- to two-bedroom units — shows demand is still high, he said.