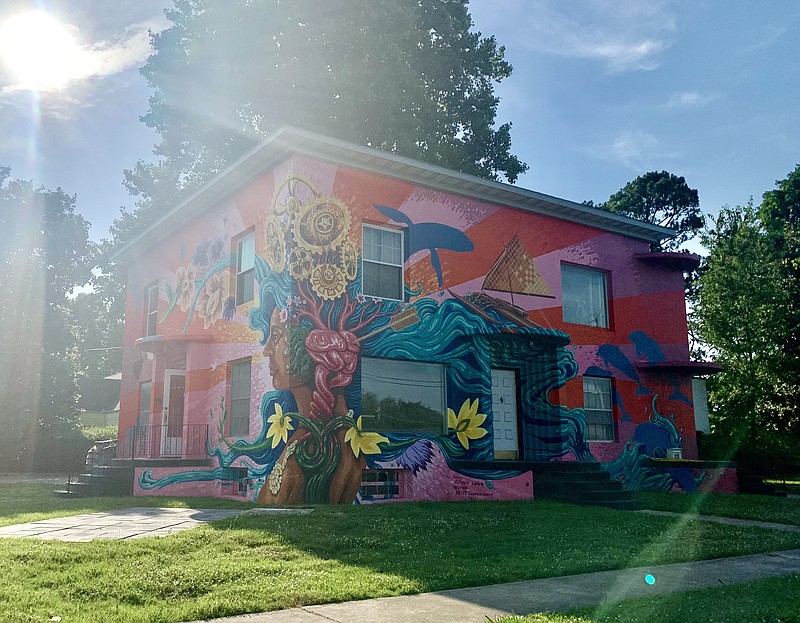 Amid renovations and renewed business in downtown Springdale, a new restaurant plans to add unique flavor to the district.

Bauhaus Biergarten will bring a taste of Germany when it opens later this year in the Monarch Building at 326 Holcomb St.

"The concept is basically a small indoor bar with an associated sort of sausage house food trailer and then an outdoor beer garden," says Daniel Hintz, Operating Partner with Jennifer Hill Booker and founder of local firm Velocity Group.

A simple concept, but Hintz and Booker, who is a professional chef, author and entrepreneur, see it as an opportunity for both foodies and the region's growing food scene.

As the culinary mind behind the restaurant, Booker hopes Bauhaus will bring the opportunity for "people who wouldn't normally travel outside of the United States to kind of get Europe to come right to them."

Since Hintz and Booker met in Northwest Arkansas several years ago, mutual experiences involving German food and culture have been a connecting point.

"I'm from Milwaukee, Wisconsin, and so definitely grew up among that sort of German American diaspora," Hintz said about his inspiration for the project.

Booker spent four years in Europe, including a year at Paris culinary school Le Cordon Bleu. During those years, she got to know the ins and outs of many culinary traditions, but especially the distinctive cuisine of Germany.

Together they realized their experiences with German cuisine could become a part of what Booker calls the current "renaissance of food and art in Northwest Arkansas."

"It was an easy collaboration," she said.

Beyond the food, the restaurant will have more subtle links to Europe.

The restaurant's name comes from an influential German art movement and school.

"The building itself actually has connections to Germany," Hintz said. "The Monarch Building was actually built in 1947 by German artisans that were flown over to Springdale soon after World War II to build the apartment for a doctor."

Bringing notable visiting chefs into Northwest Arkansas, participating in events like Oktoberfest and offering special membership programs are all goals for Bauhaus. They'll also aim to use local produce, he said.

"We will be focusing as much as we can on local product," Hintz said. "We're constantly looking at creative ways to incorporate local product, unique from places like Wisconsin and it's gonna be the same thing with our beer selection. We're going to be focusing on taps primarily with German beers, but we also have several Wisconsin beers that we have our eyes on."

Booker, who has written two cookbooks and a children's book and competed on Food Network's Cutthroat Kitchen, also knows something about local produce and sustainable cooking practices, having worked with the James Beard Foundation as a member of its Food Waste Advisory Council.

She's been slowly transitioning to the region from Atlanta over the last few months, she said. "It's a community that really wants a food scene and is ready and kind of embracing it, so that's exciting to me to get to bring my brand of southern global cuisine to Northwest Arkansas."

"It's the collaboration around food, but it isn't just about Bauhaus," Hintz said. "We hope the concept sort of contributes to the newly established arts and creative district in downtown Springdale and to the overall renaissance of downtown Springdale."