Drag-racing proposal fails to lift off at Carroll County Airport 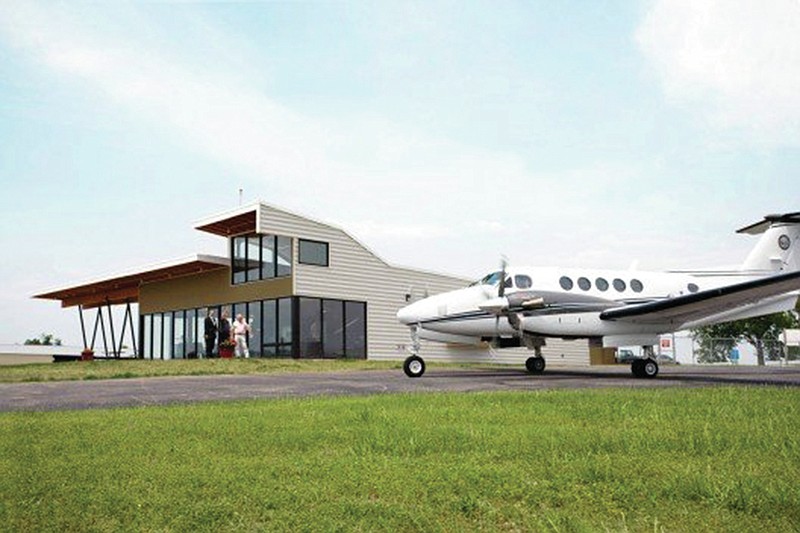 For Shane Roberts, it's been kind of a drag at the Carroll County Airport.

But not the kind he was hoping for.

Roberts, a diesel mechanic and jewelry maker, asked the airport commission to allow a drag-racing event on the runway. He said it could bring in lots of money.

But the proposal didn't fly at the meeting.

"It's a dead point," said airport manager Michael Pfeifer. "The FAA officials said they will not support it. And that pretty much ended the whole discussion."

Located 3 miles west of Berryville, the public Carroll County Airport has an average of 58 aircraft operations per day. The airport has a single, asphalt runway that's 3,554 feet long. That's about two-thirds of a mile.

Drag races normally involve two cars, side by side, racing for one-fourth of a mile. But some drag races are one-eighth of a mile. Drivers also need roadway to decelerate after crossing the finish line.

Roberts said there was enough runway to have quarter-mile drag races.

Pfeifer said the drag-racing proposal went before the airport commission on June 18. A commissioner made a motion to get more information on the subject, but it died for lack of a second.

"We did give them an ear in the committee meeting," said Pfeifer. "Bottom line is we take FAA money, we've got pilots on the field who don't support it, and you've got an airport manager that doesn't support it."

Roberts said he "completely understands" if the commission doesn't want to allow drag racing at the airport.

He said the commissioners were concerned about the downtime from closing the airport for the event. They were also worried that cars could damage the runway.

Roberts said his group, which includes about 50 drag-racing enthusiasts, may look for other options, such as a road that can be legally closed for a day for the event.

Other airports around the country have been used for drag races, but Pfeifer said most of those events were at private airports.

"Private airports are not beholden to federal grant obligations," said Elizabeth Cory, a spokeswoman for the Federal Aviation Administration. "Airports that receive public funds have been prevented from using the facilities for non-aviation activities for at least 20 years, if not longer."

In an email to Pfeifer, S. Katie Fields-Pack, an FAA program manager, wrote: "The [district office] will not support racing on the primary runway. Per compliance regulations, the airport must remain open for aviation activities."

While the FAA doesn't "support" using a public airport runway for drag racing, it does occasionally allow it, said Jerry Chism, director of the Arkansas Department of Commerce's Division of Aeronautics.

But there are many hoops to jump through, said Chism.

"It is possible to use it on very limited, very rare basis if you go through the FAA," he said. "They don't like it. They strongly discourage it. If you can clear all their their hurdles, they'll allow it."

Chism said his office doesn't support the drag-racing idea either. He said there are 90 public-use airports in Arkansas, and 72 of them receive funding from the FAA. Any of the other 18 airports could hold drag-racing events and not worry about losing federal funding, but managers at those airports like to follow FAA guidelines, said Chism.

Car races are held at the Arkansas International Airport at Blytheville, which has a runway that's over 2 miles long. It has been used since 2018 by the ECTA (formerly known as the East Coast Timing Association), which holds half-mile and 1-mile speed racing events there.

But that's only one car at a time (or one motorcycle), which is different from drag racing, said Barrett Harrison, president of the Blytheville-Gosnell Regional Airport Authority.

"We don't have the wheel-to-wheel stuff," he said. "We just wouldn't do it. That just adds to the risk."

Harrison said they schedule the land speed events for times when the airport will be closed for maintenance or other reasons. He said it brings in a crowd.

"The FAA recognizes that any type of event you can have at your airport is good for the local economy," said Harrison.

In the 1960s and '70s, the Carlisle Municipal Airport in Lonoke County was a hot spot for drag racing, said Carl Lee Pauschert, 71, who grew up on property next door and worked at the airport.

He said crop dusters would be taking off on one of the airport's runways while cars were drag racing on the other runway.