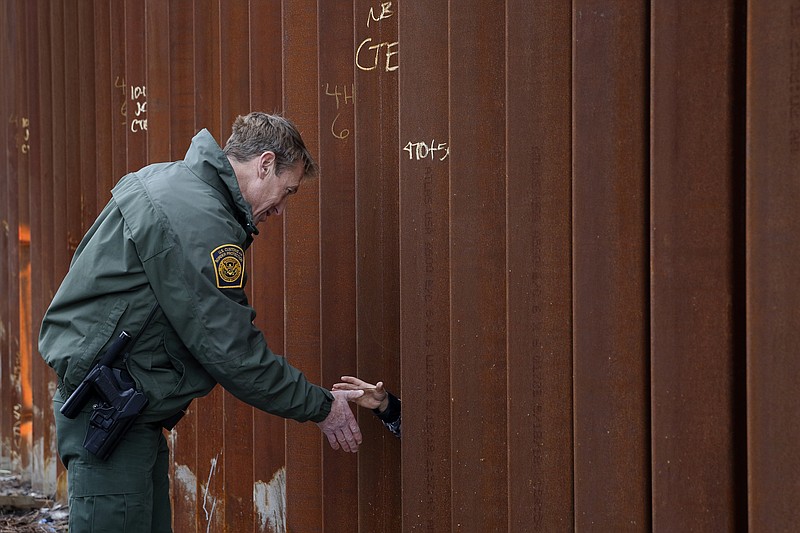 FILE - In this Jan 15, 2019, file photo, Rodney Scott, then-U.S. Border Patrol's San Diego sector chief shakes hands through a section of newly-replaced border wall in San Diego. The chief of the Border Patrol said Wednesday, June 23, 2021, he was leaving his job after less than two years in a position that lies in the crosshairs of polarizing political debate. Rodney Scott wrote to agents that he will be reassigned. (AP Photo/Gregory Bull, File)

CALEXICO, Calif. -- The chief of the U.S. Border Patrol was forced out of his job Wednesday, after less than two years in a position that lies in the crosshairs of polarizing political debate.

Rodney Scott wrote to agents that he will be reassigned, saying he "will continue working hard to support you over the next several weeks to ensure a smooth transition."

Scott told top agency officials during a call to discuss budgets and other issues that he had 60 days to decide whether to be reassigned or retire, according to an official with direct knowledge of the matter who spoke on the condition of anonymity because it was not intended for public release.

He said he was undecided. Raul Ortiz, Scott's deputy, will serve as interim chief, Scott told officials on the call.

Scott, a career official, was appointed head of the border agency in January 2020 and enthusiastically embraced then-President Donald Trump's policies, particularly on building a U.S.-Mexico border wall. President Joe Biden has canceled wall construction, one of his predecessor's top priorities.

The Department of Homeland Security, which oversees the Border Patrol, did not immediately respond to a request for comment. Scott hasn't responded to a text or phone message.

It isn't the first time a Border Patrol chief has left with a change in presidential administration. Trump ousted Mark Morgan, a former FBI agent and the first outsider to lead the agency in its 97-year history, during his first week in office. It came less than a year after Morgan took the job during the Obama administration.

After his ouster, Morgan became a familiar face on cable television, fiercely defending Trump's border policies and getting back in the president's good graces before Trump brought him back to the administration. As acting commissioner of U.S. Customs and Border Protection, Morgan appointed Scott to lead the Border Patrol.

The head of the Border Patrol, who leads an agency of nearly 20,000 agents, is appointed by the Customs and Border Protection commissioner and not subject to Senate confirmation. In April, Biden nominated Chris Magnus, the police chief of Tucson, Ariz., to lead the Border Patrol's parent agency.

Scott, who spent much of his career in San Diego, became an agent in 1992 when San Diego was by far the busiest corridor for illegal crossings. Traffic plummeted after the government dramatically increased enforcement there, but critics note the effort pushed people to remote parts of California and Arizona, where thousands have died in the heat.

San Diego was also where wall construction began in the 1990s, which shaped Scott's belief that barriers work.

"It wasn't, 'Do it in San Diego and stop,'" he said in a 2019 interview. "It was, 'Let's prove what works and then let's copy it on the southwest border so we can improve security for the whole United States."

When Scott was named San Diego sector chief in 2017, he devoted most of his remarks at a change-of-command ceremony to how the area evolved from the early 1990s. He shared the same story, in abbreviated form, with Trump on live television when the president toured border wall prototypes four months later. Trump often cited San Diego as a model of what he hoped to achieve along the border.

His relatively short tenure as chief was largely dominated by covid-19 and a pandemic-related ban on seeking asylum that was introduced in March 2020 and remains in place.

U.S. authorities recorded more than 180,000 encounters on the Mexican border in May, the most since March 2000. But the numbers were boosted by the ban, which has encouraged repetitive attempts to cross because getting caught carries no legal consequences. 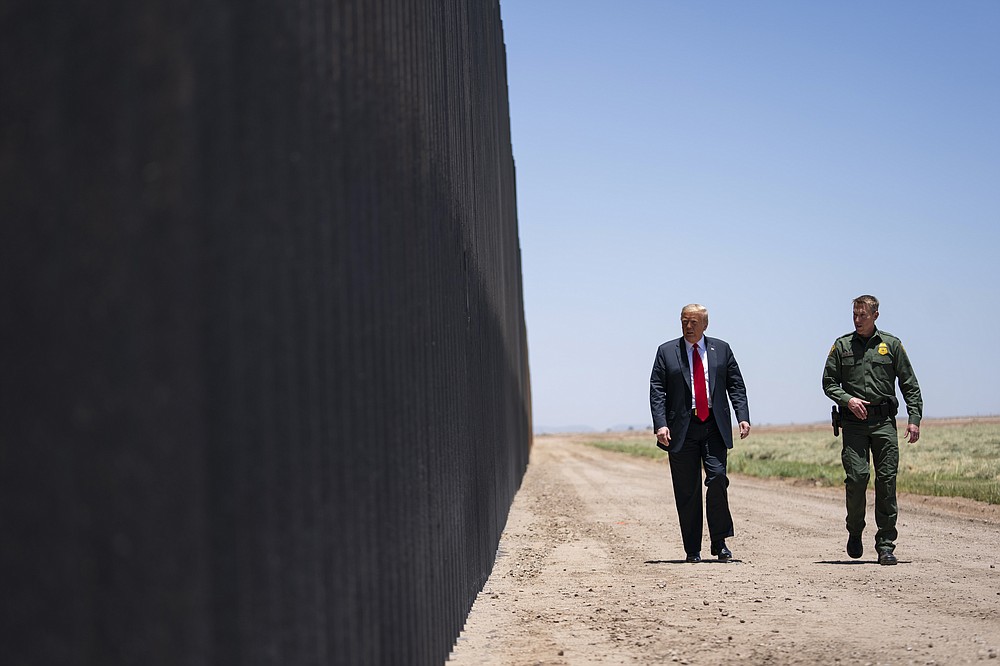 FILE - In this June 23, 2020, file photo, United State Border Patrol chief Rodney Scott gives President Donald Trump a tour of a section of the border wall in San Luis, Ariz. The chief of the Border Patrol said Wednesday, June 23, 2021, he was leaving his job after less than two years in a position that lies in the crosshairs of polarizing political debate. Scott wrote to agents that he will be reassigned. (AP Photo/Evan Vucci, File)