Davis tries on a bib as caddie 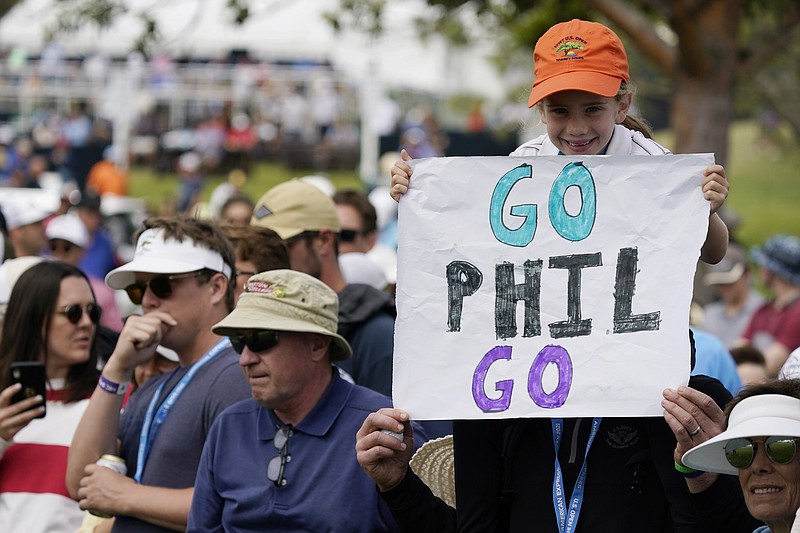 Fans cheer on Phil Mickelson along the seventh fairway during the second round of the U.S. Open Golf Championship, Friday, June 18, 2021, at Torrey Pines Golf Course in San Diego. (AP Photo/Marcio Jose Sanchez)

SAN DIEGO -- Mike Davis is retiring at the end of the month as CEO of the USGA, and his stress level is at a low point for the U.S. Open. For starters, he has been seen wearing tennis shoes his week. And on Saturday, he was wearing a caddie bib.

Davis went 18 holes at Torrey Pines with Jason Gore, who played as a non-competing marker with Akshay Bhatia in the first group.

Gore is best known for playing in the final group of the 2005 U.S. Open at Pinehurst No. 2 and closing with an 84 to tie for 49th. He now works for the USGA as a director of player services, giving PGA Tour players one of their own in dealing with the USGA.

Gore was in. He needed a caddie. He texted his boss.

Davis said he told Gore that playing with only eight clubs -- that would lighten the bag -- was acceptable. Gore wasn't buying.

"I might have embarrassed myself, but it wasn't with my golf clubs," Gore said. "The golf course is hard. It's long for an old man. I haven't touched a club in three weeks, and it was more about just going out and having a good time, stay out of Akshay's way. I think we did a good job with that."

Gore gets one more round Sunday, and it could really make him feel old. In 71st place was Wilco Nienaber, the longest hitter in golf.

And he's getting a new caddie.

Whatever thoughts Phil Mickelson had of finally winning a U.S. Open will have to wait until next year. The 51-year-old PGA champion had a rough time at Torrey Pines.

Mickelson was wild off the tee early and it cost him. And then he struggled on the greens, particularly a four-putt double bogey on the 17th hole. It added to a 40 on the back nine for a 76, and Mickelson was toward the bottom of the leaderboard.

Lefty's assessment: "I just completely lost it out there."

"I know I'm playing a little bit better, but I just kind of lost it on Thursday [75] and today," he said. "I know that I've been playing well, and I'm going to go to the range and try to find it, and go have a good round tomorrow."

Mickelson is playing the next two weeks in the Travelers Championship and the Rocket Mortgage Classic. He said he would try to find moment he created at Kiawah Island and see if he can resume some good golf.

The good news? As PGA champion, he gets four more cracks at the only major keeping him from the career Grand Slam.

Saturday was a big moving day for Paul Casey, and not just in the U.S. Open.

This is the final week before the 60-man field at the Olympics is determined by the world ranking. Countries get two spots, and Casey is in a tight battle for the second one with Matt Fitzpatrick. Casey is No. 19 in the world, Fitzpatrick is No. 20.

"You couldn't slide a piece of paper between Fitzy and I, can you?" Casey said.

Casey shot a 67, matching the best score of the U.S. Open. Fitzpatrick had three birdies and no bogeys over his last 10 holes to salvage a 73. He was four shots behind Casey, with some two dozen players between them.

Still to be determined is whether Tyrrell Hatton, the top-ranked player from the UK, decides to go to the Olympics next month. 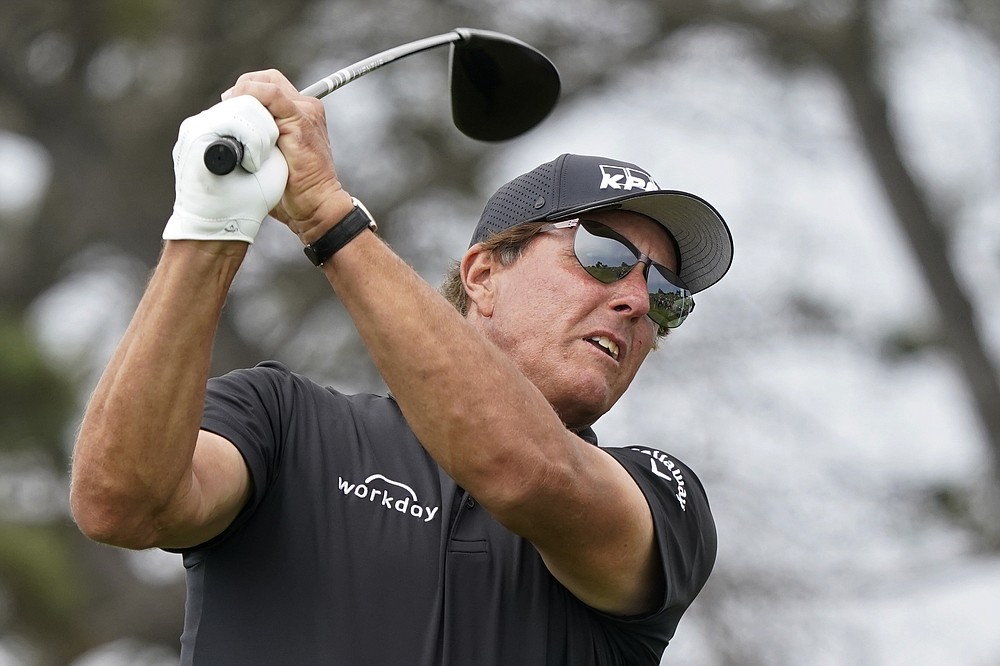 Phil Mickelson plays his shot from the fifth tee during the second round of the U.S. Open Golf Championship, Friday, June 18, 2021, at Torrey Pines Golf Course in San Diego. (AP Photo/Marcio Jose Sanchez) 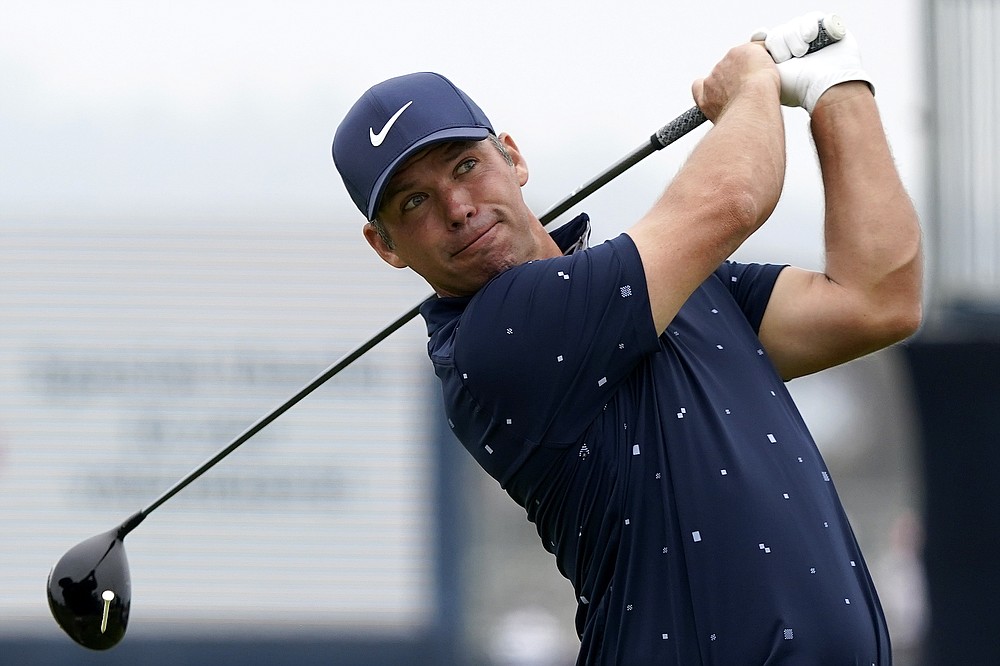 Paul Casey, of England, plays his shot from the 18th tee during the third round of the U.S. Open Golf Championship, Saturday, June 19, 2021, at Torrey Pines Golf Course in San Diego. (AP Photo/Marcio Jose Sanchez) 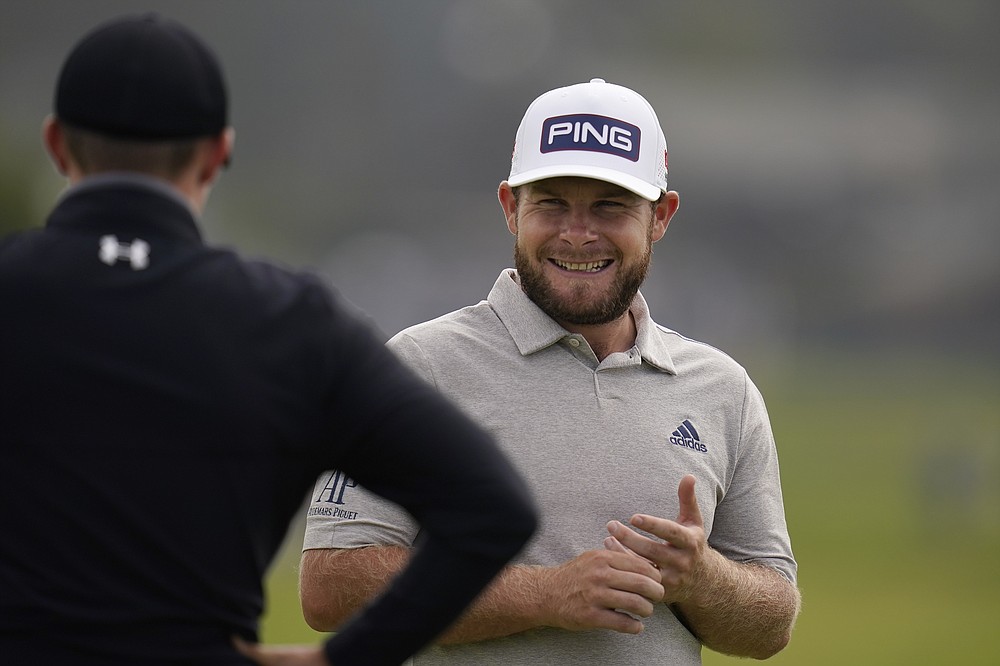 Tyrrell Hatton, right, laughs with Matt Fitzpatrick, of England, on the first green during the first round of the U.S. Open Golf Championship, Thursday, June 17, 2021, at Torrey Pines Golf Course in San Diego. (AP Photo/Gregory Bull)

Print Headline: Davis tries on a bib as caddie