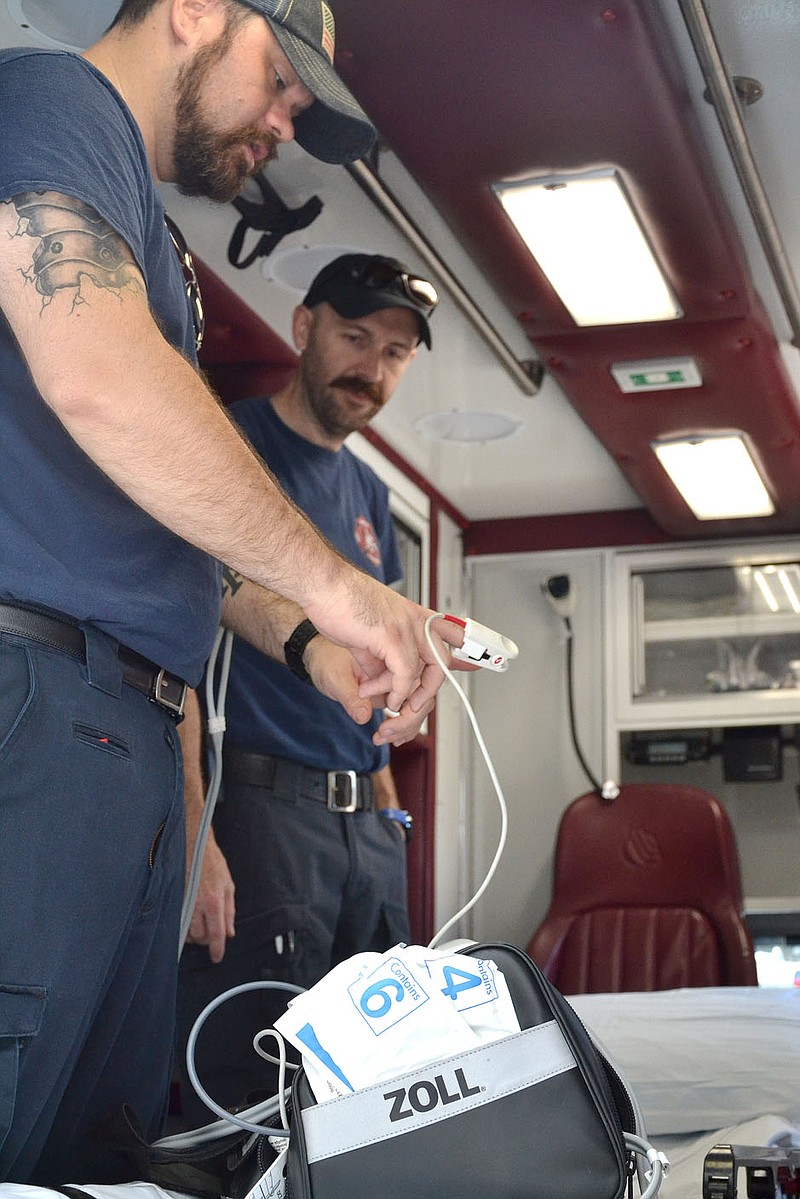 PEA RIDGE -- Firefighters, paramedics, emergency medical technicians, board members and volunteers spent a sunny Saturday visiting with the public and showing off skills and equipment to the public for the NEBCO Demonstration Day.

After a year of canceled public events due to government restrictions imposed because of the covid-19 pandemic, officials at Northeast Benton County Volunteer Fire-EMS Department were eager to visit with the public.

NEBCO has previously sponsored several events annually including pancake breakfasts, rib cook-offs and a turkey shoot, but all events for 2020 were canceled due to the government restrictions as a response to the covid-19 pandemic.

The NEBCO Firefighters Association was formed in April of 1978 with two fire trucks and one fire station.

NEBCO Fire covers the largest territory of any volunteer fire department in Arkansas, according to NEBCO officials, covering 3,715 households within an approximately 84 square mile district including 81 miles of Beaver Lake shoreline. NEBCO's territory extends from the Missouri line on the north to Beaver Lake on the south, from the Avoca and Rogers Fire Department territories on the west and to Carroll County on the east.

In March of 1985, the Volunteer Ambulance Service answered their first emergency call, providing basic life support services to the NEBCO Volunteer Fire Department territory and the adjoining Avoca Fire District. In 2007, changes were put into place to move the ambulance service to an Advance Life Support (ALS) service. On June 1, 2010, VAS and NEBCO Volunteer Fire Department merged, creating NEBCO FIRE-EMS. On July 1, 2010, the evolution of the ambulance service from BLS to ALS was completed. The ambulance service is staffed 24/7 with both an EMT and a paramedic. Heart monitors, life saving medications, and other necessary equipment are standard on every ambulance call.

NEBCO EMS serves 6,118 households within an approximately 121 square mile district, while providing mutual aid to both Pea Ridge and Rogers as needed, according to the NEBCO website.

Annette Beard may be reached by email at [email protected]