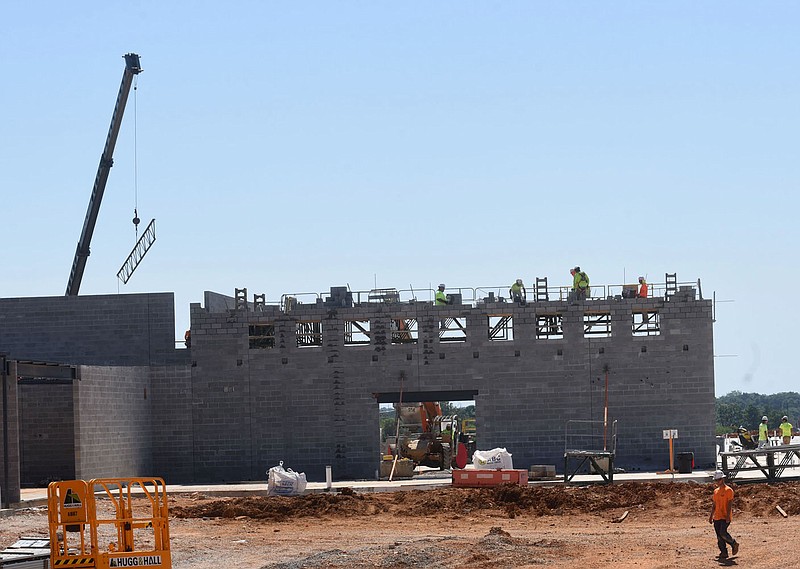 Workers make progress Tuesday on a new Bentonville School District elementary school along Barron Road northeast of the Benton County Fairgrounds. It is the 13th elementary school for the district. Go to nwaonlin.com/210616Daily/ to see more photos. (NWA Democrat-Gazette/Flip Putthoff)

BENTONVILLE -- Children who live in the southwest sector of the School District will attend the elementary school scheduled to open in August 2022.

The School Board on Tuesday voted 5-0 in favor of a set of elementary school attendance boundaries that will take effect when the new school opens. Board members Willie Cowgur and Jennifer Faddis were absent.

The district's 13th elementary school, which hasn't been named, is being built on 30 acres at the corner of Southwest Barron and Opal roads, just north of the Benton County Fairgrounds.

The rezoning that must accompany the new school will cause about 1,100 elementary students to change schools for the 2022-23 academic year, according to district officials.

The new school's zone will stretch from the district's southern border -- near Northwest Arkansas National Airport -- north to West Centerton Boulevard, and from the western border east to about Mill Dam Road.

Don Hoover, executive director of student services, presented the final boundary proposal to the board, which was nearly identical to the preliminary proposal he brought to the board in April.

"We've received a lot of community input, and we sought that the last few months," Hoover said. "I have received many phone calls and emails."

Public feedback convinced officials to make one tweak to the original proposal. The new school's boundary at its southeast corner was moved in order to incorporate the entire Little Osage Hills subdivision, rather than splitting it with the Evening Star Elementary zone.

The rezoning will affect numerous neighborhoods in the district. For example, the Angel Falls subdivision in northwest Bentonville will switch from Elm Tree Elementary to Jefferson Elementary. That change will affect 36 children in the subdivision, Hoover said.

Hoover said he had communications from several residents of Angel Falls about the proposed move.

The move was necessary to help balance the enrollment at Jefferson with the enrollments at other schools, Hoover said. Growth is heaviest in the district's south and west parts, and not so much in the center of Bentonville, where the district has a few schools clustered together.

"We can't move those downtown elementary schools. If we could, we would," board President Eric White said.

The 13th elementary is projected to open with 565 students, or 77% of its 730-student capacity, according to Hoover.

Nobody from the public used time allotted for public comment to speak about the rezoning. Board members complimented Hoover and the administration on its work.

"We pay teachers very well and we pay them the same in all of our buildings," said Joe Quinn, a board member. "We pay principals very well. We're very selective about who gets to be principal, and the quality is the same building to building. I believe that 1,000 percent. I think that gets lost in the discussion a little bit." 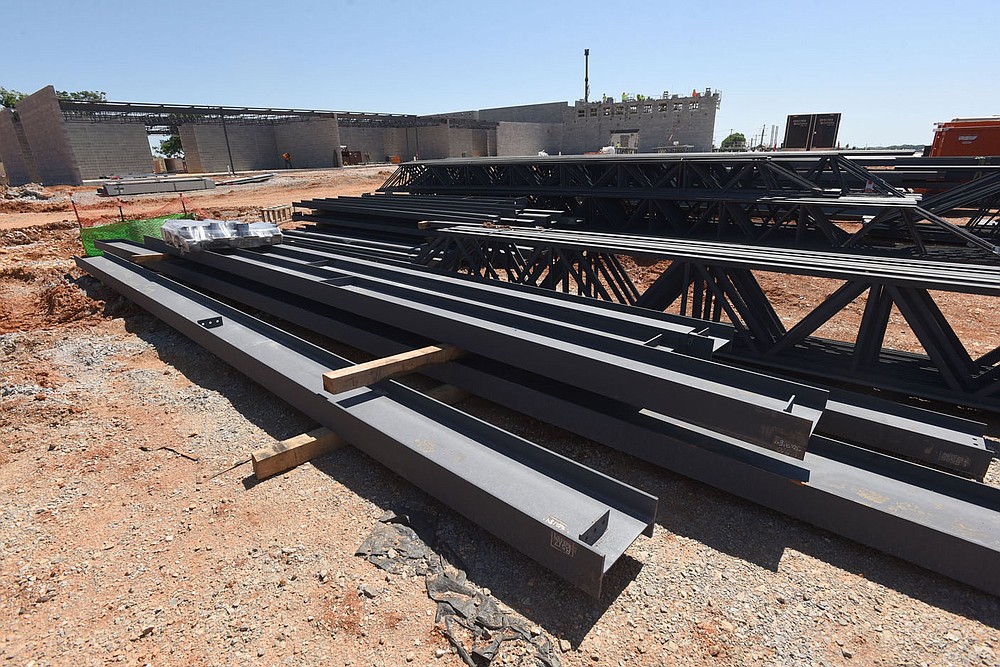 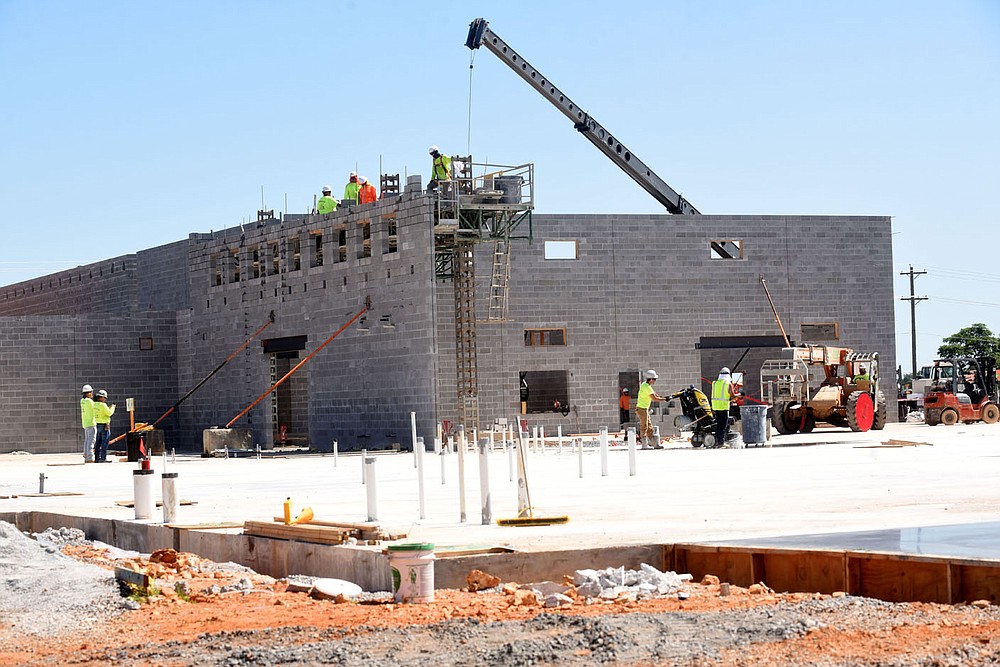