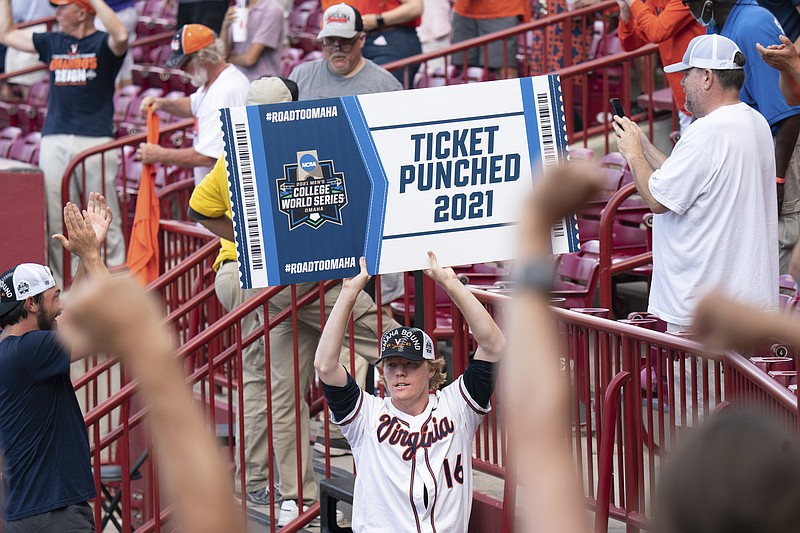 STARKVILLE, Miss. -- Logan Tanner hit a three-run home run to cap a six-run second inning and Mississippi State advanced to its third straight College World Series with an 11-7 victory over Notre Dame on Monday night in the Starkville Super Regional.

Mississippi State center fielder Rowdey Jordan denied Brooks Coetzee with a diving catch to end the top of the second, and then the Bulldogs broke it open. Mississippi State loaded the bases twice in the inning, scoring runs on a fielder's choice, sacrifice fly, Kamren James' RBI single and Tanner's homer.

Tanner Allen made Mississippi State's second diving catch, stranding two in the fourth, and the Bulldogs hit three doubles in a two-run inning.

Notre Dame (34-13) trailed 10-2 but got within four when Niko Kavadas blasted his 22nd home run of the season in the seventh to extend his single-season program record. Kavadas grounded into a double play with two on to end the game.

Notre Dame starter Will Mercer threw 23 pitches in the first and four Irish pitchers combined for five walks in the second.

No team's road to Omaha was as bumpy as Virginia's.

The Cavaliers staved off elimination for the sixth time in eight NCAA Tournament games, beating Dallas Baptist in Game 3 of their super regional to advance to the College World Series.

"I'll tell you what this team has accomplished and the opportunity they have now is just incredibly special," Virginia Coach Brian O'Connor said. "This is our fifth trip, and I've got to tell you, they're all joyous. They're all wonderful. They're all unique in my own way. But this one, I tell you, the route that this team has taken speaks to the character and the resiliency and the type of young men we have in this program."

"When I hit the ball, I didn't think it was out. I thought I hit a deep flyout," Teel said. "So very grateful for it to go over the fence."

Sherlin had fooled Teel with a breaking pitch earlier in the at-bat, with Teel going almost to his knees as he swung. He didn't fool him when he threw the same pitch on a 2-2 count. Teel's helmet nearly flew off as he turned on the ball.

"Kyle Teel is fearless," O'Connor said, "and to win games at this elite level of baseball, you not only have to have skill, you can't be afraid. You will crumble at times when pressure's on if you're afraid. He's not afraid. He's got 100 percent belief in his ability."

Virginia, like fellow ACC member and CWS entry North Carolina State, is playing its best baseball after struggling early. The Cavs were 11-14 and 4-12 in ACC play on April 1. They are 24-11 since and have won 13 of their last 17.

They went into the NCAA Tournament as a No. 3 regional seed in Columbia, S.C. They lost to South Carolina in their opener before winning four straight, including two in a row over Old Dominion for the regional title. 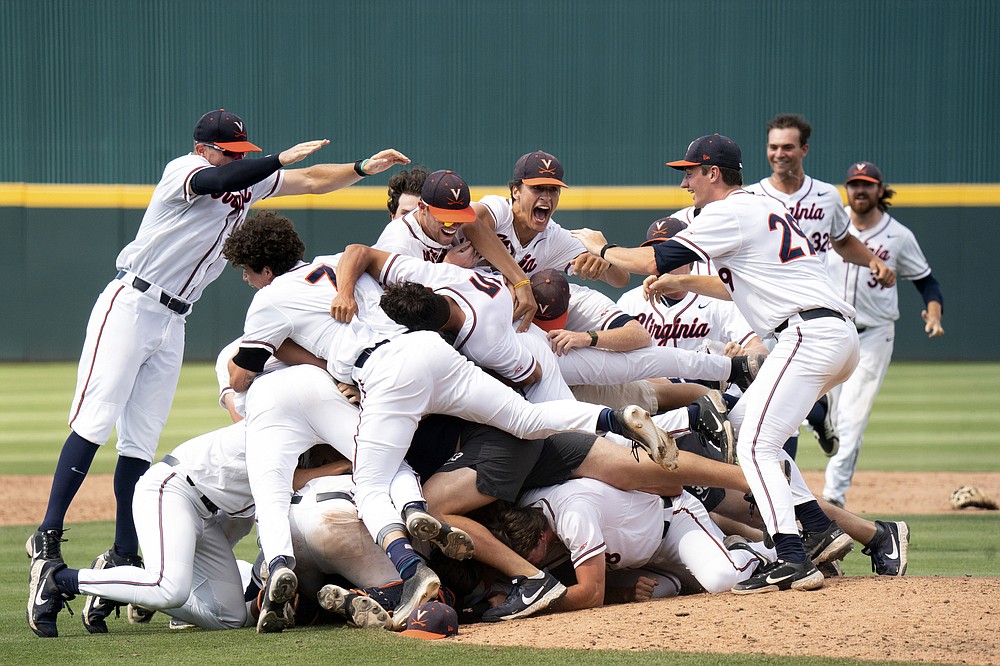 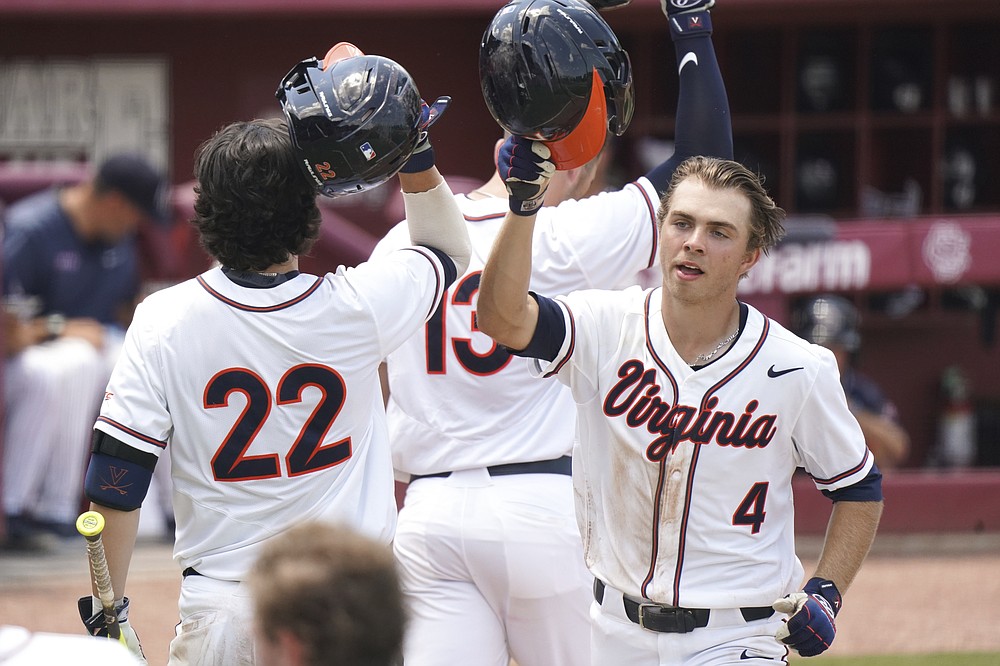 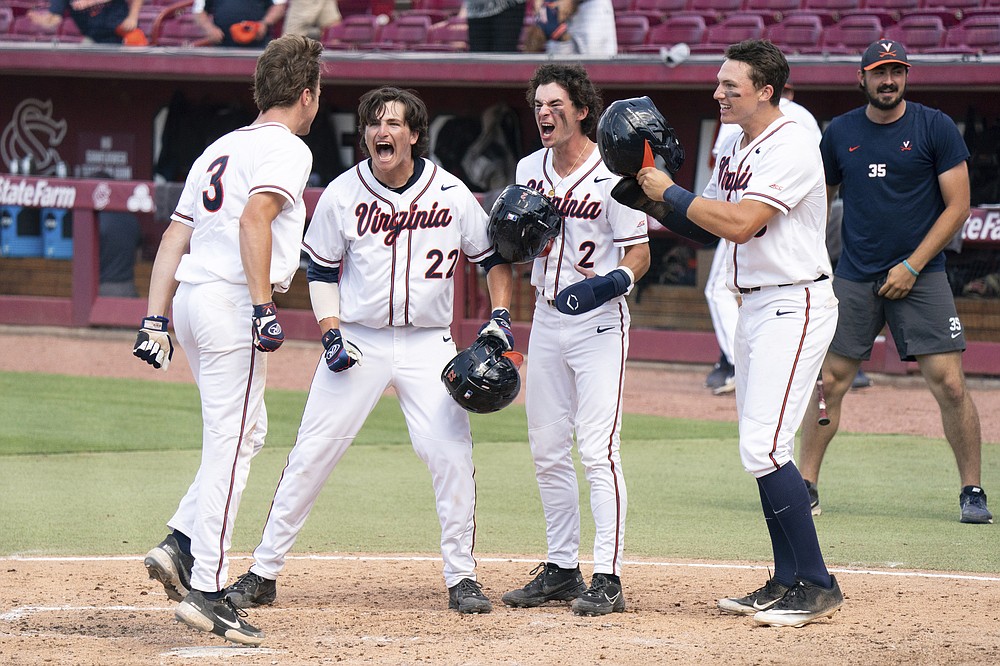 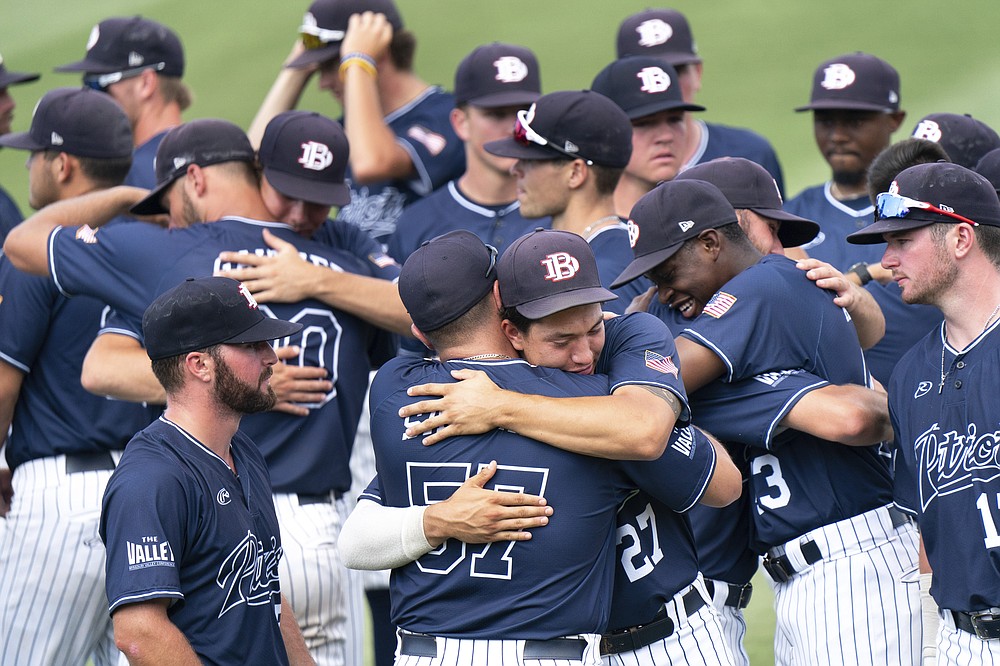