N. Ireland at center of dispute for Britain, EU 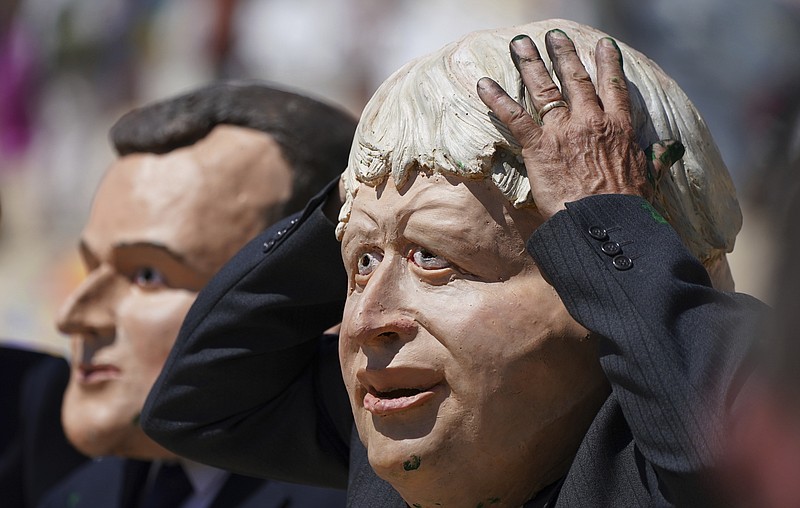 FALMOUTH, England -- Britain on Sunday accused European Union leaders of holding the "offensive" view that Northern Ireland is not fully part of the United Kingdom, as Brexit cast a shadow over the Group of Seven summit.

Britain and the EU are in a spat over post-Brexit trade arrangements that could see British sausages banned from entering Northern Ireland, the only part of the U.K. that borders the 27-nation bloc. The dispute is raising political tensions in Northern Ireland, where some people identify as British and some as Irish.

British media reported that Prime Minister Boris Johnson asked French President Emmanuel Macron, when they met Saturday in the English seaside resort of Carbis Bay, how he would feel if sausages from Toulouse could not be moved to Paris. They said Macron replied that the comparison did not work because Paris and Toulouse were part of the same country.

The French presidency did not deny that Macron had made the comment. It said he was explaining "that Toulouse and Paris were on a geographical unity of territory; Northern Ireland is on an island. The president wanted to stress that the situation was quite different and that it's not appropriate to hold that kind of comparison."

Macron dismissed the kerfuffle at a news conference Sunday, saying that "as far as this subject matter is concerned, everybody has got to come back to reason."

[Video not showing up above? Click here to watch » https://www.youtube.com/watch?v=6dk50-3dEV8]

"France never allowed itself to question British sovereignty, the integrity of the British territory, and the respect of that sovereignty," he said. But the French leader repeated his insistence that the U.K. implement the Brexit deal that both sides signed on to.

U.K. Foreign Secretary Dominic Raab said the idea that Northern Ireland was not an integral part of the U.K. was "not only offensive, it has real-world effects on the communities in Northern Ireland, creates great concern, great consternation."

Relations between Britain and the EU have soured since the U.K. made its final break from the bloc at the end of 2020, more than four years after voting to leave.

The EU is angry over the British government's delay in implementing new checks on some goods arriving into Northern Ireland from the rest of the U.K., as was agreed upon in the Brexit divorce deal. The bloc is threatening legal action if the U.K. does not fully implement the measures, which include a ban on chilled meats from England, Scotland and Wales going to Northern Ireland beginning next month.

Britain accuses the EU of taking a "purist" approach to the rules, leading to burdensome red tape for businesses. Johnson has said that if no solution is found, he may pull an emergency brake allowing either side to suspend parts of their agreement. It is intended for use only in extreme situations, but the EU briefly threatened to invoke it in January to stop vaccine doses from Ireland crossing the border. 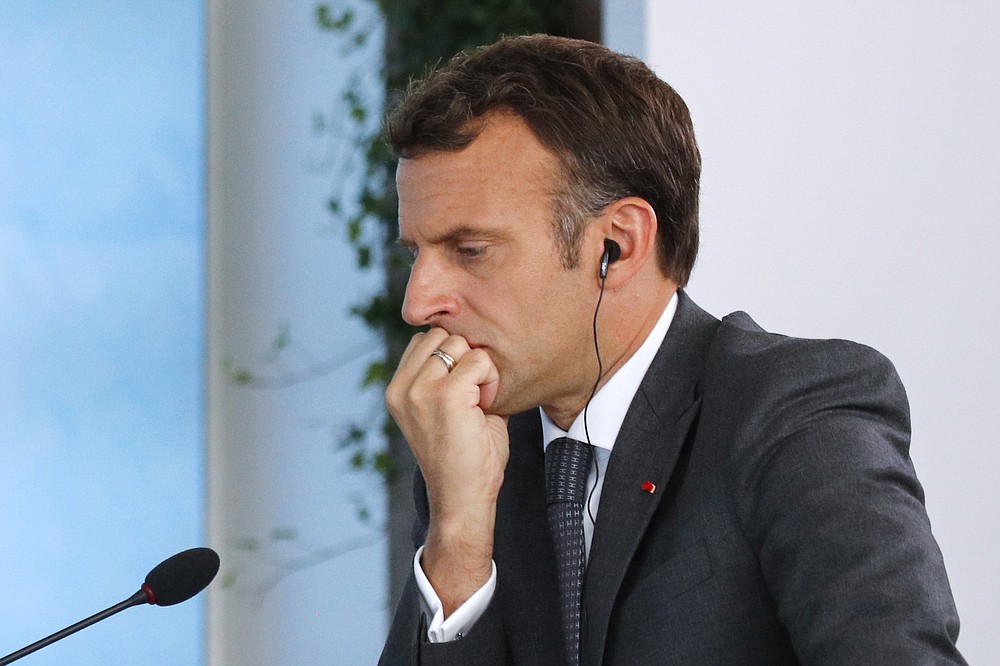 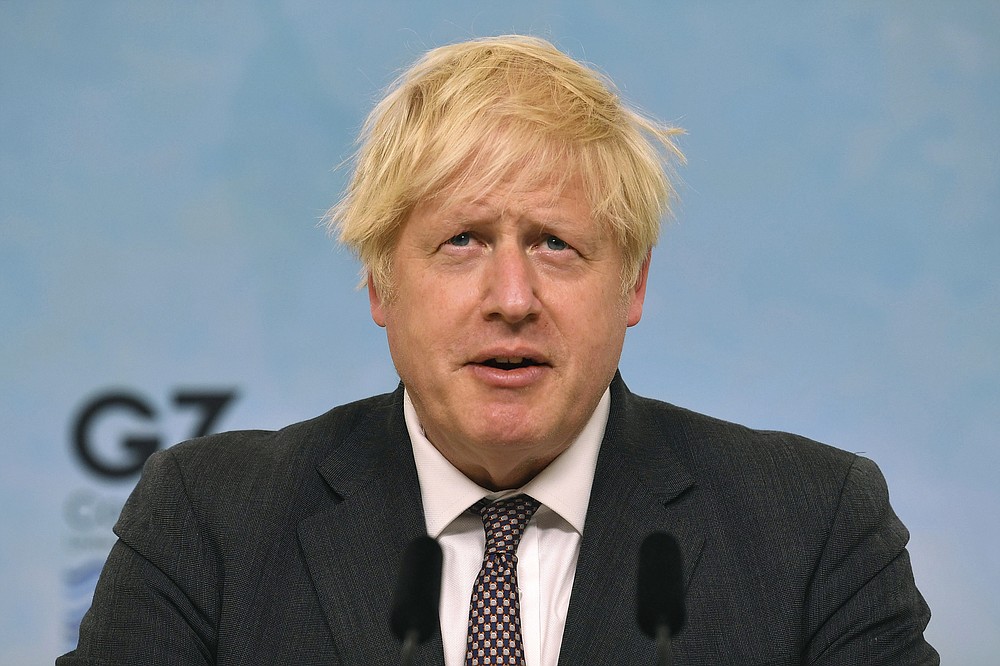 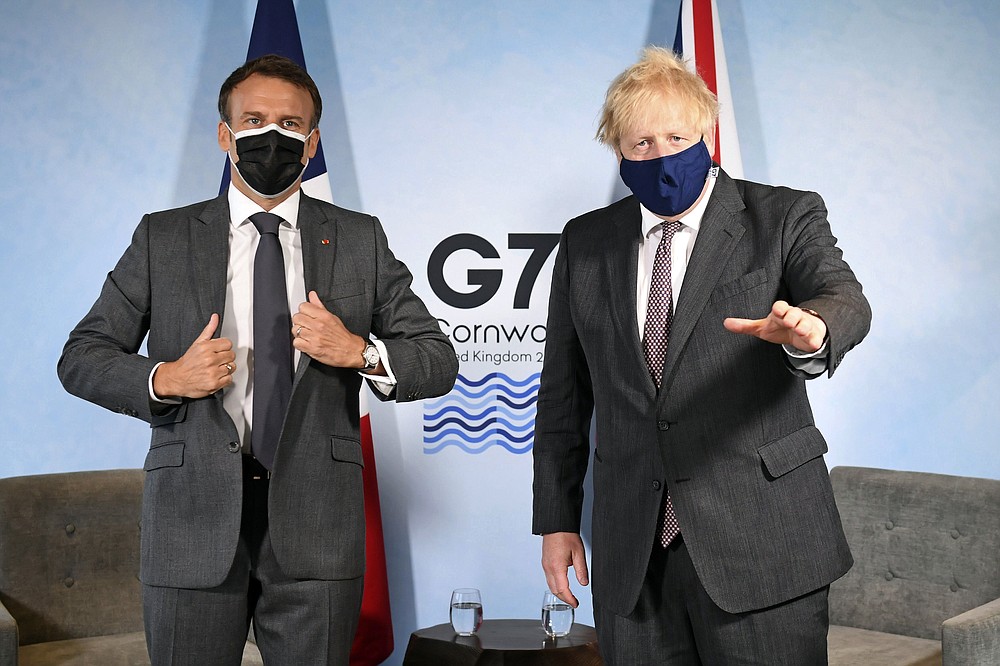