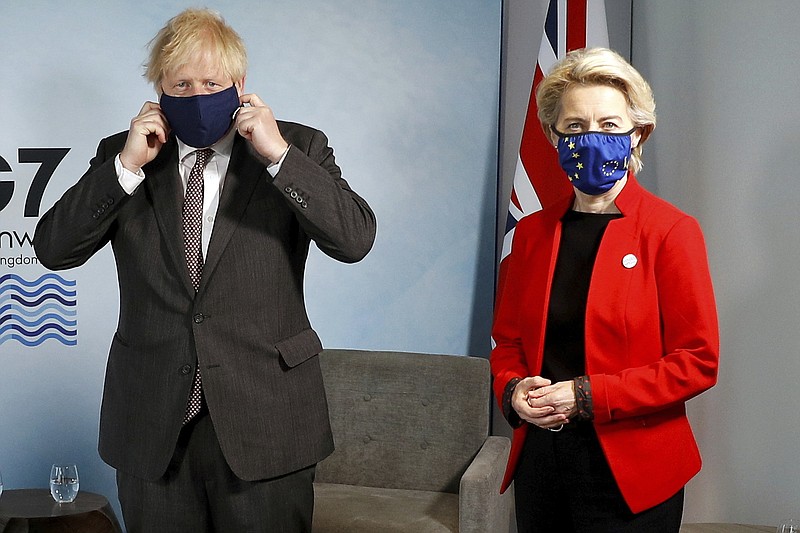 LONDON -- British Prime Minister Boris Johnson gave a strong hint Saturday that the next planned relaxation of coronavirus restrictions in England this month will be delayed as a result of the spread of the delta variant first identified in India.

In a series of interviews, Johnson conceded that he has grown more pessimistic about sanctioning the next easing scheduled for June 21 as the number of infections across the U.K. has increased to levels not seen since February.

[Video not showing up above? Click here to watch » https://www.youtube.com/watch?v=m9_RDtXG63U]

The British government has planned to take the next step in bringing England out of lockdown by removing all legal limits on social contact, including allowing nightclubs to reopen for the first time since the pandemic struck in March 2020. Johnson is set to make an announcement about the timetable Monday.

However, the recent rise in new confirmed cases has led many scientists to call for a delay, potentially up to four weeks, so more people can get vaccinated first.

"It's clear that the Indian variant is more transmissible, and it's also true that the cases are going up, and that the levels of hospitalization are going up," Johnson said on Sky News. "Now we don't know exactly to what extent that is going to feed through into extra mortality, but clearly it's a matter of serious, serious concern."

Asked whether he was less optimistic now than at the end of May, he replied: "Yes, that's certainly fair."

The U.K. has recorded more than 128,000 coronavirus-related deaths, more than any other nation in Europe. After a devastating winter surge, deaths fell sharply recently during a strict monthslong lockdown and the rapid rollout of vaccines.

The improved backdrop has allowed restrictions to be eased in the U.K. over the past couple of months, with most sectors of the economy and society operating within social-distancing guidelines. The four nations of the U.K. -- England, Scotland, Wales and Northern Ireland -- have lifted restrictions at different paces but have generally pursued similar plans.

However, in recent days, more and more scientists have grown increasingly concerned and have called on the British government to push back the June 21 easing, the fourth stage in a four-step unlocking that has been labeled by parts of the media as "Freedom Day."

Supporters of a pause, including the British Medical Association, say it would make the vaccine rollout more effective by allowing more younger people to get their first shots and older people to receive their second, which evidence shows helps contain the delta variant.

Dr. Chaand Nagpaul, chairman of the British Medical Association council, said "there is a huge risk that prematurely relaxing all restrictions will undo the excellent work" of the country's vaccination program and further fuel infections.

"It's not just about the number of hospitalizations, but also the risk to the health of large numbers of younger people, who can suffer long-term symptoms affecting their lives and ability to work," he said.

The vaccine rollout, which has primarily been based on age, was extended to 25- to 29-year-olds last week. The government has said it wants every adult to have received at least one dose by the end of July. Around 62% of the population has had one shot so far, while 43% have had two.

Government figures reported Friday showed 8,125 new daily cases. That's the highest one-day figure since Feb. 26 and means the seven-day average, which smooths out daily fluctuations, has increased threefold over the past month.

The delta variant, which is considered to be at least 40% more transmissible than the previous dominant strain, now accounts for more than 90% of all new confirmed infections in the U.K.

Johnson sought to downplay any concerns that restrictions would be reimposed. When announcing the government's four-stage plan for coming out of lockdown in February, he stressed that each scheduled easing would be driven by "data, not dates," and that each stage would be irreversible.

"The whole point of having an irreversible road map is just that, to make it irreversible, and to do that sometimes, as I've said repeatedly, you have to be cautious," he said.

"Just to cheer you up a little bit, I would like to tell you that the scientists are agreed about one thing: They do not think there is any case for going into reverse," Johnson said.

In Russia, meanwhile, Moscow's mayor Saturday ordered a week off for some workplaces and imposed restrictions on many businesses to fight infections that have more than doubled in the past week.

The national coronavirus task force reported 6,701 new confirmed cases in Moscow, compared with 2,936 on June 6. Nationally, the daily tally has spiked by nearly half over the past week, to 13,510.

After several weeks of lockdown as the pandemic spread in the spring of 2020, the Russian capital eased restrictions and did not reimpose any during subsequent case increases. But because of the recent sharp rise, "it is impossible not to react to such a situation," Moscow Mayor Sergei Sobyanin said.

He ordered enterprises that do not normally work on weekends to remain closed for the next week while continuing to pay employees. Food courts and children's play areas in shopping centers also are to close for a week beginning today, and restaurants and bars must limit their service to takeout from 11 p.m. to 6 a.m.

Last week, city authorities said enforcement of mask- and glove-wearing requirements on mass transit, in stores and in other public places would be strengthened and that violators could face fines of up to $70.

Although Russia was the first country to deploy a vaccine, its use has been relatively low; many Russians are reluctant to get the shots.

President Vladimir Putin said Saturday that 18 million Russians have received the vaccine -- about 12% of the population.

For the entire pandemic period, the country of 146 million people has recorded more than 5.1 million infections and nearly 124,000 deaths, according to Johns Hopkins University. However, a report from Russian state statistics agency Rosstat on Friday found more than 144,000 virus-related deaths last year alone.

The statistics agency counts fatalities in which coronavirus infection was present or suspected but is not the main cause of death.

Saudi Arabia announced Saturday that this year's hajj pilgrimage will be limited to just 60,000 people, all from within the kingdom, because of the pandemic.

A statement on the state-run Saudi Press Agency quoted the kingdom's Hajj and Umrah Ministry. It also said the hajj, which begins in mid-July, will be limited to people 18 to 65 who are vaccinated.

"The kingdom of Saudi Arabia, which is honored to host pilgrims every year, confirms that this arrangement comes out of its constant concern for the health, safety and security of pilgrims as well as the safety of their countries," the statement said.

In a typical year, up to 2 million Muslims perform the hajj, a physically demanding and often costly pilgrimage that draws faithful from around the world. Required of all able-bodied Muslims to perform once in their lifetimes, it is seen as a chance to wipe clean sins and bring about greater humility and unity among Muslims.

The kingdom's Al Saud ruling family stakes its legitimacy in the oil-rich nation on overseeing and protecting the hajj sites, and ensuring the hajj happens has been a priority.

Disease outbreaks have always been a concern surrounding the hajj. Pilgrims fought off a malaria outbreak in 632, cholera in 1821 killed an estimated 20,000, and another cholera outbreak in 1865 killed 15,000 before spreading worldwide.

More recently, Saudi Arabia faced danger from a different coronavirus, one that causes the Middle East respiratory syndrome, or MERS. The kingdom increased its public health measures during the hajj in 2012 and 2013, urging the sick and the elderly not to take part.

Saudi Arabia had closed its borders for months to try to stop the spread of the virus. Since the start of the pandemic, the kingdom of 30 million people has reported almost 465,000 cases and more than 7,500 deaths.

Johnson & Johnson vaccines intended for South Africa remain suspended after a U.S. ruling that ingredients for the country's doses may have been contaminated during production in a plant in Baltimore.

The U.S. Food and Drug Administration said Friday that some batches were not fit to use, while others are still under review. Two lots have been approved, though it's not clear where those are headed or how many that covers.

South Africa is heavily reliant on the Johnson & Johnson vaccine to meet a target of inoculating two-thirds of its 60 million population this year, having ordered more than 31 million of the single-dose shot. Aspen Pharmacare Holdings, Africa's largest drugmaker, has a contract to fill and package the doses at a factory in the coastal town of Gqebherha, until recently known as Port Elizabeth.

"The vaccines awaiting distribution from the Gqebherha plant need further assessment by the South African Health Products Regulatory Authority," the country's ministry of health said. That will determine "if they are suitable for use in South Africa. There is now a real possibility that they may not be, however this is for the regulator to rule on," it said.

The news marks a major setback in South Africa's vaccine rollout -- just as a third wave of infections is gathering pace. The government has been heavily criticized for delays in ordering doses, and inoculations to the public just began in mid-May.

People older than 60 are receiving the Pfizer-BioNTech version, though just 1.2 million people plus 480,000 health workers have gotten shots so far.

Information for this article was contributed by Pan Pylas, Jill Lawless, Jim Heintz and Jon Gambrell of The Associated Press; and by John Bowker of Bloomberg News (TNS). 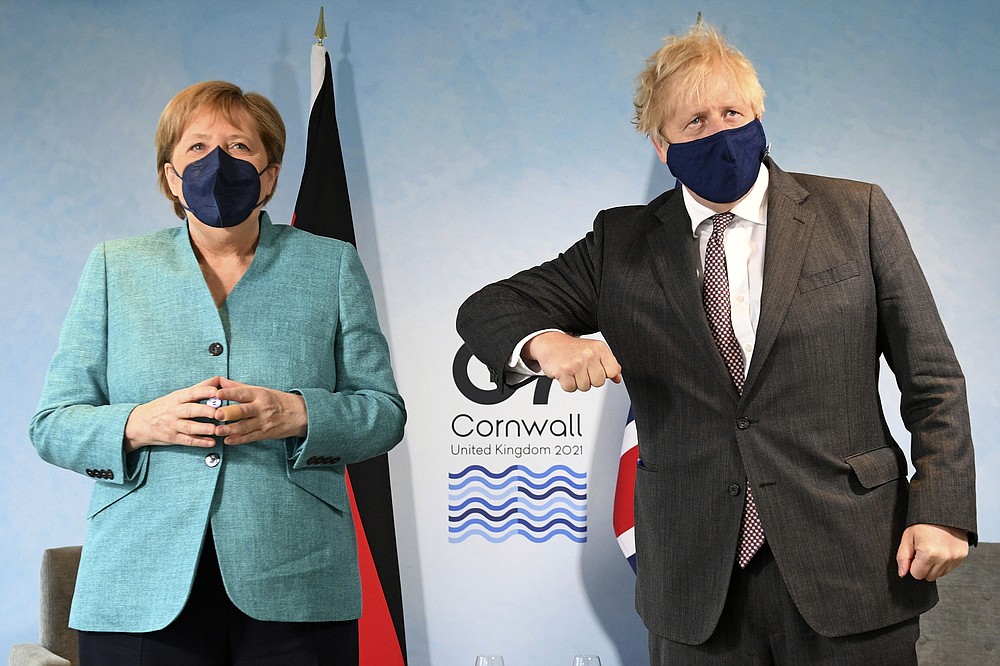 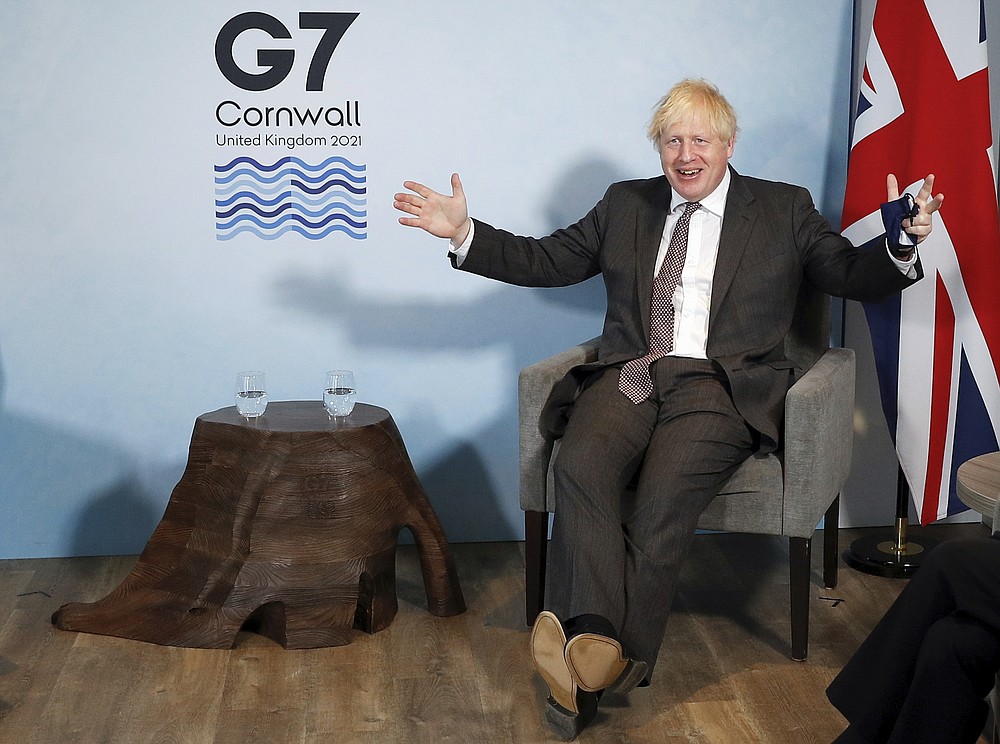