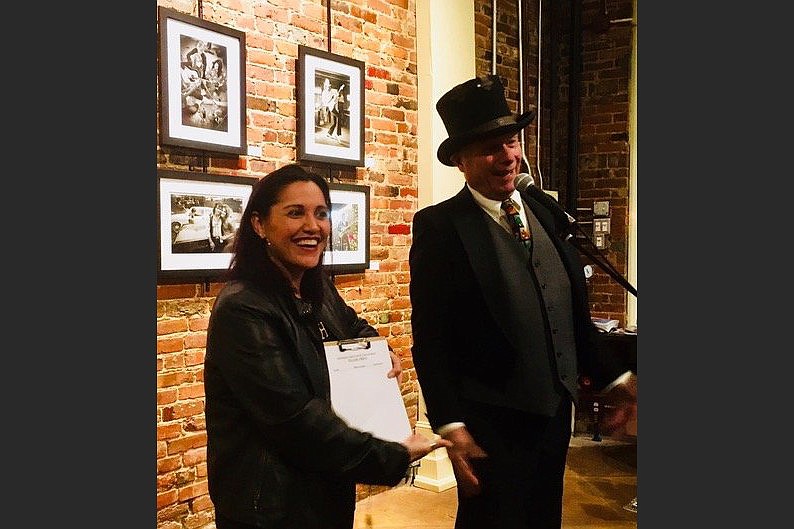 As it turns out, the pandemic was no match for the Wednesday Night Poetry reading. And poet, author and teacher Kai Coggin says she loves "being part of the story that has kept the legacy" of this event alive.

Coggin hosts the Hot Springs event, which touts itself as the "longest continuously running weekly poetry event in the country." The reading began in 1989 and has remained a staple in downtown Hot Springs.

Kollective Coffee + Tea on Central Avenue was the home for WNP before covid-19 hit and, on Wednesday it will resume its role, hosting the first live reading since the pandemic began. WNP is keeping its streak alive thanks to Coggin's quick reflexes.

In March 2020, Kollective Coffee + Tea, like so many other establishments, was unable to keep its doors open. This posed a direct threat to Coggin and her poetry readers.

"We had never missed a single week of poetry since Feb. 1, 1989, and I was determined not to let the streak break on my watch," Coggin says. "I decided March 18th [2020] would be the first virtual Wednesday Night reading on Facebook. I messaged our local poets and asked them to record themselves reading a poem and send the video file to me. I had about 30 Arkansas poets, needing a sense of stability in this new unknown world, who sent me poems."

Coggin recorded an introduction and a poem, uploaded all the videos in a single Facebook feature and posted it at the exact time that the group would have normally met in person — 6:30 p.m. And, she says, "our legacy remained unbroken." 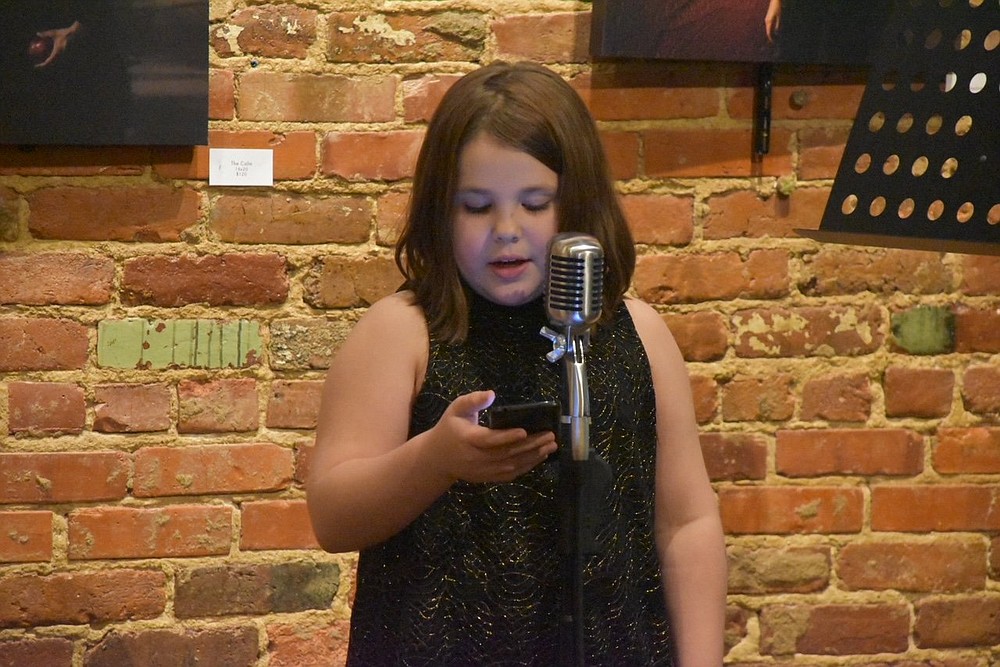 From that first virtual reading, Coggin opened up her audience and contributors beyond the borders of the state. She discovered a vast number of poets who wanted to share what they had and break the isolation imposed by the quickly-spreading virus.

"The next week, I put out a call for poets anywhere across the country and internationally to join in, and it really took off," Coggin says. "As a poet myself, I already had a huge network of Facebook friends who are poets, so with that invitation, poets from across the country sent in videos to join in. Wednesday Night Poetry became 'WNP Virtual Open Mic, Poetry Through The Pandemic.'"

For these 60 weeks, the new Wednesday Night Poetry has featured poets from all over the world — including a contribution from United States Poet Laureate Joy Harjo. Coggin says views of the 3,000-plus video poems by poets from six continents have jumped north of 500,000.

"The thing that is different about how I have orchestrated this is, it is not a Zoom reading each week," Coggin says. "That is what every other organization and reading series has done. WNP is different. You can watch it on your own time, and the videos are always there, rippling out into the universe forever."

Coggin has tried to bridge the interaction gap that exists in this time of virtual connection through video screens.

"Every week since the second week of the pandemic, I have held my hand up to the camera in a gesture of love and touch, inviting whoever is watching on the other side to put their hand up to their screen and 'touch my hand,'" she says. "In this untouchable time in our collective human history, WNP has touched people so deeply; poets have reached back."

Coggin lets it be known that she doesn't believe in accidents. And she believes it was certainly no accident that, while on a road trip from her home in Houston in 2012, she stumbled upon Hot Springs. She hasn't left it since.

After a year in the Spa City, she found herself looking for a place to read her poems.

"Lo and behold, the longest-running weekly consecutive open-mic series in the country happened to be right here in this little town," Coggin says. "I found myself becoming a fast fixture in the poetry community, going to WNP every week with a new poem to share."

It wasn't long before she developed a friendship with Bud Kenny, founder of the Wednesday Night Poetry reading. Kenny sported an outsize personality that cut an indelible figure in Hot Springs' tight-knit arts scene. Besides being the WNP founder, Kenny was known to take off and walk thousands of miles, trailing a mule and a cart.

In 2019, at the 30th anniversary of WNP, Kenny asked Coggin to take over host duties.

"[Kenny] got down on one knee and asked me to 'take Wednesday Night Poetry into the future' as the new host," Coggin says. "After three decades of being the host or at least the watchful eye of WNP, he wanted to just be able to come and sit in the back and listen. So, in front of a huge 30th-anniversary crowd, I accepted the role, and he handed the clipboard over to me, like a crown. I have been the host ever since."

Kenny died on a Wednesday in October 2019. It was the night of the 1,601st consecutive poetry reading. Coggin paid tribute to her close friend that night.

"I made the announcement to the crowd, and wept on the mic for him," she says. 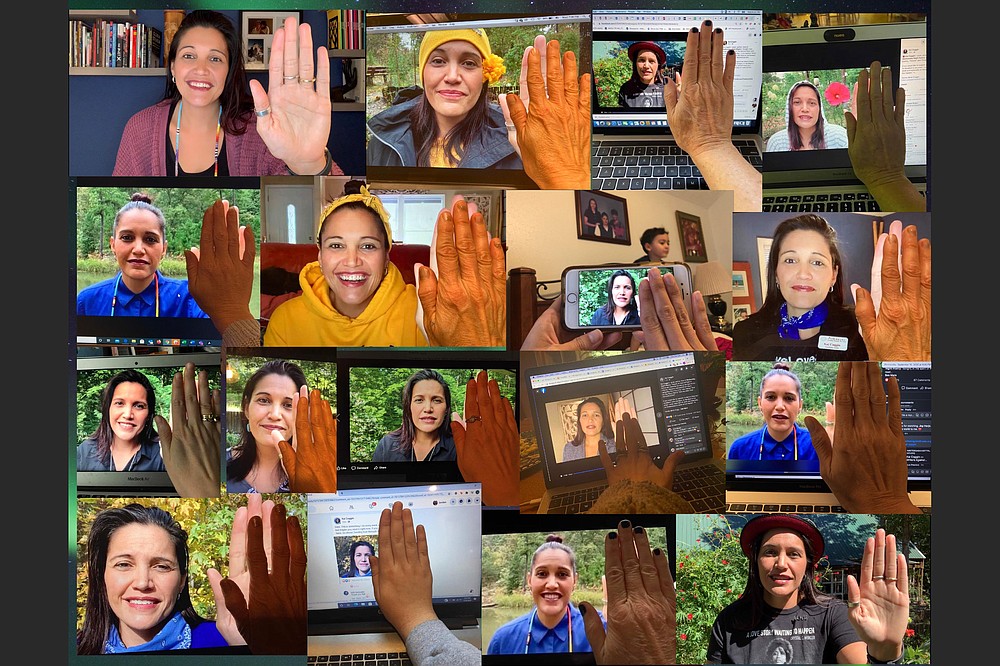 In hosting the virtual version of the Wednesday Night Poetry Reading, Kai Coggin has tried to bridge the gap left by the lack of in-person contact. “Every week since the second week of the pandemic, I have held my hand up to the camera in a gesture of love and touch, inviting whoever is watching on the other side to put their hand up to their screen and ‘touch my hand,’” she says. (Courtesy of Wednesday Night Poetry)

Besides her role at the Wednesday Night Poetry reading, Coggin has made news all on her own. She received the 2021 Arts in Education Award, which is among the Governor's Arts Awards named by the Arkansas Arts Council. She is on the Arts Council's Arts in Education Roster, which takes her to schools throughout the state to teach poetry to kids in grades two through 12.

"I have weeklong residences where I go teach classes and talk about poetry," Coggin says. "Writing gives [the students] agency to express their feelings — and they need to express themselves more than ever now."

Along with her teaching, Coggin continues to write poetry. Her third full-length book of poems, "Incandescent," was published in 2019 by Sibling Rivalry Press.

She's grateful that the long-ago trip from Houston led her to Arkansas ... and to Hot Springs, where she is able to plant her roots and grow into her role as poet and advocate for poetry.

"If I had stayed in Houston, I would be one of millions trying to do the same thing. If you plant a seed here, it's such a special place that it can take off."