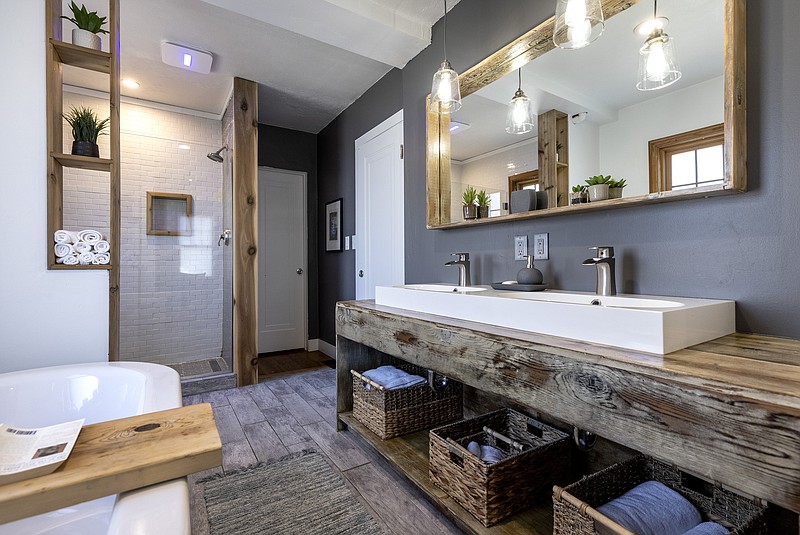 When they couldn’t find one large enough, the pair created a custom vanity — with a large double sink. (TNS/Minneapolis Star Tribune/Carlos Gonzalez)

ST. PAUL, Minn. — The challenge: Architect Wale Falade and his wife, Funmi Okanla-Falade, bought their 1937 house in St. Paul about three years ago with dreams of making it their own. The brick-and-stucco house near Hamline University, which had been used as a rental property, "was not perfect," Falade said. "But there was a lot we could do with it." Before the couple made an offer on the house, he made a sketch for his wife to show her what was possible. "That was my pitch," he said.

Designer: Wale Falade, Fihan Design+Architecture; Fihan means "to reveal" in Falade's native Nigeria. "I believe good design is a collaborative process between an architect and all stakeholders," he said. "The architect articulates a vision from the ideas of everyone."

The inspiration: The vision for their first project started with Okanla-Falade, who had been smitten with a house they saw on the Homes by Architects Tour. It had a bedroom and bathroom on each level — "like a suite," he said. "She loved it."

The starting point: The couple's newly bought house had the potential for three such suites; there was a bedroom and bathroom on the second floor, a bathroom and open space in the lower level, and two bedrooms with a bathroom sandwiched between them on the main level. They decided to repurpose one of those two bedrooms to create space for a much larger bathroom and a walk-in closet. "We wanted a little retreat for us," Falade said. 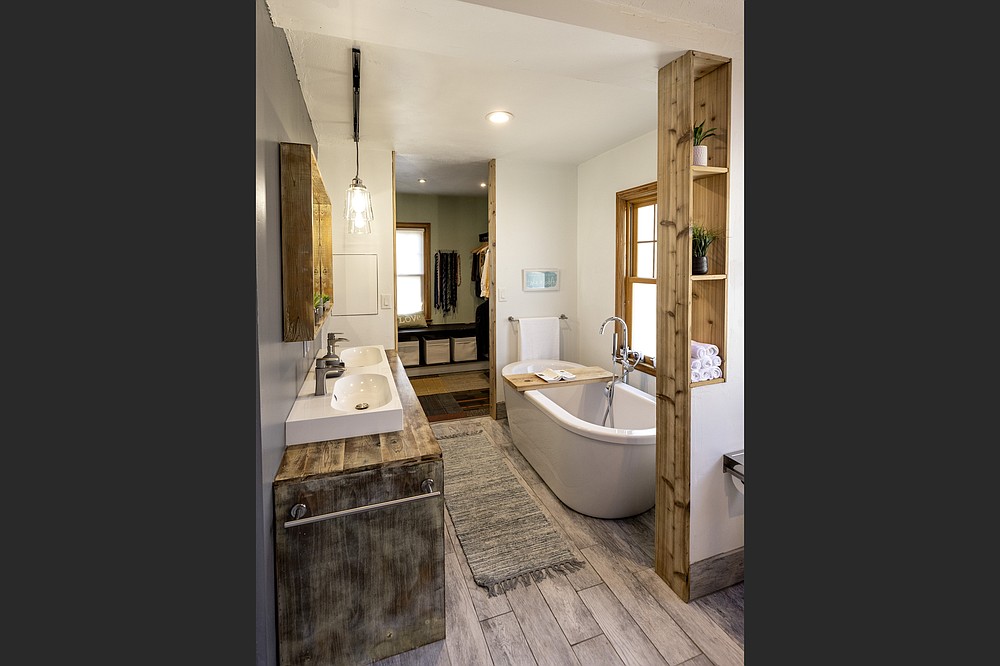 This image shows the remodeled bathroom and closet at the home of Wale Falade and Funmi Okanla-Falade in St. Paul, Minn. (TNS/Minneapolis Star Tribune/Carlos Gonzalez)

Biting the bullet: The couple had originally hoped to spend about $12,000 for their project. But when the bids from contractors came in at twice that figure, they decided to try their hand at do-it-yourself. "The prices were way above our budget," Falade said. So they tackled everything except the plumbing. "I had to learn how to do tile work. It was my first time," he said. To prepare, he watched "a lot of YouTube videos." It was still daunting. He chose to start at the top of the wall then work his way down, so that the tile cut to fit was at the bottom rather than at the sightline. But that, he discovered, was harder than he anticipated. "When you start from the top, the tile starts sliding down; there's nothing to hold it up."

Not like HGTV: Demolition also proved more challenging than expected. "Everyone watches HGTV. You see people doing demo," Falade said. "But when you have to demolish an older house with 1-inch plaster walls, it's very different — not as easy as removing Sheetrock." His wife, who was initially excited to wield a sledgehammer, got a reality check when she first took a few swings. "She said, 'They make it look so easy on TV,'" Falade said. In addition, the walls had metal corners that he had to cut out with a lathe. "I got quite a number of nicks." But they made some interesting discoveries, including old newspapers and orders for coal that had been used as insulation in the walls.

Acquiring carpentry skills: To accommodate the Ikea double sink that they'd selected, the couple needed a vanity. But the vanity's base needed to be 6 feet long to best complement the reconfigured space. Most double vanities are 4 or 5 feet long, and the couple had difficulty finding one the right size, so they decided to build one. "I always wanted to learn cabinetry," said Falade, who bought drills and saws and repurposed an old door to serve as the vanity's base. Then he clad the base in cedar that he painted and whitewashed — a coat of white paint, a wash of vinegar to patinate the finish, then wiped and topped with a clear sealant. "It looks aged and beautiful," he said. He applied the same treatment to a cedar frame for a 5-foot mirror above the vanity. 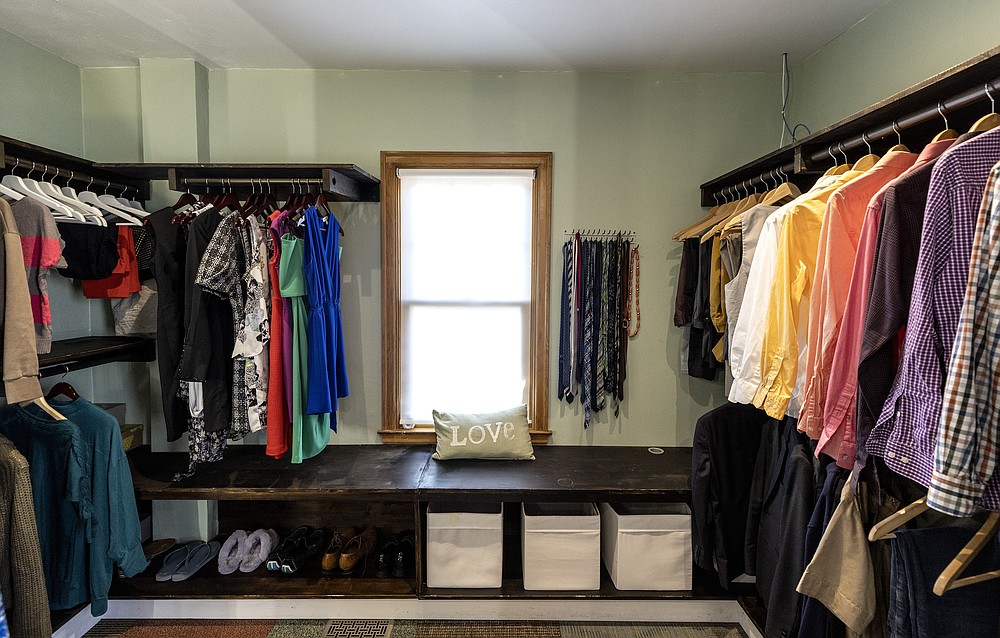 Other finishes: The original walls had a pattern to the plaster that Falade tried to match in the new bathroom. "It was quite tough, especially for a novice like me," he said. For the flooring, they chose gray tile with a wood-grain pattern, complemented by gray glass tile, white subway tile, and hardware with a satin nickel finish. "All the materials came from Home Depot and Menards," he said. One exception was the waterfall sink faucets that he ordered via Amazon. The faucets have a flat, wide spout that simulates the natural motion of falling water. "It's sort of mesmerizing," he said. "My niece and nephew love seeing the water spill into the sink."

The result: The completed bathroom is the soothing refuge the couple envisioned. Falade appreciates the walk-in shower with glass door. "I love taking showers," he said. "It's very calming, especially after a stressful day." Okanla-Falade loves the soaking tub. "We talked about not having a tub, to keep costs down, but she said, 'I'm glad you convinced me.' It feels like a little spa retreat." Doing it themselves wasn't easy but it ended up saving them a considerable amount of money. "It was worth the effort," Falade said.