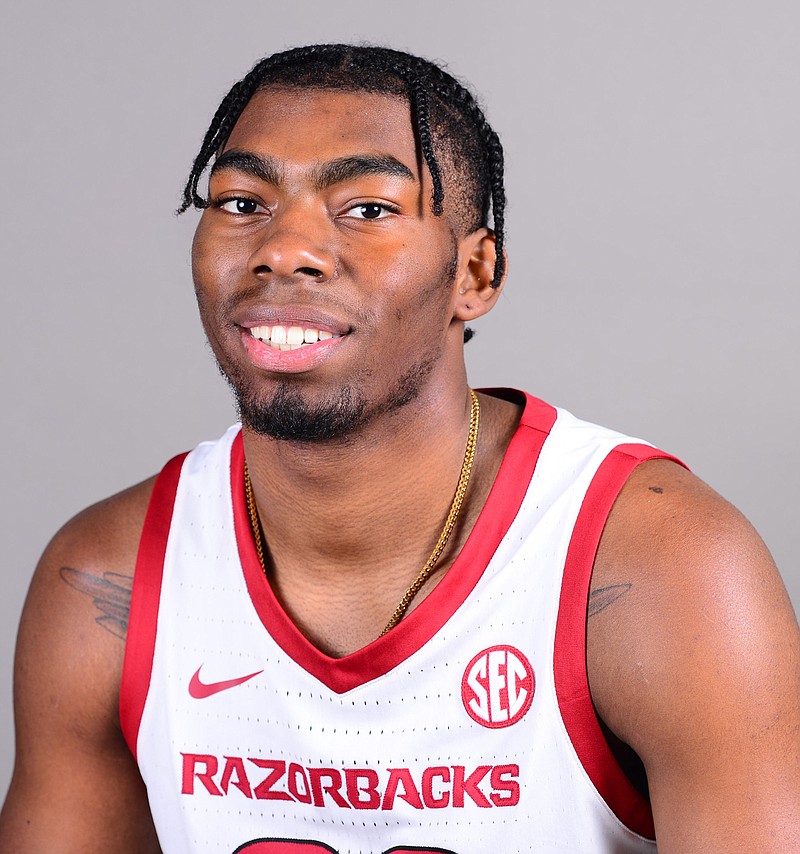 FAYETTEVILLE -- University of Arkansas basketball player Kamani Johnson attempted to strike a police officer and was arrested and charged with disorderly conduct and resisting arrest late Wednesday night, according to a preliminary arrest report released by the Fayetteville Police Department.

"We have been made aware of the incident involving Kamani Johnson," Razorbacks Coach Eric Musselman said in a statement. "We are in the process of gathering more information from the proper authorities. His status with the team will be determined once we have made a thorough review of the information."

"Johnson was detained and de-escalation was attempted," the report stated. "Johnson calmed initially."

Several people escorted Johnson away from the incident so he wouldn't be arrested, according to the report, but he continued to yell, block the road and antagonize others in the crowd, which followed him.

After Johnson refused to comply with verbal commands from the police officers and continually attempted to fight people, he was told he was under arrest, according to the report which also stated he refused to put his hands behind his back and grasped a nearby light pole.

When Johnson continued to resist arrest, it resulted in officers being injured, the report stated. The extent of the injuries wasn't included in the report.

Officers eventually were able to handcuff Johnson and take him into custody.

Johnson, 21, was booked in the Washington County jail at 11:26 p.m. Wednesday and released at 5:12 a.m. Thursday on a $265 bond. He has a hearing scheduled for July 15 in Fayetteville District Court.

Johnson began practicing with the Razorbacks early last season after he transferred from the University of Arkansas at Little Rock. His appeal to the NCAA to receive a waiver to play last season wasn't granted and he redshirted.

As a sophomore at UALR, Johnson averaged 11.0 points, 6.7 rebounds and 2.2 assists in 27.7 minutes during the 2019-20 season to help the Trojans win the Sun Belt Conference championship.