Djokovic vs. Nadal: A special semifinal 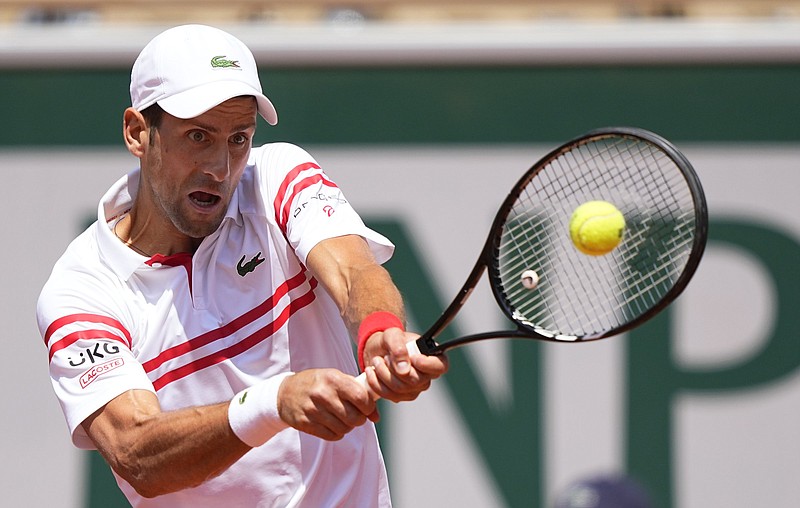 Novak Djokovic and Rafael Nadal know there's something special about the two of them meeting in the French Open semifinals -- even if they'd prefer, of course, for it to happen a round later.

"Each time we face each other, there's that extra tension and expectations," the top-seeded Djokovic said. "Just vibes are different walking on the court with him."

"In some way," he said, "we are practicing, we are living the sport, for these moments."

Whatever the quality of play might be between Nadal and Djokovic in Paris today -- their semifinal will follow the one between No. 5 Stefanos Tsitsipas of Greece and No. 6 Alexander Zverev of Germany -- the numbers associated with the matchup are overwhelming.

Start with the big picture: Nadal is two wins away from his 21st Grand Slam title, which would break the men's mark he currently shares with Roger Federer.

Djokovic is trying to get to No. 19, which would leave him just one behind his rivals.

Nadal is 105-2 at Roland Garros -- Djokovic is responsible for one of those defeats, in the 2015 quarterfinals; Robin Soderling the other -- and eyeing a 14th championship at the clay-court major.

Djokovic won La Coupe des Mousquetaires in 2016 and could join Rod Laver and Roy Emerson as the only men to win each of the four Grand Slam tournaments twice.

"It's not like any other match. Let's face it, it's the biggest challenge that you can have -- playing on clay against Nadal on this court, in which he has had so much success in his career," Djokovic said. "In the final stages of a Grand Slam, it doesn't get bigger than that."

This one comes in the semifinals, rather than the final, because Nadal recently slid from No. 2 to No. 3 in the rankings. The tournament seedings strictly follow the rankings, so Nadal got no boost for his dominance at the place, and a random draw determined which half of the bracket he was placed in.

"It's going to be a special match," said 10th-seeded Diego Schwartzman, who lost to Nadal in the quarterfinals Wednesday but not before ending his 36-set winning streak in Paris. "Everyone wants to see that."

The women's final Saturday is No. 31 seed Anastasia Pavlyuchenkova against unseeded Barbora Krejcikova. The last four women all were first-time major semifinalists, and Pavlyuchenkova beat Tamara Zidansek, 7-5, 6-3, while Krejcikova defeated No. 17 Maria Sakkari 7-5, 4-6, 9-7.

No matter what happens today, the men's final will be Old vs. New.

Tsitsipas vs. Zverev offers a glimpse of what the future of men's tennis could be.

Both are all-court, all-surface players who are 6-4 or taller. And both have now become regulars in the latter stages of majors.

"The Grand Slams, they're still a different animal. ... You got to learn how to play them, as well. Very rarely does anybody come in and, all of a sudden, perform his best at Grand Slams. Yes, we've seen Rafa do it, but Rafa is sometimes not human," Zverev said. "For young guys, it is a learning curve. Hopefully I can say that, slowly but surely, I'm starting to get the hang of it."

This is his third semifinal in the past five Slams, and he was the runner-up to Dominic Thiem at last year's U.S. Open.

It's the third major semifinal in a row and fourth overall for Tsitsipas, who is 0-3 so far.

"I feel privileged that I'm in that position, and I feel, obviously, I've put in a lot of daily hard work (that) has been a key element of me being here," Tsitsipas said after eliminating No. 2 seed Daniil Medvedev in the quarterfinals. "But, you know, my ego tells me I want more." 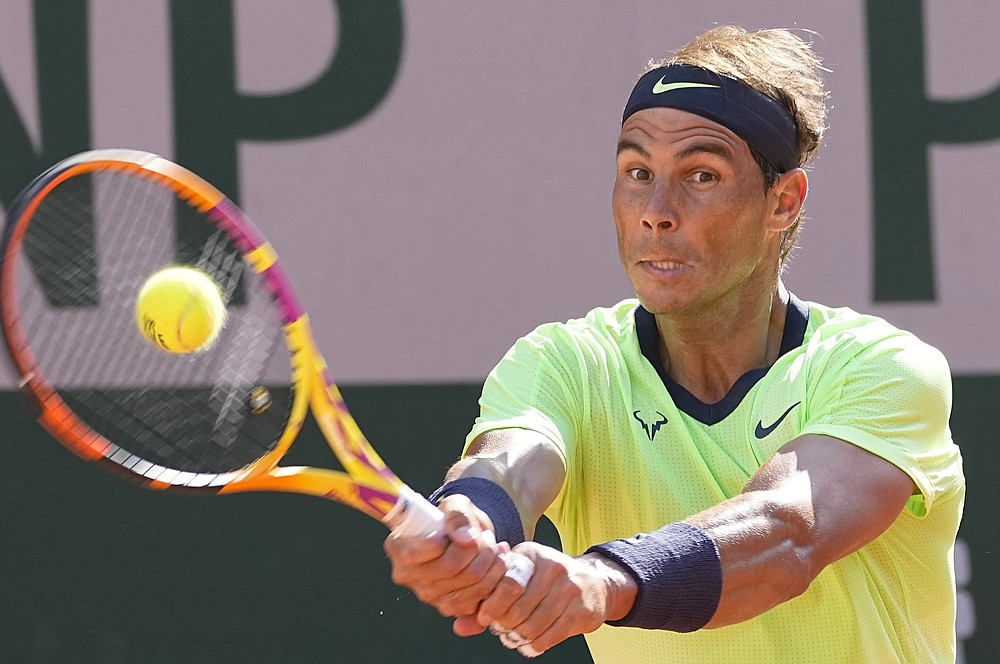 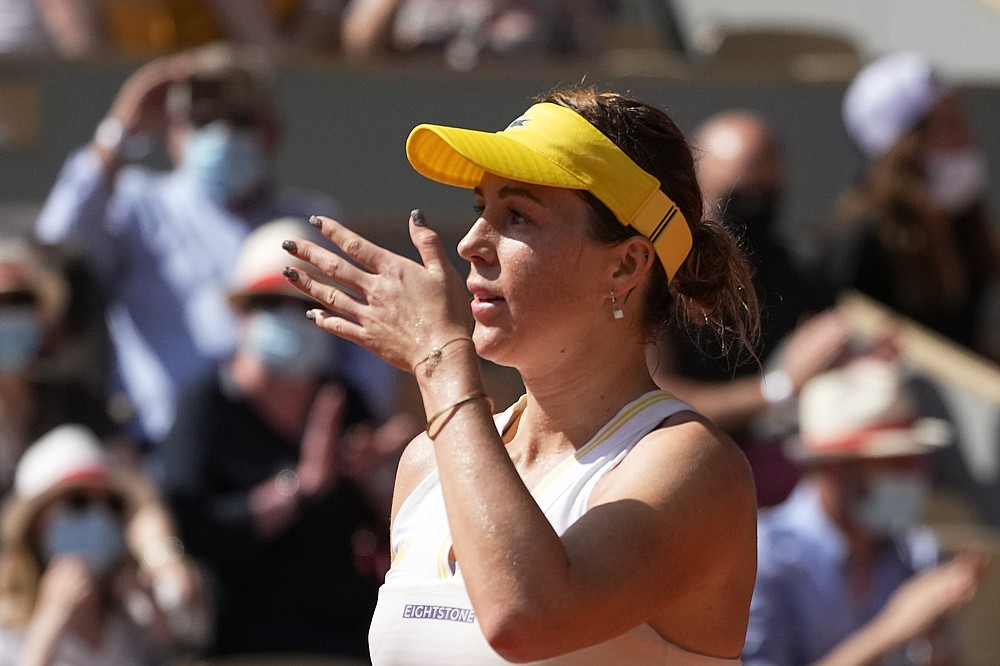 Anastasia Pavlyuchenkova of Russia blows a kiss to the crowd Thursday after her 7-5, 6-3 victory over Slovenia’s Tamara Zidansek in the women’s singles semifi nals at the French Open in Paris. Pavlyuchenkova will face Barbora Krejcikova of the Czech Republic in Saturday’s championship match. More photos at arkansasonline.com/611open. (AP/Michel Euler) 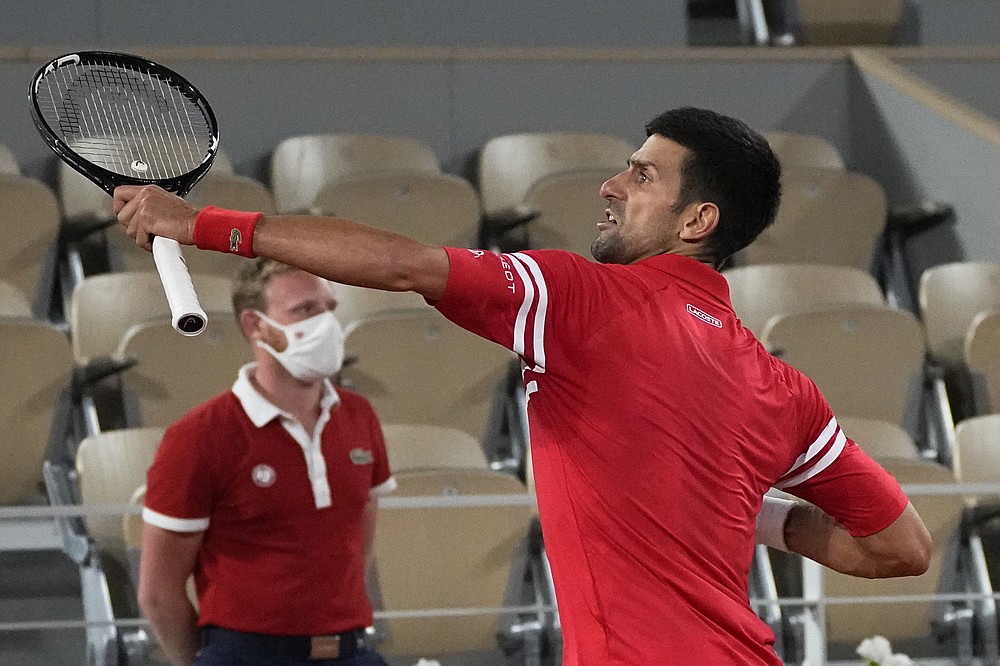 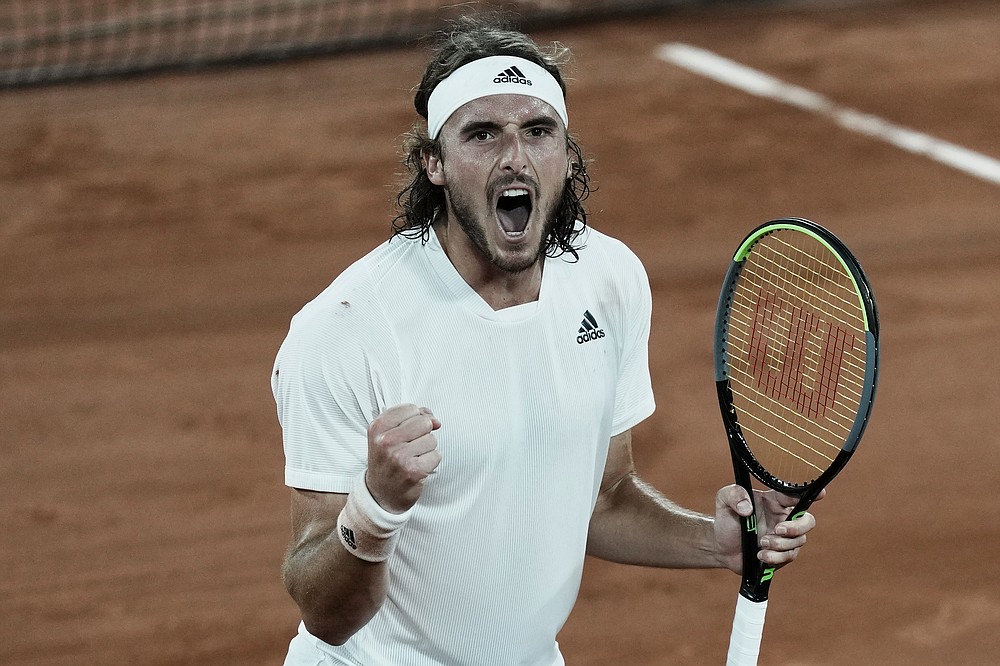 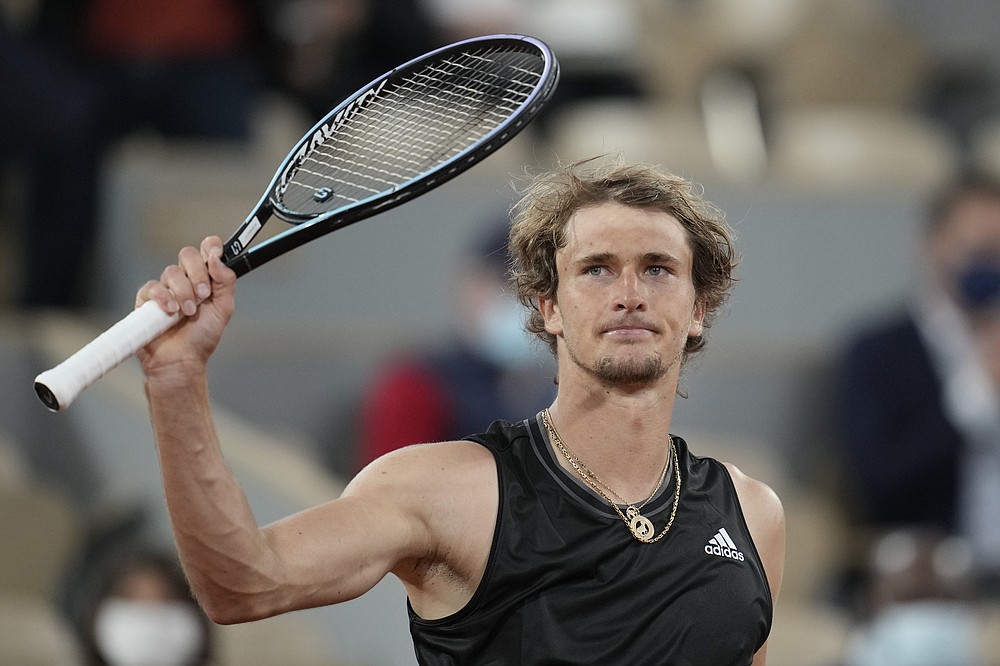