Coaches finally get to tangle 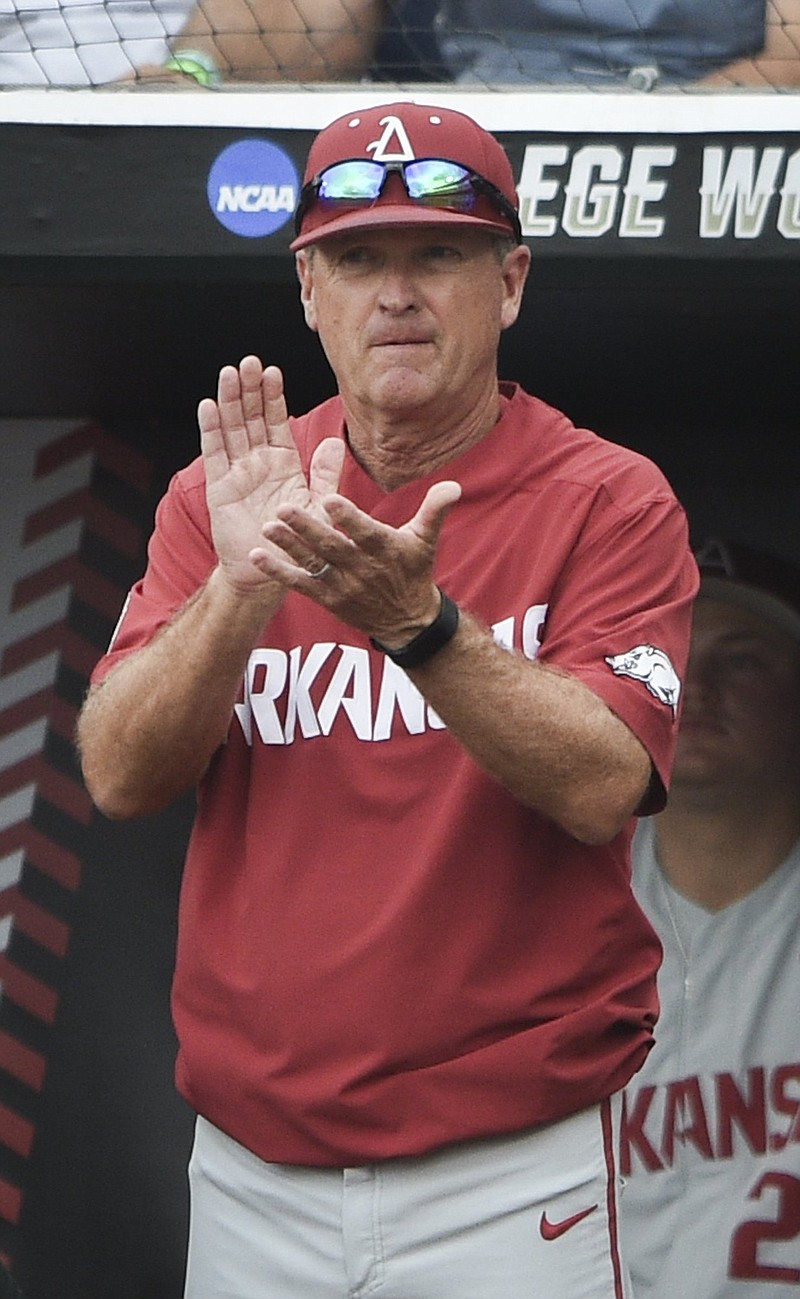 FAYETTEVILLE -- Arkansas Coach Dave Van Horn and North Carolina State Coach Elliott Avent have combined to coach in 3,533 NCAA Division I games, but tonight will be the first time they have coached against each other.

"We have some common friends that say good things about him," Van Horn said Thursday. "So I mean he seems like obviously a really good baseball coach who's been doing it a long time. He's won a lot of games. He's a good person, good guy."

Avent and Van Horn rank sixth and seventh, respectively, in wins among active college baseball coaches. Both stand to move up a position once LSU's Paul Mainieri retires at the end of the season.

Avent has a 1,146-761 record in 33 seasons, including 25 at NC State following an eight-year tenure at New Mexico State.

Van Horn's 1,120-568 record acknowledged by the NCAA includes 19 seasons at Arkansas, five seasons at Nebraska, three seasons at Northwestern (La.) State, and one season at Central Missouri State, where he won the NCAA Division II championship in 1994. Van Horn's 214 wins in five seasons at Texarkana College are not reflected in the NCAA record book.

"He has had a great career and we both have been around a long time, and I'm looking forward to coaching against him," Avent said.

In 2014, the Razorbacks lost twice to Virginia at a regional hosted by the Cavaliers.

Prior to the losing streak, Arkansas won five consecutive postseason games against ACC teams, including super-regional sweeps of Florida State in 2004 and 2009, and a win over Virginia at the 2009 College World Series.

Arkansas right hander Zebulon Vermillion will be on the 27-man roster for the super regional.

Vermillion was held off the roster last week while he rehabbed arm soreness. Vermillion removed himself from a May 29 game against Ole Miss at the SEC Tournament after three pitches.

"He looked real strong in his bullpen this week," Van Horn said. "No pain, and he was throwing the ball hard. I feel confident that he can help us."

Vermillion, a redshirt junior, has a 4.69 ERA in 15 appearances and 40 1/3 innings. He began the year as a starter and transitioned to the bullpen in late March.

A team spokesman said he did not know which player was being removed from the 27-man regional roster to make room for Vermillion.

Slavens returned Sunday after missing five games with a sprained right ankle he suffered during a May 26 game against Georgia at the SEC Tournament. Slavens did not get many opportunities to run in the two games after his return, but limped on the way back to the dugout after he was thrown out at first base during the eighth inning Monday.

Slavens struck out in six of seven at bats against Nebraska. He drew a walk in the final game of the regional.

"Getting Brady back, even though it didn't go well for him offensively last weekend, I think just getting him those at-bats, just getting him going, should help him out this weekend," Van Horn said.

Arkansas pitcher Kevin Kopps is one of five finalists for the Dick Howser Trophy, which is presented by baseball writers to the national college baseball player of the year.

Kopps is coming off a regional during which he pitched 13 1/3 scoreless innings in three appearances against NJIT and Nebraska.

"He has kind of gotten so much publicity lately for what he has done for this team all year, but as we get to the postseason it becomes more recognizable and it gets more attention," Avent said. "What he has done is unbelievable and amazing."

He pitched the final seven innings of the Razorbacks' 6-2 win in the regional championship game against the Cornhuskers on Monday, when he threw 90 pitches to bring his weekend total to 185.

Kopps is also one of 25 semifinalists for the Golden Spikes Award, which along with the Howser Trophy is one of the sport's two most prominent player of the year awards.

Kopps could become the second Arkansas player to win the Howser Trophy and Golden Spikes after outfielder Andrew Benintendi won both awards in 2015.

"For him to come out of the bullpen every single time he's called upon and to shut teams down is unbelievable," Tatum said.

Terrell Tatum, a 6-foot, 167-pounder who wears No. 1, is from the Memphis suburb of Collierville, Tenn. His older brother, also Terry, redshirted in baseball at Arkansas in 2013.

"I think it's pretty full-circle for me because my brother also went to school here in 2013," Terrell Tatum said. "If someone were to have told me four years ago when I started this thing that to get to Omaha, you guys have to go through Arkansas, I would have told them they were lying.

"It's just unbelievable that I have to go up against my dad's alma mater. A school that both my parents and my bother love so much to get to where we want to go."

The rest of the Tatums are traveling to Northwest Arkansas for the super regional.

"It's one of a kind here, I would say," he said. "I've actually spent a lot of my time watching a lot of the Arkansas games, and a lot of the SEC teams. So seeing the crowds they all pull, all the fans that show up for them day in and day out, no matter if they're playing well or not, is unbelievable."

Avent will manage the USA Collegiate National Team this summer and said the team will include Arkansas second baseman Robert Moore.

Moore has been affiliated with USA Baseball since 2014, when he played on the USA 12-under team. The USA Baseball training complex is located in Cary, N.C., about 20 miles from the NC State campus in Raleigh.

The Razorbacks have never lost a super regional at home. Arkansas swept Florida State in 2004 and won winner-take-all games against Missouri State in 2015, South Carolina in 2018 and Ole Miss in 2019.

Van Horn has led the Razorbacks to every super regional but the one at Clemson, which were the final games coached by 33-year Arkansas coach Norm DeBriyn. DeBriyn won five regionals, including four when regionals were the final round before the College World Series.

Super regionals were established in 1999.

Avent is coaching in his fifth super regional, and first since the Wolfpack beat Rice at home in 2013. NC State lost super regionals at Miami in 2003, Georgia in 2008 and Florida in 2012.

Walker was the ESPN analyst for the Razorbacks' home super regional against Ole Miss two years ago. 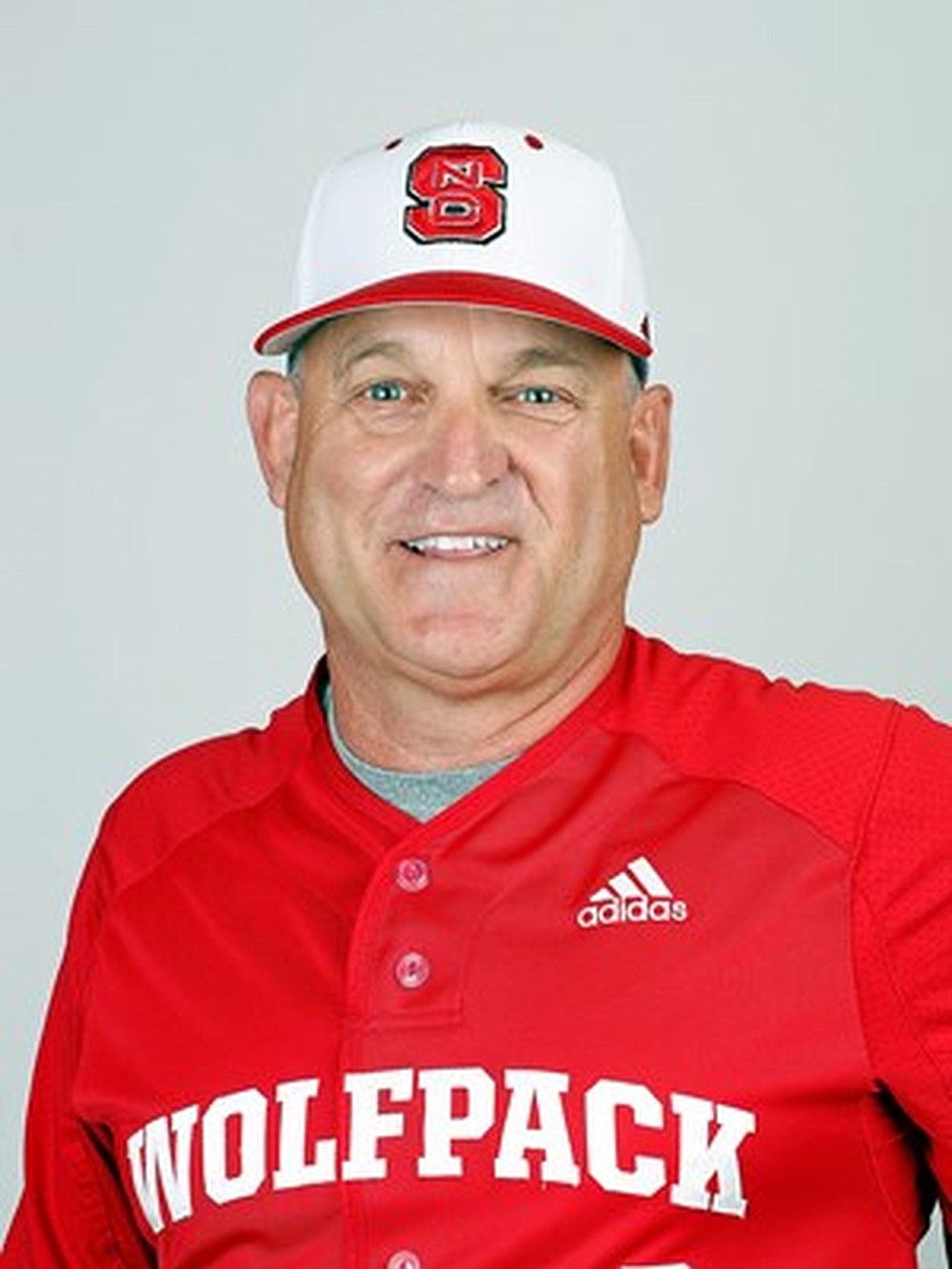