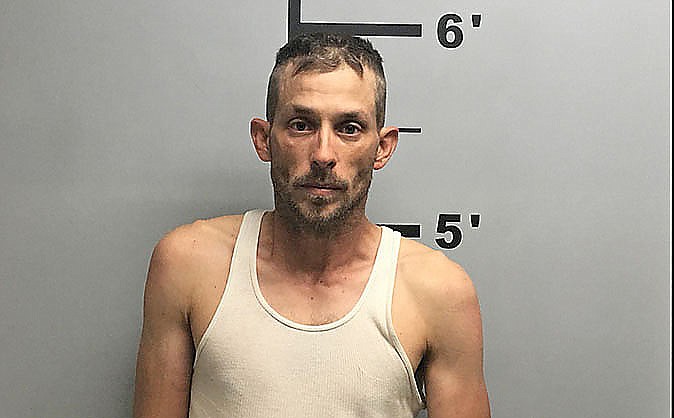 BENTONVILLE -- A Rogers man was sentenced to 12 years in prison after pleading guilty to impersonating a police officer and other felony charges.

Nichlous Dean Wilkerson, 41, pleaded guilty Monday to criminal impersonation, two counts of possession of firearms by certain persons and tampering with physical evidence. He was charged as a habitual offender because of prior felony convictions.

Jon Hodoway, a Benton County Sheriff's Office deputy, was driving May 6, 2019, on Scenic Drive when a black Dodge Charger pulled up beside him. The driver rolled down the window and said a red Ford Ranger was chasing him, according to the probable cause affidavit.

Hodoway initially thought the driver was an off-duty law enforcement officer because the Charger had black tinted windows with the words "Caution working K-9" in large white letters, according to the affidavit. Large white letters with "In God We Trust" were on the trunk, and "Unit 18-101" was marked on the car's rear right bumper, according to the affidavit.

The Ranger's driver arrived on the scene and told Hodoway he thought a sheriff's deputy was in the Charger and wanted to report the driver had been speeding and driving on the wrong side of the road and narrowly avoided hitting a school bus, according to the affidavit.

Hodoway searched the Charger and found a pair of chain handcuffs, a pair of hinged handcuffs and a collapsible metal baton, according to the affidavit.

Wilkerson was arrested that day.