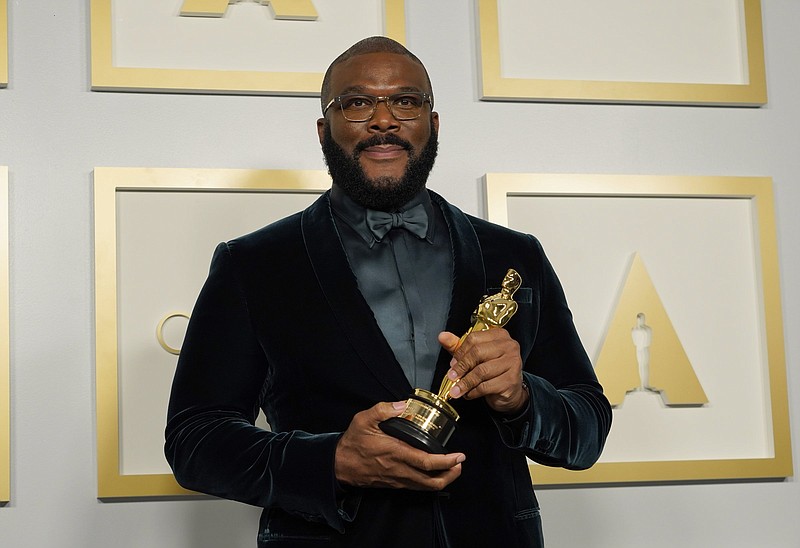 Tyler Perry, winner of the Jean Hersholt Humanitarian Award, poses in the press room at the Oscars on Sunday, April 25, 2021, at Union Station in Los Angeles. (AP Photo/Chris Pizzello, Pool)

• Mourners of the "Madea" franchise can take off their black veils. Tyler Perry is rebooting it with a 12th installment, "A Madea Homecoming," for Netflix after saying goodbye to the iconic character in 2019. Perry, who won an honorary Oscar for humanitarian work this year, said he planned to part ways with Madea at the premiere of the franchise's 11th film, "A Madea Family Funeral." "I don't want to be her age playing her, so it was time to shut it down and move on," Perry told the Hollywood Reporter in 2019. "I've got some other things I want to do ... I'm going to do something different." The Madea character has appeared in 11 plays, 11 movies, a handful of TV episodes and one animated feature called "Madea's Tough Love." Played by Perry, she is known for being a foul-mouthed, spunky grandmother. The character, however, has been criticized, most notably by director Spike Lee, for its resemblance to minstrel shows that depicted racist stereotypes of Black people. Perry shot back at Lee in 2011, stating that the franchise was being unfairly maligned. Perry's contract with Lionsgate, the movie studio that has released the "Madea" movies since 2005, ended in 2019. The franchise grossed more than $500 million dollars while at Lionsgate. Perry, who will write and direct the movie, will also be its executive producer, along with Michelle Sneed. The movie will be filmed at Perry's studio in Atlanta.

• Snoop Dogg is getting ready to bark out orders at Def Jam Recordings -- he's joining the label as an executive creative and strategic consultant. Def Jam announced this week that the newly created role for the iconic rapper "will allow (Snoop) to strategically work across the label's executive team and artist roster." Acts signed to the label include Kanye West, Nas, Justin Bieber, Big Sean, Logic, Jadakiss, 2 Chainz, Jeezy, Jhené Aiko, Bobby Sessions and late rapper DMX. Def Jam is a division of Universal Music Group, also home to Interscope Geffen A&M, Capitol Records and Republic Records. Snoop Dogg, 49, will be based in Los Angeles and will report to UMG Chief Executive Officer and Chairman Lucian Grainge as well as Jeffrey Harleston, Def Jam's interim chairman and CEO. Dogg, who released his debut album nearly 30 years ago, has sold 30 million albums worldwide, earned 16 Grammy nominations and topped the charts with several hits, from "Gin and Juice" to "Drop It Like It's Hot." He emerged from the West Coast on the gangster rap scene, with music produced by Dr. Dre and released on Suge Knight's Death Row Records. He has since become a multi-format entertainer and has appeared in several films, launched businesses and is a media personality, even earning an Emmy nomination alongside Martha Stewart in 2017. 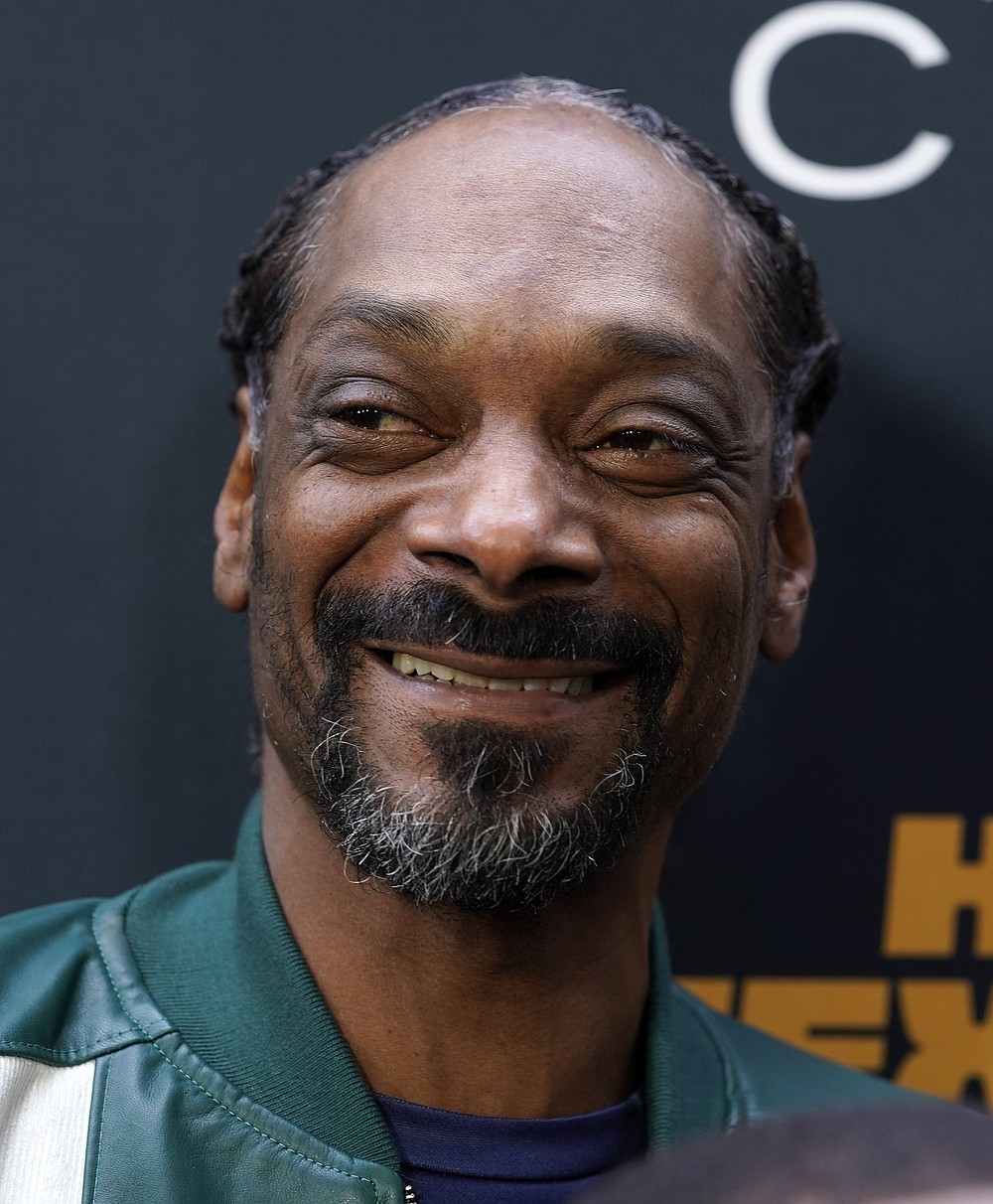 Snoop Dogg, a cast member in the film "The House Next Door: Meet The Blacks 2," poses at the premiere of the film at Regal L.A. Live, Monday, June 7, 2021, in Los Angeles. (AP Photo/Chris Pizzello)
ADVERTISEMENT