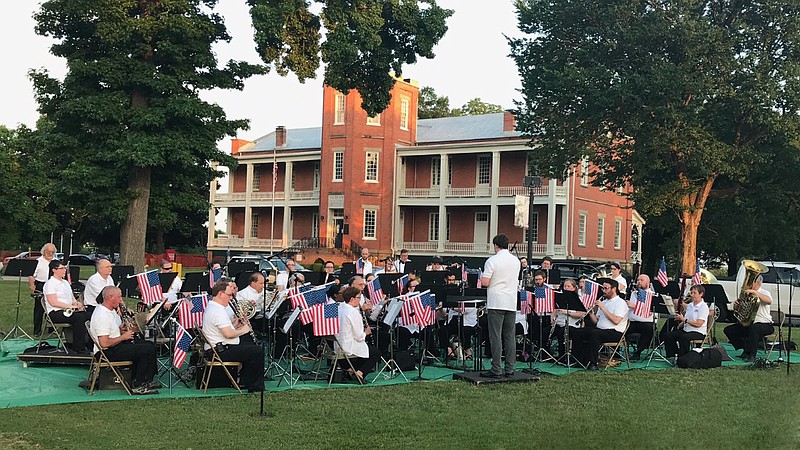 The Little Rock Winds perform for the 2018 Flag Day celebration at the MacArthur Museum of Military History in Little Rock’s MacArthur Park. (Special to the Democrat-Gazette)

The concert kicks off with the presentation of colors by the Little Rock Air Force Base Honor Guard, followed by the Pledge of Allegiance and the national anthem. The band will perform the songs of all the U.S. Armed Forces to recognize military veterans and active members.

Hosts are the museum and Little Rock Parks and Recreation; sponsor is Stone Bank. Blue Bell Creameries is providing free ice cream, Premium Refreshment will supply free bottled water and WoodmenLife will provide hand-held flags. Admission is free; attendees should take lawn chairs; picnic baskets are welcome. Inclement weather will force cancellation. Because construction on the next-door Arkansas Museum of Fine Arts reduces parking in the park, a trolley shuttle will run from the main post office parking lot at 600 E. Capitol Ave. to the park starting at 6 p.m. and after the concert until 9 p.m. Call (501) 666-0777 or visit lrwinds.org.

Habitat for Humanity of Central Arkansas holds its inaugural "Baggo Brats N' Blues" fundraiser, 3-6 p.m. Sunday at the Rail Yard, 1212 E. Sixth St., Little Rock. Tickets, $35, include a grilled bratwurst, one beer or soft drink, tournament and Baggo play and music by Charlotte Taylor and Bluesboy Jag; food will also be available from various food trucks and there will be happy-hour drink specials throughout the event. Habitat homeowners who have paid off their mortgages this year will hold a ceremonial "note burning." Visit tinyurl.com/x4em6x39. For more information, call (501) 376-4434 or email [email protected] 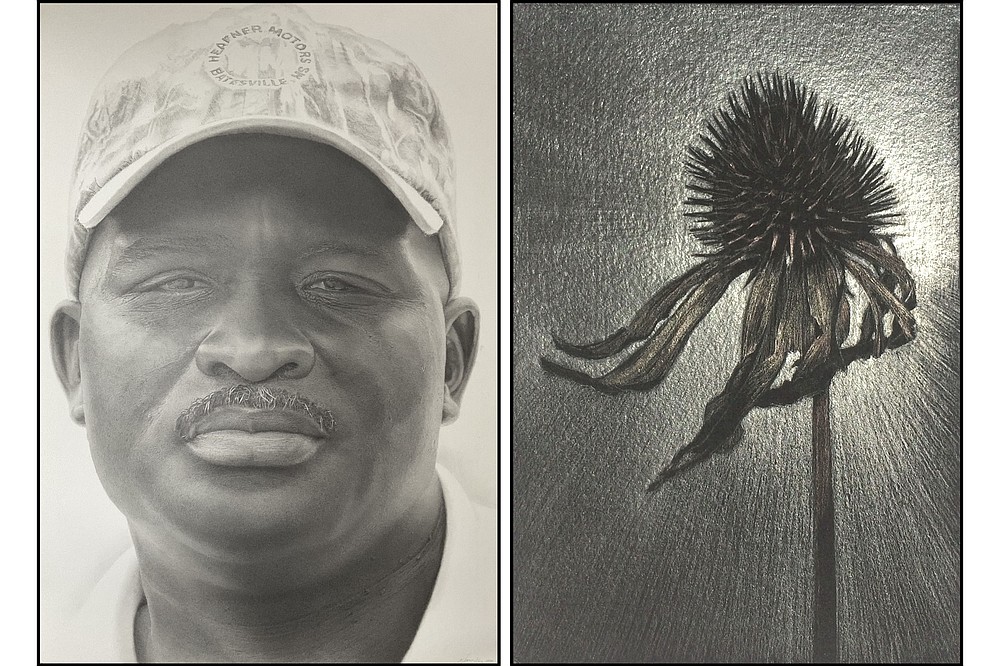 “Meeting in Oneida at Lee’s Grocery” from Aj Smith’s “Faces of the Delta” series and “Strong” by Marjorie Williams-Smith are on display through June 23 at the South Arkansas Arts Center in El Dorado. (Special to the Democrat-Gazette) 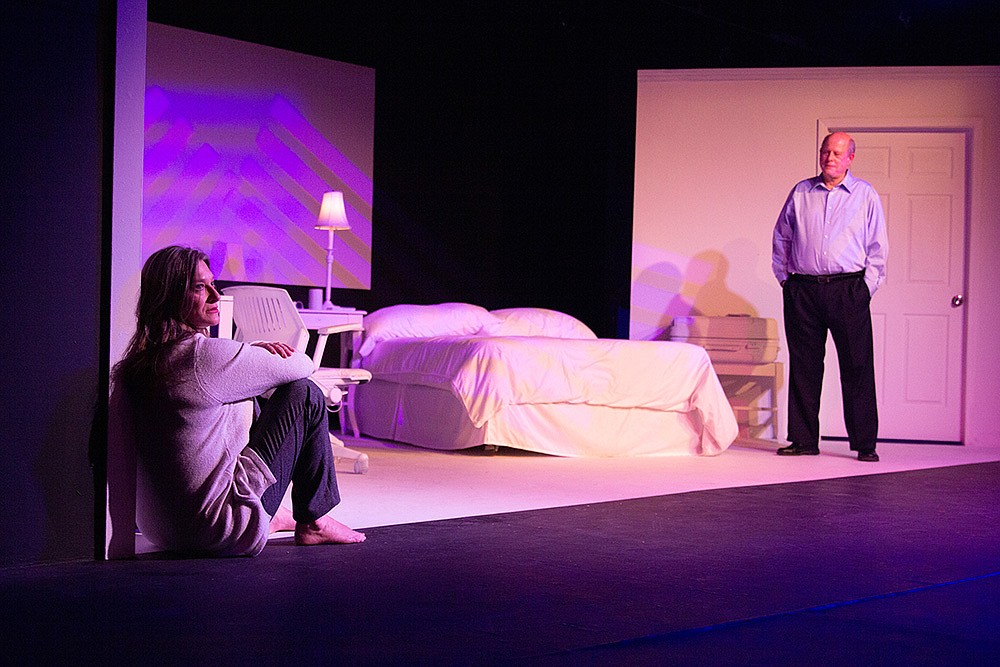 Heather Dupree and Duane Jackson onstage in “Hillary and Clinton” at the Studio Theater: The show is one of 12 the American Association of Community Theatre has chosen for its Virtual AACTFest 2021. (Special to the Democrat-Gazette/Matthew Sewell)

The American Association of Community Theatre has chosen Little Rock's Studio Theatre production of "Hillary and Clinton," by Lucas Hnath for its Virtual AACTFest 2021, the National Community Theatre Festival, Monday- June 20, streaming at 7:20 p.m. June 18 via Broadway on Demand. Visit aact.org/21 for registration and tickets. The cast includes Heather Dupree, Duane Jackson, Evan Tanner and JaColby Crossley. The production is one of a dozen from across the country and the U.S. military services chosen for the festival.

The Argenta Community Theater, 405 Main Street, North Little Rock, will hold auditions for "Steel Magnolias" by Robert Harling, starting at 10 a.m. June 26. Parts are available for six "passionate" female actors, age 18 and older, via cold readings from the script ("sides" will be provided); performers of all ethnicities are "strongly encouraged to audition," according to the theater management, which requests, "PLEASE do not compare yourself against the film version." Character breakdowns and more information are available at argentacommunitytheater.org/auditions. Heather Norris will direct. Rehearsals begin in August; a complete schedule will go out via email before rehearsals begin. Production dates are Sept 15-26, in partnership with Acansa Arts Festival of the South. Email [email protected]entaCommunityTheater.org to set up an audition time. Call (501) 353-1443.

Broadway veteran and Jonesboro native Matt Cavenaugh will direct a cast that includes actors from the 2009 Broadway revival, performers from northeast Arkansas and Arkansas State University and a community chorus. Neale Bartee will conduct the Delta Symphony.

The rest of the season:

◼️ Dec. 5 (2 p.m.) — Christmas Program, including a Santa-led sing-along; music from P.I. Tchaikovsky's "The Nutcracker" featuring dancers from the Foundation of Arts; traditional favorites (including "White Christmas," "Sleigh Ride" and "Dance of the Toys"); and a special "Christmas at the Movies" feature.

◼️ Feb. 27 (3 p.m.) — Violinist Gareth Johnson will solo in "Introduction and Rondo Capriccioso" by Camille Saint-Saens and premiere his arrangements of contemporary and hip-hop songs. The program also includes the "Symphony No. 5" by Ludwig van Beethoven and the "Festive Overture" by William Grant Still.