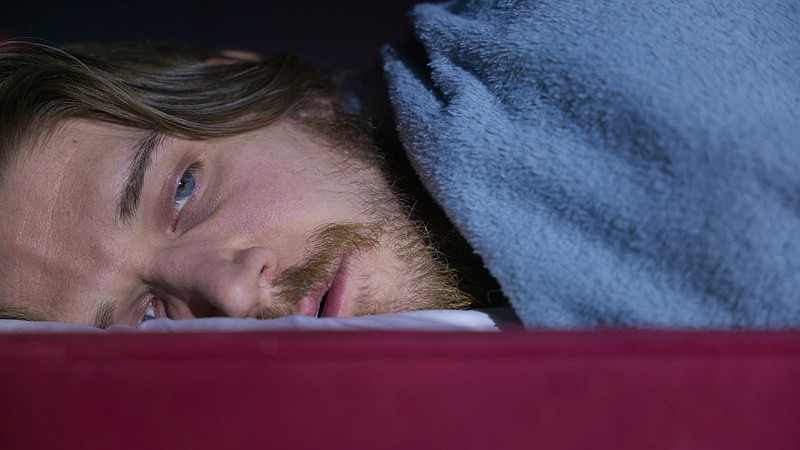 Bo Burnham appears in his latest Netflix special, “Inside.” (Netflix)

If art acts as a reflection of how someone experiences the world, what happens when an artist is no longer out there, taking it all in? As life in the pandemic increasingly moved to the internet, how did the art produced evolve to reflect the shift? Such questions have floated around creative spaces over the past year, whether in casual conversations or published treatises.

Of course, art serves the creator as much as it does consumers — and in some cases, even more. Many approached the period of isolation as an opportunity to look inward. Maybe they created with the intention of working through complex ideas, or at least of grappling with them to the extent that they could. While shooting a Netflix special throughout quarantine, Bo Burnham wondered how essential a role his humor could possibly play in a fraught time.

This doubt, while directed toward himself, wouldn't exist without his audience; titled "Inside," the new special languishes in Burnham's discomfort with being perceived, all while broadcasting his thoughts to Netflix subscribers to that very end. He wrote and performed numerous musical numbers that, now streaming, belatedly invite viewers into the depths of his uneasy mind. He appears alone throughout the nearly 90-minute run time, often in a literal spotlight.

"Inside" sets the stage with a synth-pop song about Burnham's struggles to perform mundane tasks in his new reality and, after a burst of energy, transitions to his tongue-in-cheek goal of "healing the world with comedy." He knows how it looks for a white guy to appoint himself savior of the universe. "So maybe I should just shut ... up," he says, pausing. A second later: "I'm bored."

The special doesn't try to make sense of life in prolonged isolation as much as it honestly conveys the debilitating nature of it. It also takes aim at the nature of performing life online. Burnham parodies YouTube gaming channels by acting out a video game where the tasks include finding a flashlight, playing the piano and crying four times. He takes a step back to highlight the bizarre online habits we have become accustomed to with a song about white women's Instagram accounts and a segment about corporations' behavior amid the so-called racial reckoning.

"The question isn't, 'What are you selling?' or, 'What service are you providing?'" Burnham says, posing as a social media brand consultant. "The question is, 'Who are you, Bagel Bites?'"

Burnham has explored the concept of online perception for years, on his YouTube channel and in his directorial debut, "Eighth Grade," released in 2018. The film's young protagonist makes motivational videos and uploads them to the internet, where she has almost no following. They are meant to inspire others but say more about the self-image she wants to project to the world.

With "Inside," Burnham speaks to the expansive audience Netflix can guarantee its more prominent collaborators. But the special serves a dual purpose and, as with the videos in "Eighth Grade," can also feel like the work of a man trying to figure out how he fits into society. In a singsongy conversation with a sock puppet about how the world operates, the puppet acknowledges that "the simple narrative taught in every history class is demonstrably false and pedagogically classist."

"Why do you rich ... white people insist on seeing every sociopolitical conflict through the myopic lens of your own self-actualization?" it asks Burnham.

As with a couple of others, the bit is purposefully over the top, and its mileage may vary based on how fresh an observation one perceives the puppet's admonishment to be. But it is as clear a look into Burnham's internal reckoning as it gets. In the absence of an audience, he steps into viewers' shoes, and "Inside" winds up being a curious exercise by an artist speaking to and from his psyche.