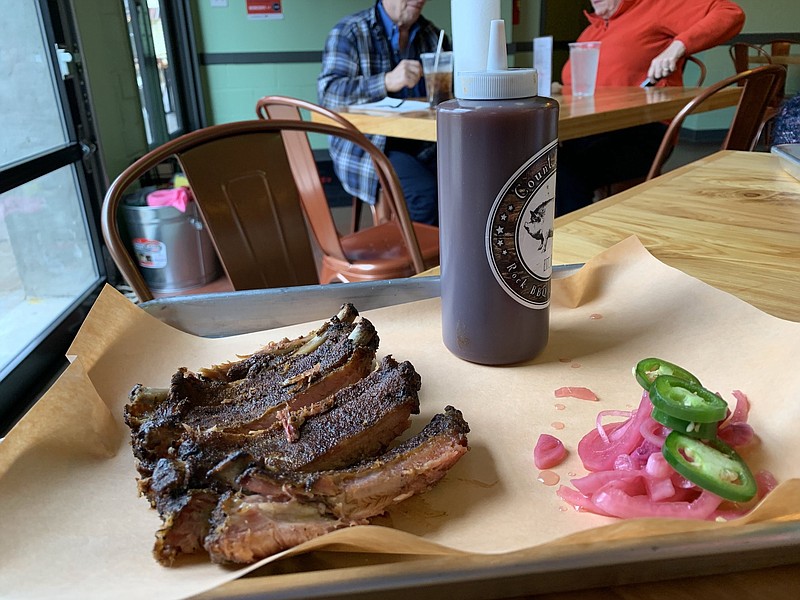 Count Porkula BBQ, which operates in The Rail Yard, 1212 E. Sixth St. in Little Rock's East Village, is partnering with JTJ Restaurants LLC., which operates eight Arkansas Taziki's restaurants and, in Central Arkansas, Petit & Keet and Cypress Social, to open a second location in early 2022 at 201 Keightley Drive in Little Rock's Pulaski Heights. Yes, that's the site of what had been the Ozark Country Restaurant, which permanently closed following a 2018 fire.

The new 2,900 square-foot restaurant will feature indoor and outdoor seating, a full bar, curbside, to-go service and online ordering, with the same or a similar menu to the Rail Yard operation, which will continue.

The partnership, in addition to JTJ's James, Tommy and Jake Keet, also involves Michael Bodnar of Fresh Hospitality, the parent company of Taziki's, and Mark Waldo of Waldo's Chicken & Beer, with whom JTJ is partnering in expanding that chain's operations into Arkansas and Oklahoma, starting with a restaurant in the former Johnny Carino's, 4221 Warden Road, North Little Rock.

Count Porkula co-owners Walt Todd and Kelly Lovell started Count Porkula in 2008 as a food truck and moved into its Rail Yard brick-and-mortar space in 2018. Its website is countporkulabbq.com. 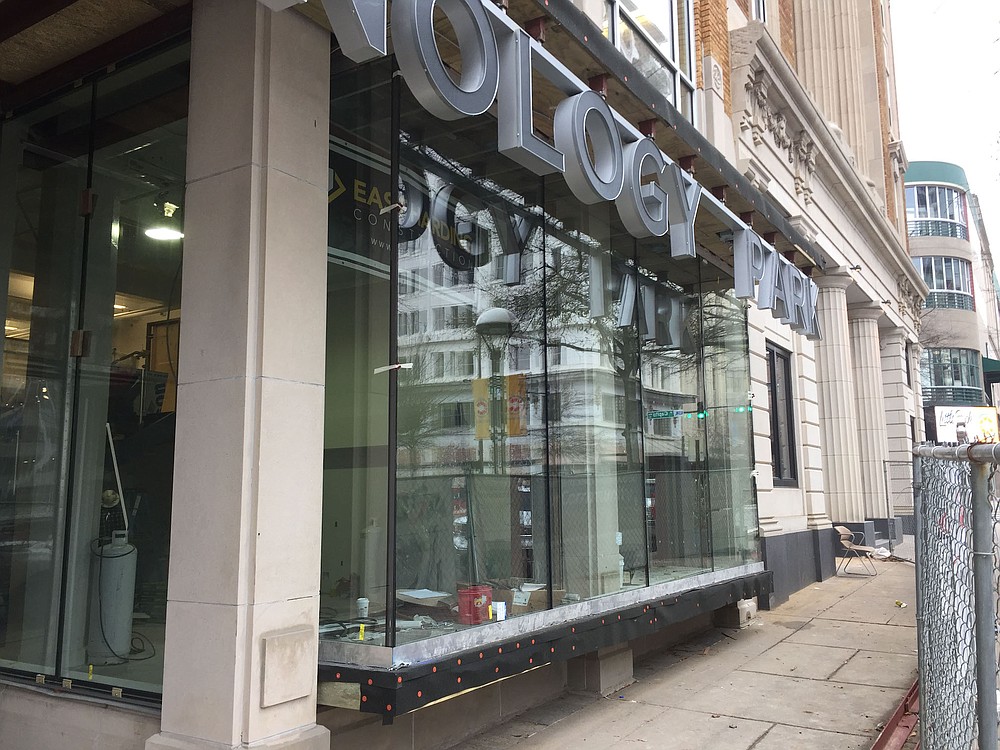 The Paranoid Android will open in July in the space in the Little Rock Technology Park formerly occupied by Blue Sail. (Democrat-Gazette file photo/Eric E. Harrison)

The coffee shop in the Little Rock Technology Park, 417 Main St., formerly Blue Sail, will reopen in mid-July (soft opening target, July 12) as The Paranoid Android. It's the third area coffee shop from Little Rock entrepreneur Creighton Ralls' company, Cleopatra. (The others are 2Twenty1 at Second and Center streets and Cleo's Corner, located inside the Arkansas Department of Commerce, 1 Commerce Way in Little Rock's Riverdale.) The coffee shop opening will also mark the Tech Park's official reopening to the public. (It has been open to tenants during the pandemic, but public spaces haven't.) The shop will serve coffee, light breakfast and lunch options and pastries with eventual happy hour(s), 7:30 a.m. until at least 3 p.m. Monday-Friday. Visit theparanoidandroid.co.

Owner-guru Kyle Pounders told patrons in a Tuesday-morning email blast that his Excaliburger food truck, which apparently had been taking a break from "drive-thru" service in the lot at 3600 Cantrell Road, Little Rock, would reopen Wednesday "as normal, rain or shine." If he keeps to his previous hours, you can get one of his extraordinary cheeseburgers for lunch (11 a.m.-2 p.m.) and dinner (5-8 p.m.) Tuesday-Saturday. Place advance orders via the website, Excaliburger.com.

And speaking of food trucks, today's Ortho Eat & Go, 11 a.m.-1:30 p.m. or until the vendors (Nachyo Nachos, Magic Food Bus, ShoBo's Kitchen and Cheesecake on Point) sell out, on the south lot of OrthoArkansas, 800 Fair Park Blvd., Little Rock, will be the last one until September. The company has been picking a local charity for each biweekly "session," for which it will match patrons' contributions; this week's is CareLink.

Maumelle-based blogger Neal Moore reports that the former Captain Express Hawaiian BBQ & Sushi, 15 Carnahan Drive, Maumelle, is apparently transitioning into Hokaben Japanese Kitchen. A Facebook page (facebook.com/hokaben.us) apparently connected to the new restaurant contains nothing but a coming-soon banner announcing, "A New Taste Is Coming to Your Town." Moore says a banner on the door also proclaims that something is "Open Soon."

We are now almost certain, based on plans submitted to the Little Rock Board of Adjustment seeking a zoning change, that the former McDonalds at Seventh Street and Broadway, Little Rock, vacant since the opening of a new McDonalds a block north and across Broadway, is to become a Chick-fil-A. The site plan also would require the tear-down of the building facing Seventh between Broadway and Spring Street, which has housed, among other retail outlets, Ciao, which closed in January. The building, though built in 1920, "has been pretty heavily compromised" and is likely not eligible for historic listing," said Patricia Blick of QQA. Tearing down the old building and erecting a new one, according to the site plan, would appear to indicate that the Chick-fil-A will primarily operate a drive-thru, in a similar fashion to the one currently under reconstruction on West Markham Street across from Park Plaza.

Stone's Throw Brewing, the Little Rock Kickball Association and CARE for Animals are sponsoring the Big Red Ball Homebrew Contest fundraiser, 6-9 p.m. Saturday in the parking deck at Sixth and Scott streets. Attendees ($30 in advance, $35 at the door; visit tinyurl.com/btrzuzrp) can sample and judge dozens of home brews; Low Ivy Catering will supply dinner and there will be dogs available for adoption.

And frozen yogurt pioneer TCBY (The Country's Best Yogurt, originally This Can't Be Yogurt), the first store of which Frank D. Hickingbotham opened in 1981 in Little Rock, is marking its 40th anniversary, while opening 12 new U.S. locations in the past year and six more in the coming months. It's now a subsidiary of Mrs. Fields Famous Brands and based in Broomfield, Colo.; there are six Arkansas outlets, in Little Rock, North Little Rock, Conway, Centerton, Rogers and Harrison. Visit tcby.com.