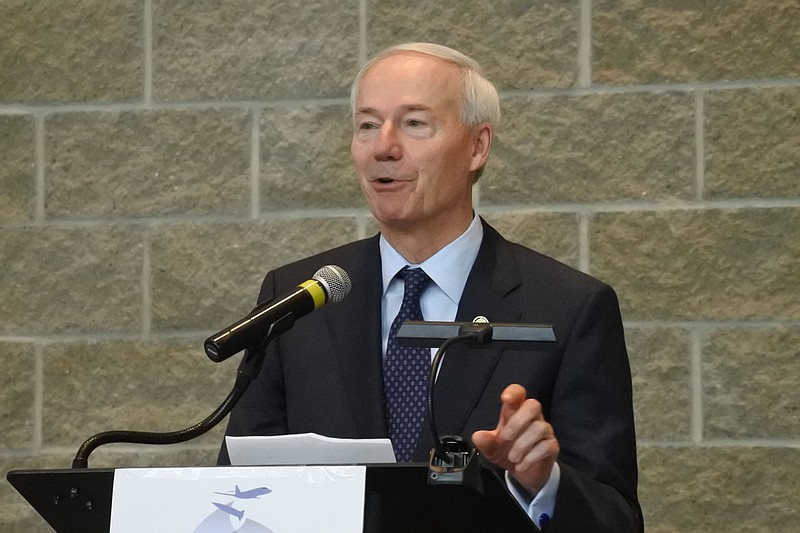 FORT SMITH — City directors will decide next week whether to contribute to a $22 million runway extension at Ebbing Air National Guard Base to prepare for new training missions.

Gov. Asa Hutchinson said this week the state has committed $17 million to add 1,300 feet of runway at the base, which is home to the 188th Wing of the Arkansas Air National Guard.

City administrators have recommended the city pay an additional $5 million toward the project. The city Board of Directors will consider approving that expenditure during its meeting at 6 p.m. Tuesday, according to Shari Cooper, a city spokeswoman. The money would come from the city’s general fund.

The Air Force on June 3 announced Ebbing as the preferred location to set up a Lockheed Martin F-35 Lightning II training center for Foreign Military Sales participants and the new home for a Singaporean General Dynamics F-16 Fighting Falcon training unit. The base had been selected in July as one of five possible sites to host this mission.

Selfridge Air National Guard Base in Mount Clemens, Mich., is the alternate site in case an environmental impact analysis by the Air Force shows Ebbing to be an unsuitable location. The Air Force anticipates a final decision in spring 2023.

The $22 million combined commitment from the state and Fort Smith administrators for the runway extension was confirmed in a March 30 letter from Hutchinson to John P. Roth, acting secretary of the Air Force. Hutchinson in the letter said it became clear after a site visit at Ebbing by the Air Force’s Air Education and Training Command officials and a delegation from the Republic of Singapore’s air force additional runway would make the base more suitable to host the new missions.

Hutchinson said Tuesday the state’s share could come from the Legislature approving the use of rainy day or restricted reserve money, as well as the Quick Action Closing Fund.

Tim Allen, president and chief executive officer of the Fort Smith Regional Chamber of Commerce, said Wednesday the runway extension would benefit not only the military as far as the training missions are concerned, but also the community. He believes it would help him attract more projects from the Department of Defense to the city, in addition to more commercial airlines.

“So the additional runway helps us on many fronts, not just Project Phantom, or the F-35 project,” Allen said. “It helps us in economic development across the board.”

Allen said the extension is due to be finished in June 2023.

Foreign Military Sales is a security assistance program authorized by the Arms Export Control Act. The act allows the U.S. to sell defense equipment, conduct training and provide services to a foreign country when the president deems doing so will strengthen U.S. national security and promote world peace, according to an Air Force news release.

Singapore’s Air Force is an F-35 Foreign Military Sales customer that wants its F-16 squadron, currently at Luke Air Force Base in Glendale, Ariz., with its F-35 aircraft at a long-term site.