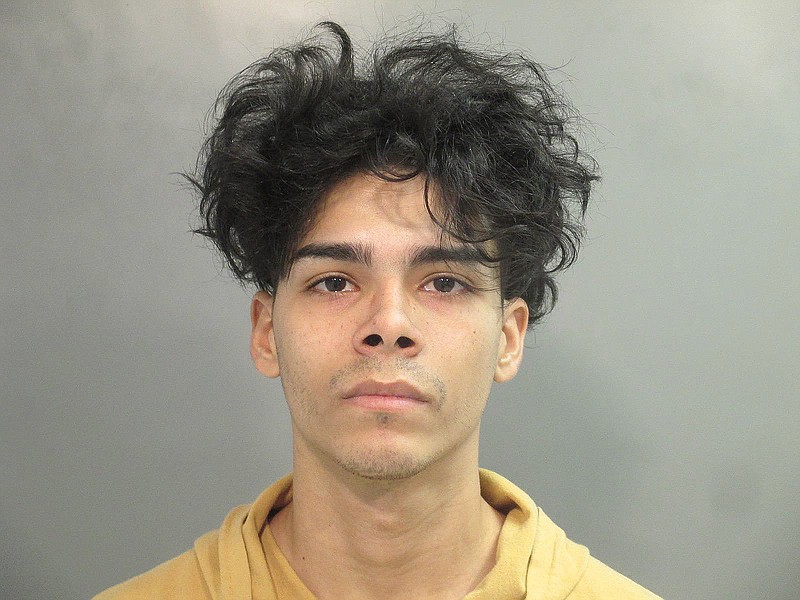 FAYETTEVILLE -- A judge in Washington County set a trial date Monday for a Lowell man charged with capital murder and attempted capital murder in a 2019 Springdale shooting.

Police officers were flagged down at the Kum & Go, 1260 E. Robinson Ave., just after 3 a.m. June 22, 2019, and were told there had been a shooting in the parking lot of the neighboring McDonald's, according to a news release from police.

Witnesses told police Ascencio, Bahena-Garcia and a third man in a wheelchair entered the parking lot where they aggressively approached a group of people who were standing around their cars. Gang signs were "thrown." A physical fight ensued. Then, shots rang out, witnesses said.

One witness told police Soto-Ramos' brother was punched in the face. Franklin Soto-Ramos then got a gun from a nearby car and started shooting at the victims before he fled the scene, witnesses said.

Soto-Ramos was tracked through Missouri, Illinois and Indiana by pinging a cellphone belonging to Soto-Ramos' girlfriend, who was with him. Police believe Soto-Ramos was trying to reach family in Indiana.

Soto-Ramos was arrested outside Indianapolis, according to Springdale police. He was returned to Northwest Arkansas and booked into the Washington County jail with no bail set.

Soto-Ramos also faces a battery charge related to an altercation in the jail last year.

Capital murder is punishable by life in prison with no possibility of parole or the death penalty.