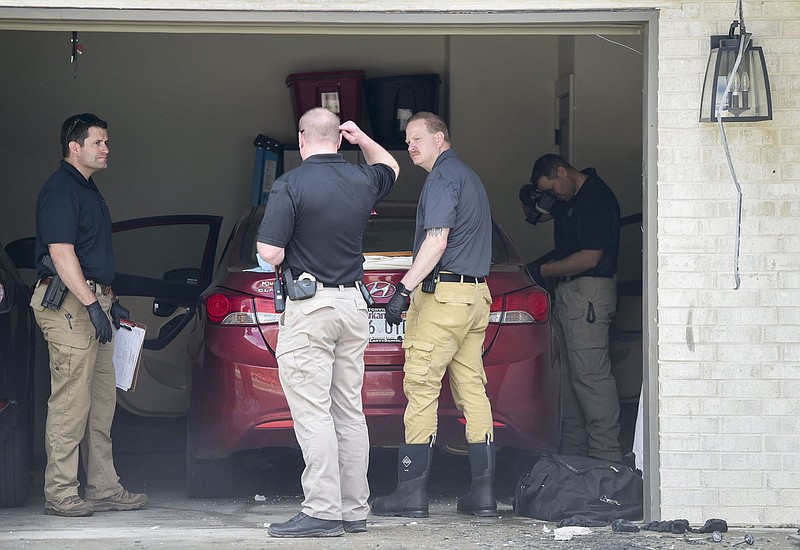 BENTONVILLE -- A house fire last week in which two bodies were found appears to have been deliberately set, according to a news release Monday.

Bentonville police and firefighters were called at 4:18 a.m. Thursday to a house fire at 3211 S.W. Riverstone Ave., according to Adam McInnis, the Police Department's public information officer. The caller said the home was engulfed in flames, and the fire was threatening other homes, McInnis said.

The body of a man was found inside a vehicle parked in the home's garage. The man had a self-inflicted gunshot wound to his head, according to Monday's news release. His name hasn't been released as investigators are working to notify his next of kin, the release stated.

The second body was found in a bedroom in the home. The body was severely burned and investigators are working to confirm the identity. Both bodies have been sent to the state Crime Laboratory.

The incident is under investigation by the Police Department's Criminal Investigations Division, the Bentonville Fire Marshal's Office, the Benton County Coroner's Office and the Crime Lab.

The single-family home, part of the Stone Meadow subdivision in west Bentonville, was built in 2018, according to Benton County Assessor's Office records.